The Hunchback of Notre Dame 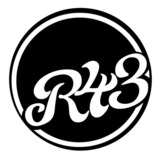 
As the bells of Notre Dame’s cathedral sound in fifteenth-century Paris, Quasimodo - a deformed, captive bell-ringer - observes the city’s Feast of Fools from afar.

As the bells of Notre Dame’s cathedral sound in fifteenth-century Paris, Quasimodo - a deformed, captive bell-ringer - observes the city’s Feast of Fools from afar. Escaping his captor Frollo to join the festivities, Quasimodo is rejected by every reveler except the beautiful Gypsy, Esmeralda – with whom he is immediately smitten. However, a handsome Captain and Frollo are equally enthralled by her. As they vie for her attention, Frollo embarks on a malevolent mission to destroy the Gypsies and steal her love. It’s up to an unlikely hero to ring true and save the day in this transformative musical celebration of love and acceptance.

THE HUNCHBACK OF NOTRE DAME is part of the Kulas Musical Theater Series at Great Lakes Theater.

The Hunchback of Notre Dame Playbill 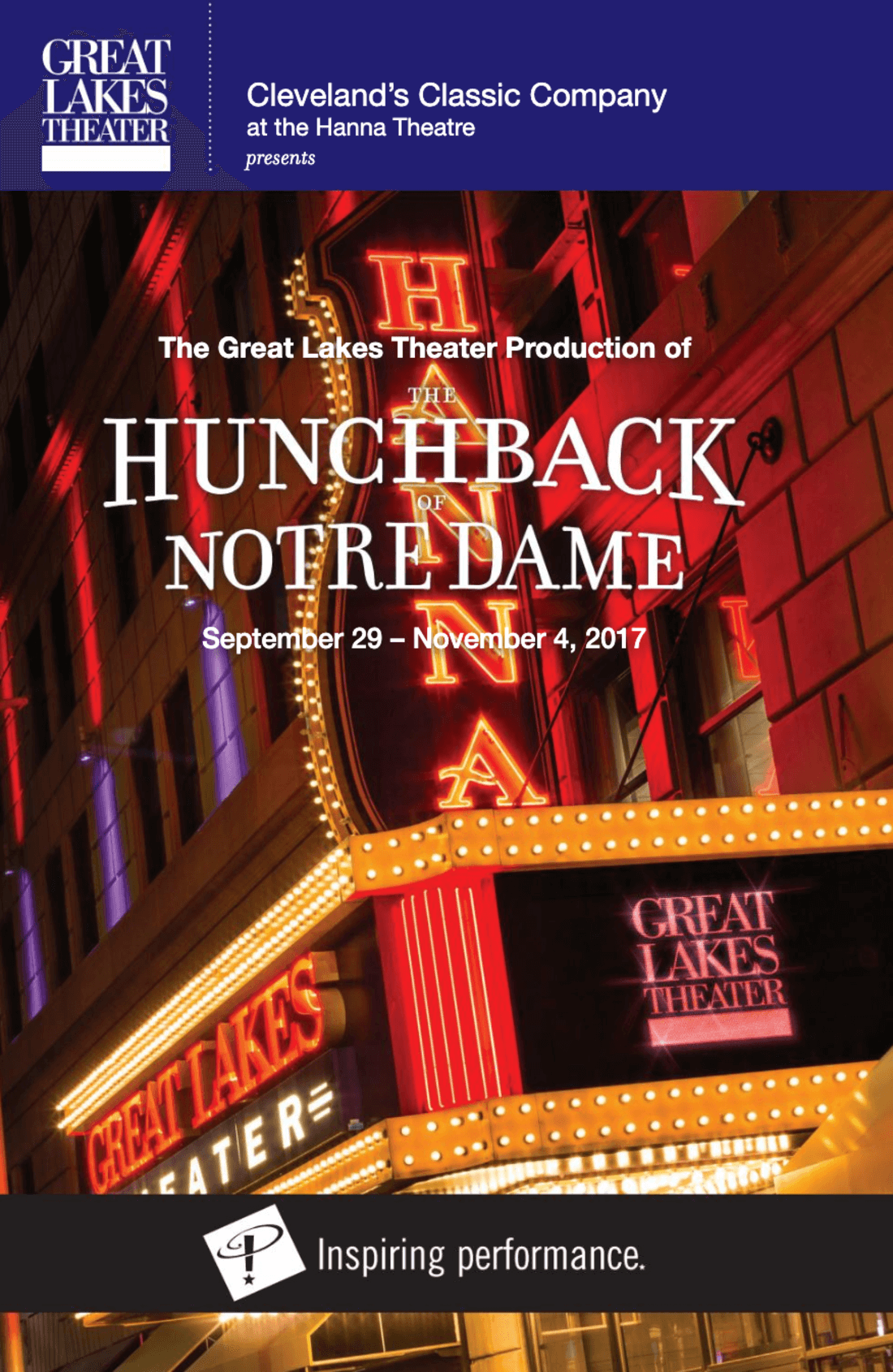 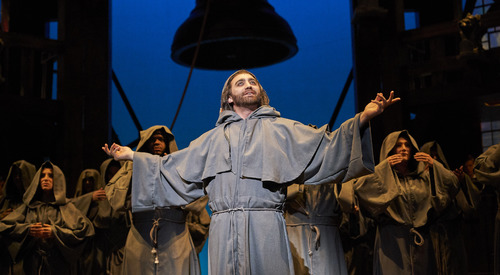 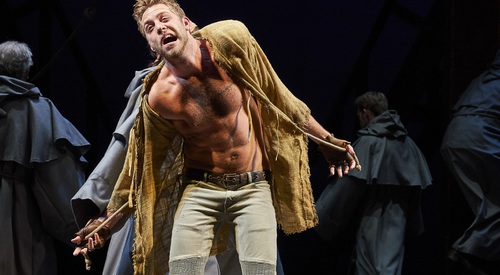 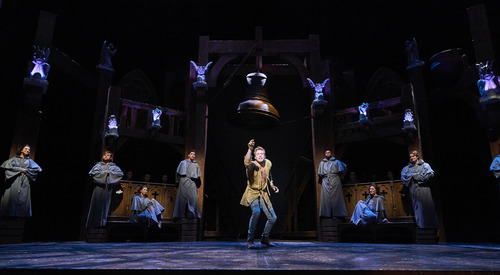 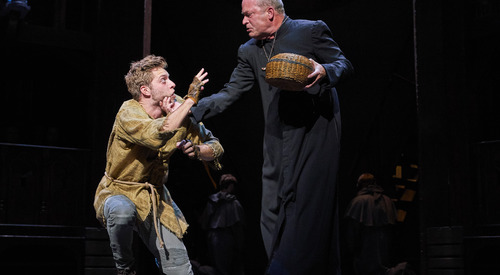 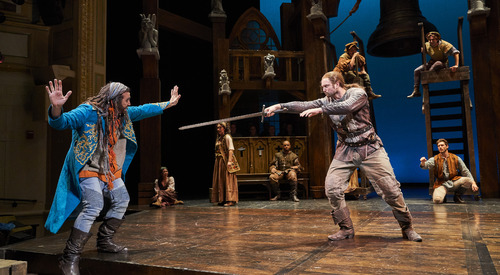 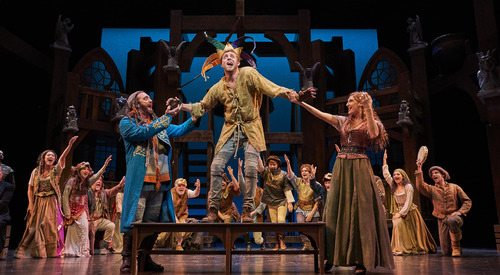 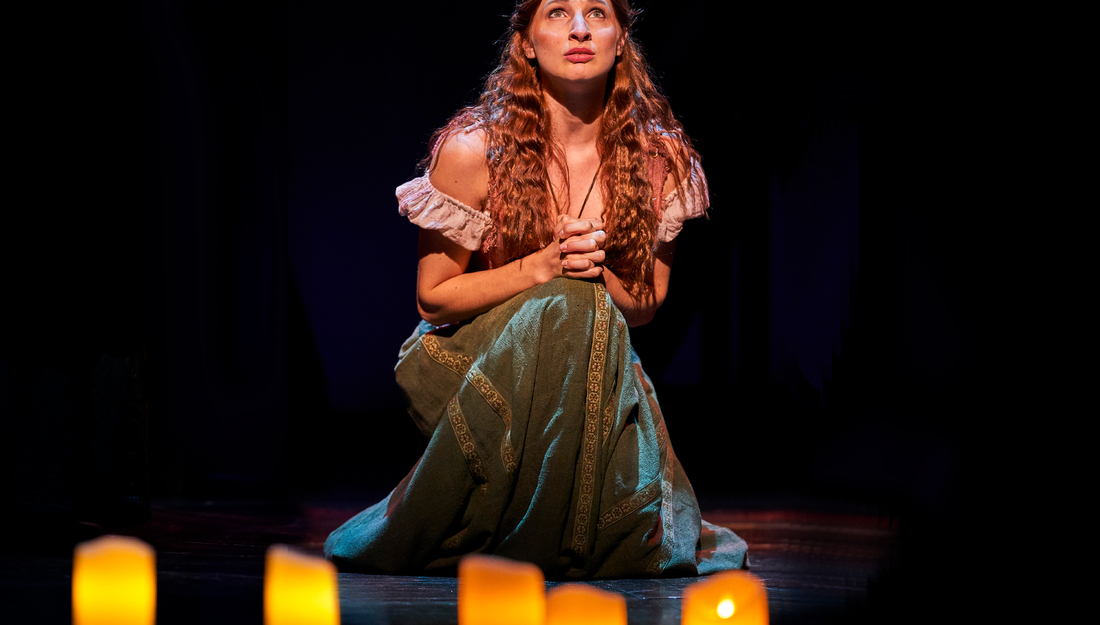 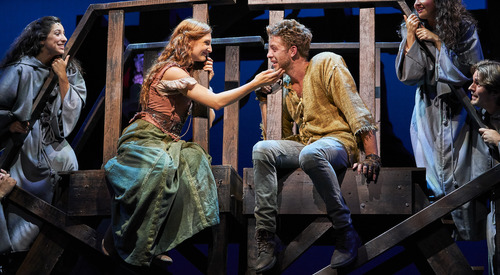 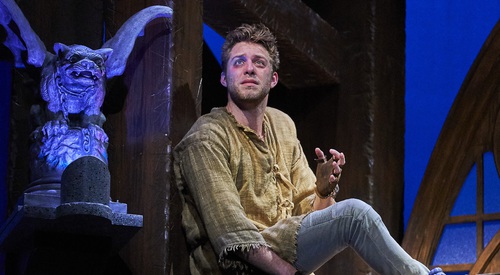 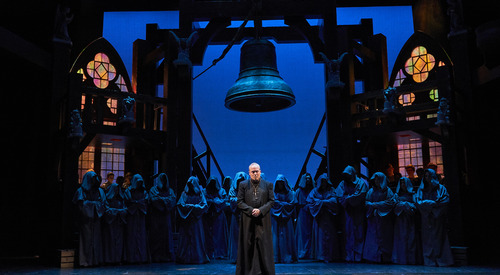 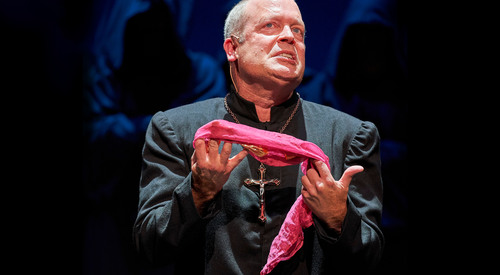 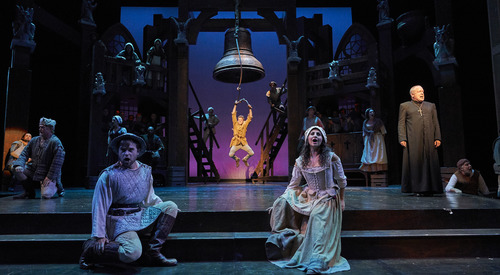 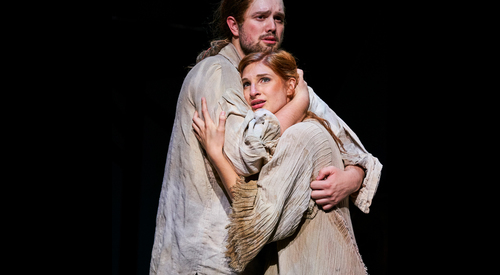 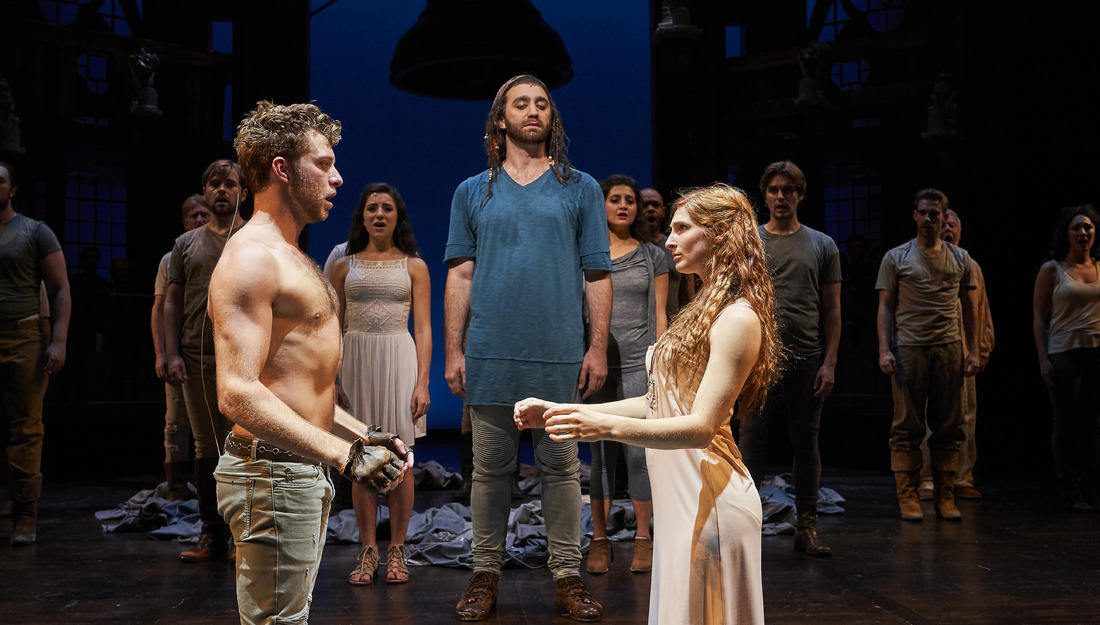 I entered the world of Quasimodo in the same way I tackled The Phantom of the Opera and Les Misérables -- through the eyes of the novelist. I love doing this kind of “detective work” and always try to find my way back to the original source of inspiration for the writer; I was slightly shocked and very excited to read that Victor Hugo’s creative inspiration for this monumental novel was his discovery of the word ‘ANANKE’, the Greek word for ‘FATE’, carved as graffiti into an obscure wall of one of Notre Dame Cathedral’s towers.

According to the Cambridge dictionary, the word “Fate” is defined as:

A power that is considered to cause and control all events, so that people cannot change or control the way things will happen.

Although the novel is layered with Hugo’s extensive thoughts on many topics including gothic architecture, religion, politics, immigration and even some amusing swipes at theater – particularly playwrights; it is this concept of Fate that hangs heavily over the novel. Archdeacon Claude Frollo is doomed by his mind; he is torn between the impossibility of his situation, “Oh, to love a woman! To be a priest!” Esmeralda is doomed by her beauty – a beauty that causes women to hate her and men to renounce even God. And finally, Quasimodo is doomed by his heart; he will go to any length, commit any selfless act, to save Esmeralda.

The long reach of fate extends even into death as we can see in the tragically beautiful final chapter of the novel, taking place two years after the death of Esmeralda and the simultaneous disappearance of Quasimodo. While searching the burial vault containing the remains of those who had been put to death, a strange discovery is made: “…two skeletons, one of which held the other in a singular embrace. One of these skeletons, which was that of a woman, had still about it some tattered fragments of a garment, that had once been white… The other, which held this one in a close embrace, was the skeleton of a man. It was noticed that the spine was crooked, the head depressed between the shoulders, and that one leg was shorter than the other. Moreover, there was no rupture of the vertebrae at the nape of the neck, whence it was evident that he had not been hanged. Hence the man to whom it belonged must have come thither and died there. When they strove to detach this skeleton from the one it was embracing it crumbled to dust.”

While in the final stages of writing the novel, Victor Hugo returned, once again, to Notre Dame, only to discover a final strange twist of fate; his inspirational word, Ananke, had been erased – whitewashed over by caretakers of the cathedral. Hugo was so distressed by his finding that he wrote in the preface to the novel, ““Since then the wall has been plastered over or scraped—I forget which—and the inscription has disappeared. For thus, during the past two hundred years, have the marvelous churches of the Middle Ages been treated. Defacement and mutilation have been their portion—both from within and from without.”

Though the original inspiration has disappeared, the novel went on to inspire 13 films, 6 plays, 5 ballets, 5 television dramas and last but not least, tonight’s larger than life musical. Fate, indeed.

The Hunchback of Notre Dame is a very unique show – and a Music Director’s dream – because of the style and writing of its music. Carefully constructed to emulate the clerical sounds you’d hear within the cathedral walls of Notre Dame, the music creates an epic voice which narrates the story from start to finish. Many devices are used in the writing to achieve this, but the standout feature is the addition of the community choir, comprised of local talent. Where most musicals rely on a cast of roughly twenty to create vocal strength and harmony, Hunchback doubles the voices you hear to achieve the richness and beauty of a massive cathedral choir. It is an extremely effective way to deliver the dramatic storyline of a community coming together to fight against the unjust. In fact, the addition of the community choir draws valuable parallels to the story by giving regional theaters an opportunity to reach out to their communities, asking them to come together as a choir to deliver Victor Hugo’s message. As Music Director, it’s an amazing opportunity to tie together the sounds of a fully-trained orchestra, a professional cast of actors from across the country, and local choirs willing to pour heart and soul into the music they sing. The teamwork and harmony we create is indeed the essence of this incredible piece.