On a tiny Greek island, Sophie is making final preparations for her wedding day in paradise.

Little does her mother Donna know that Sophie’s last minute preparations include sleuthing out who her father may be among three possible candidates that she’s secretly invited. The story-telling magic of pop-hit songs propels this enchanting tale of love, laughter, family and friendship…which concludes with a trip down the aisle that you’ll never forget! 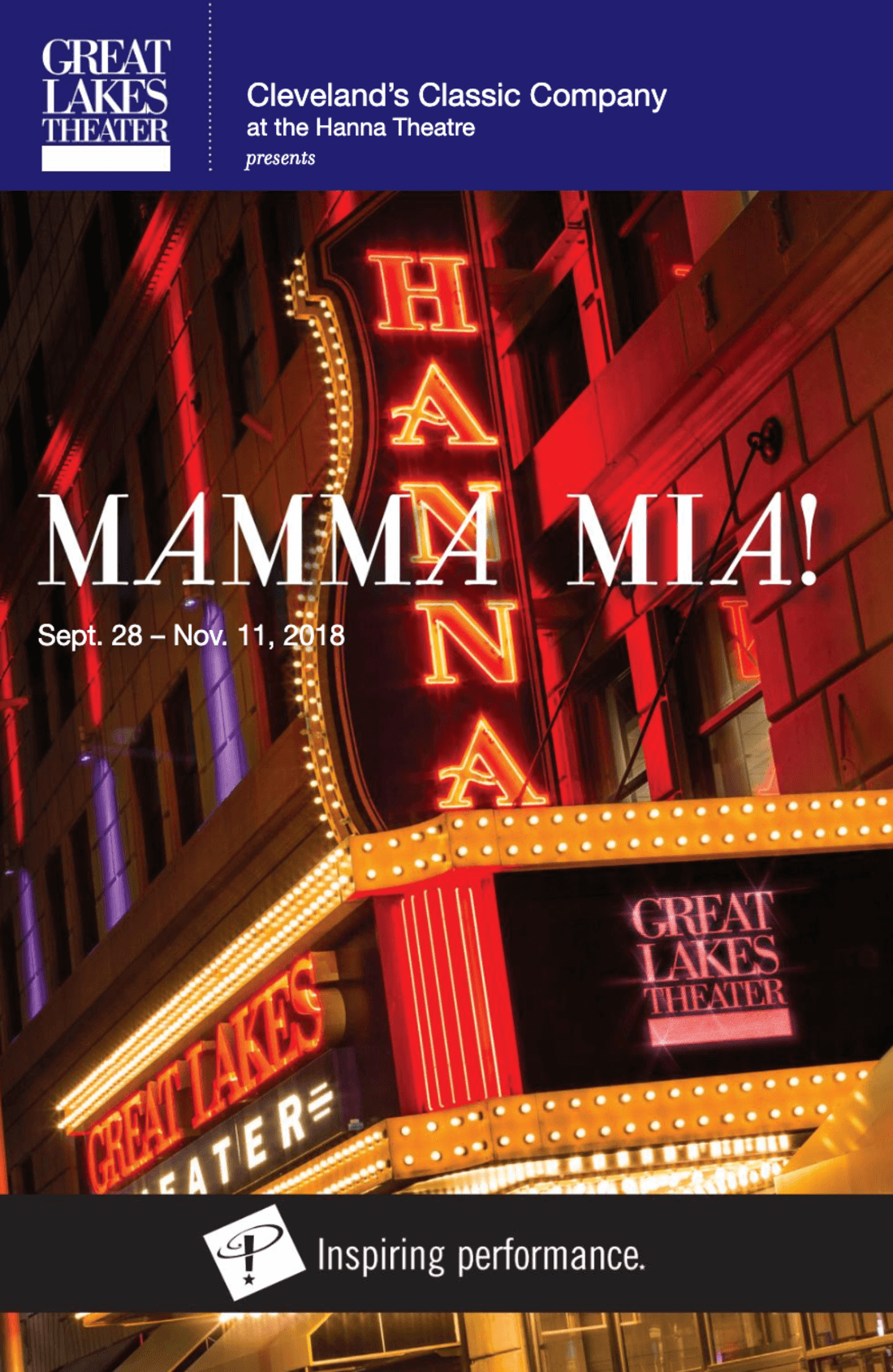 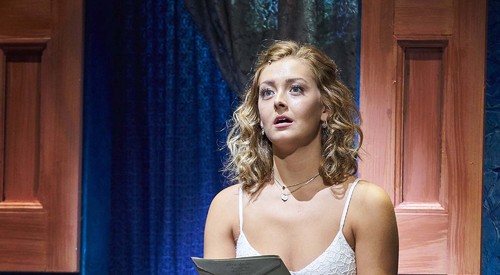 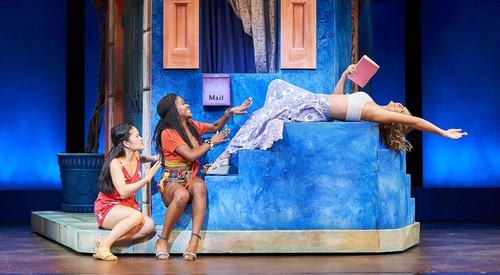 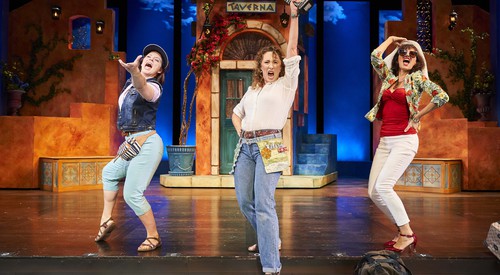 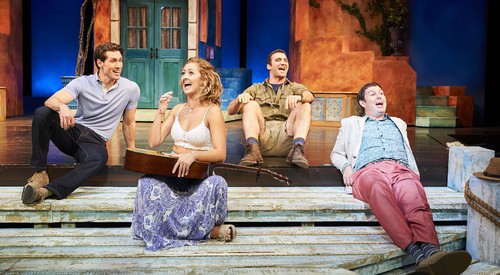 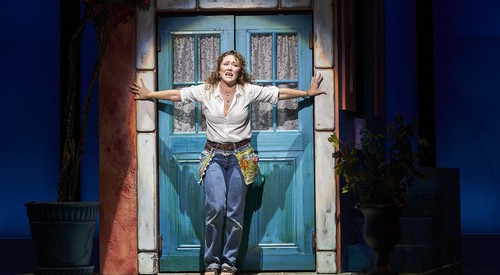 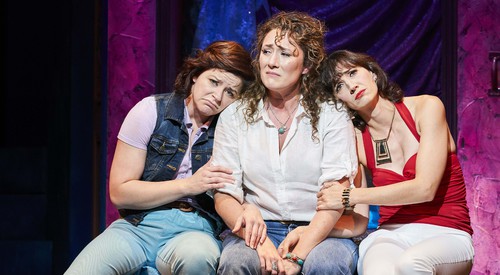 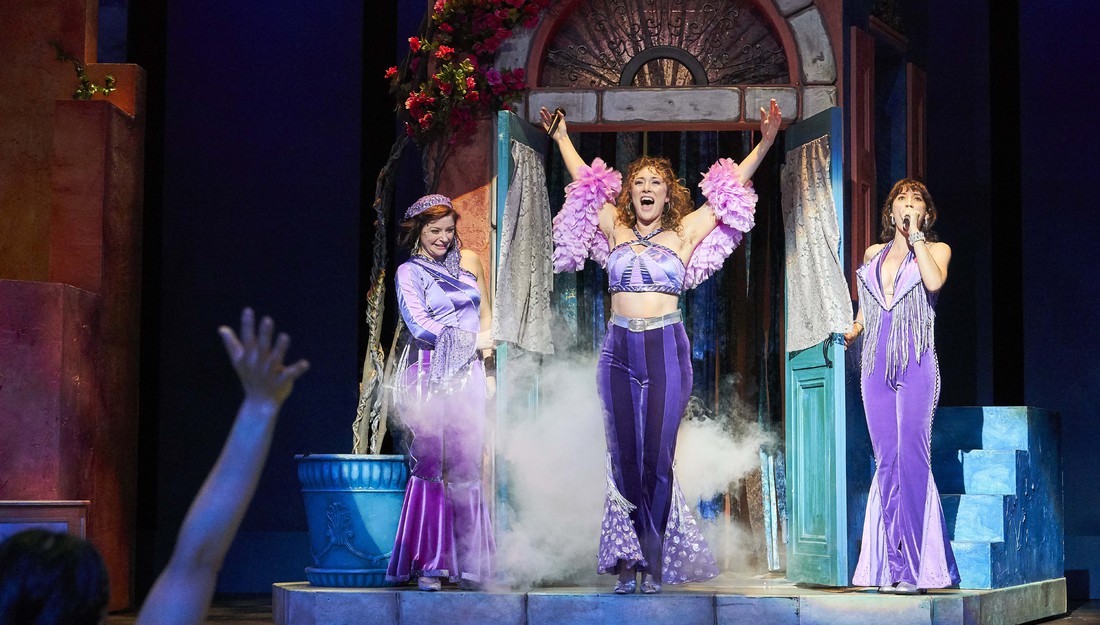 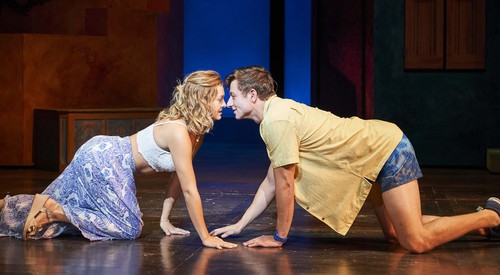 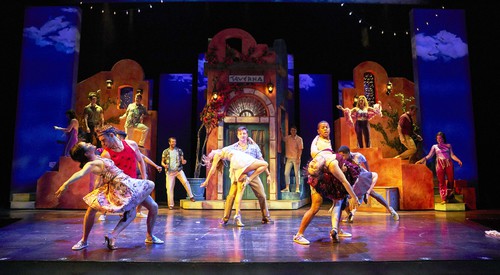 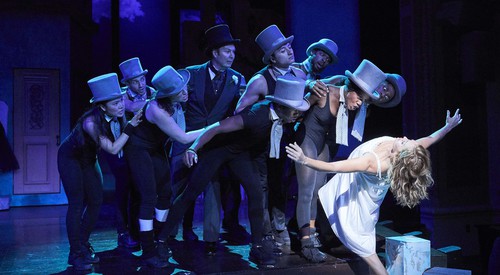 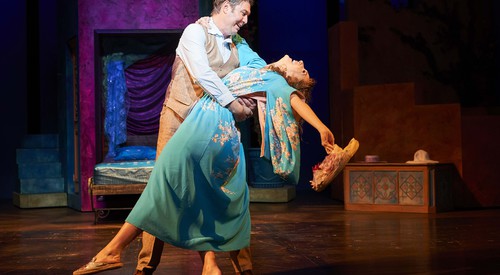 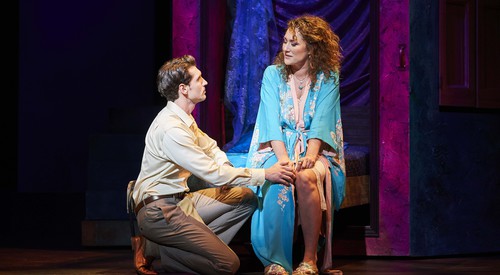 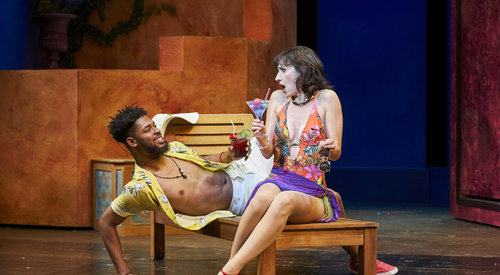 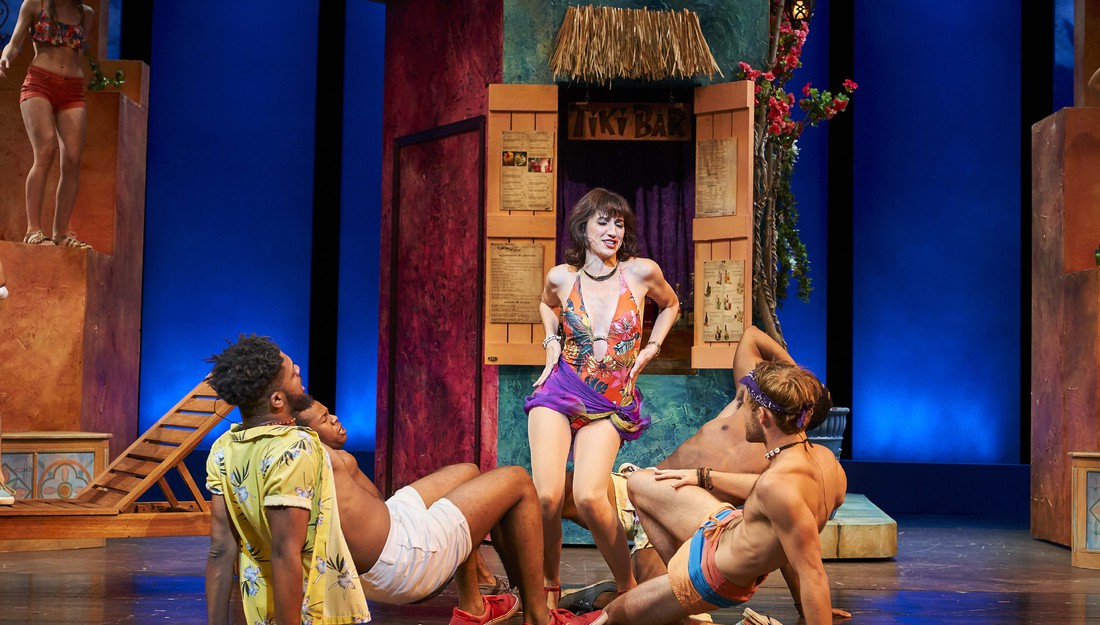 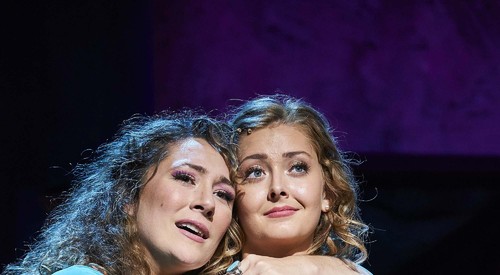 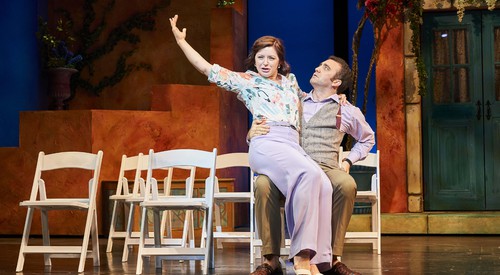 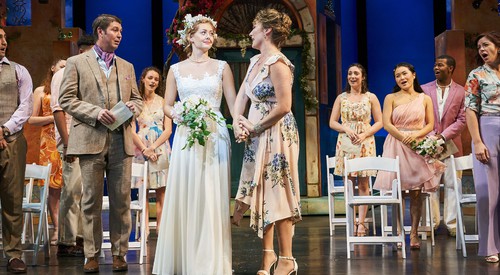 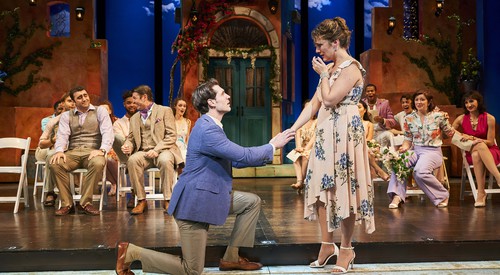 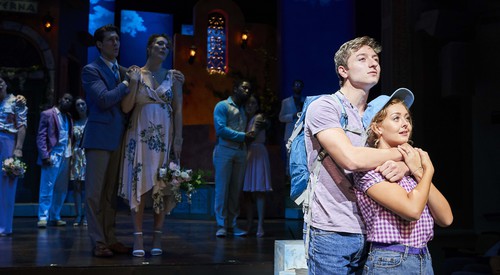 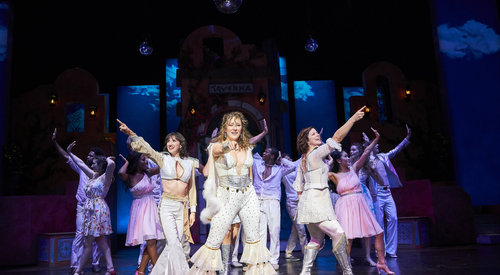 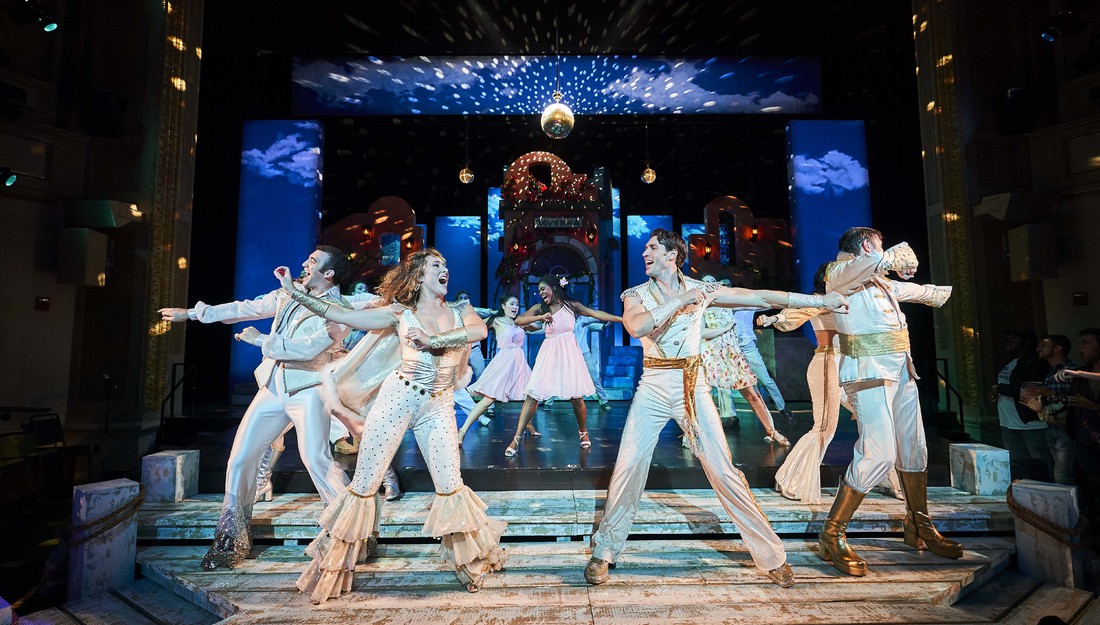 ACT II
Entracte - Orchestra
Under Attack - Sophie & Company
One Of Us - Donna
SOS - Donna & Sam
Does Your Mother Know - Tanya, Pepper & Company
Knowing Me, Knowing You - Sam
Our Last Summer - Harry & Donna
Slipping Through My Fingers - Donna & Sophie
The Winner Takes It All - Donna
Take A Chance On Me - Rosie & Bill
I Do, I Do, I Do - Sam, Donna & Company
I Have A Dream - Sophie
Encore
Mamma Mia - Company
Dancing Queen - Dancing Queen
Waterloo - Company

Thirty-six years after their breakup, the Swedish rock band ABBA remains one of the most popular bands in the history of pop music. Recognized for their subversive music, their simple, direct, and sometimes solemn lyrics were masked in a bright, cheery fashion with a beat that is irresistible. The band catapulted to success in 1974 but wasn’t accepted by club DJ’s until the mid-80’s at a time when AIDS was horribly destroying a community. Several of ABBA’s songs became anthems for forlorn people trying to keep their humor amidst unbearable grief.

Ten years after the group disbanded, and following their resurgence in the club scene- ABBA GOLD- a greatest hits compilation record was released in 1992 and skyrocketed to the second largest-selling album in the UK, surpassed only by The Beatles, marking the revitalization of ABBA in the collective conscience. Seven years later, MAMMA MIA! exploded.

Referred to as a ‘jukebox musical’- a show that features popular songs from a particular or variety of artists - MAMMA MIA left an undeniable impact on modern musical theater history. Between the 1970’s and its debut in 1999, there were only 17 shows that fell into the category of jukebox musical. Post its meteoric splash, there have been over 70 jukebox musicals created - Jersey Boys, We Will Rock You, Rock of Ages, Beautiful, and Escape to Margaritaville, to name a few. MAMMA MIA! trail-blazed an entire genre into popularity and elevated a style that currently dominates Broadway.

Spanning over 440 cities and countries - London, New York, Australia, Germany, Russia, China, etc.- MAMMA MIA! has brought over 60 million people into theatres across the globe to indulge in an evening of joy and nostalgia.

From a movement perspective- the most engaging thing to watch is ones’ authentic expression of self. Musicals don’t typically give you that- often you’re met with a glorious synchronicity of stylized dancers. Not to say that those artists aren’t genuine within the confines of what they’re doing; they are. Merely saying, that this art form can sometimes lack a sense of spontaneity and individual representation that one only finds at weddings, parties and clubs- a prime outlet for anyone to jump up and live in their own self- expression. With ABBA’s infectious music, MAMMA MIA! offers the opportunity to embrace the freedom of being on an open dance floor, all the while celebrating the enormous influence ABBA has had on pop culture and honoring the spirit of abandonment they imbued in their fans all over the world.