Hope seems lost when a violent shipwreck separates young Viola from her boat and twin brother.

However, tragedy quickly turns romantic when she washes ashore in Illyria – an exotic island that is about to be turned topsy-turvy by love. To survive in her strange new world, she disguises herself as a boy messenger and enters the employ of an island inhabitant. Misplaced affections and misunderstood intentions result when she unexpectedly becomes an object of desire to the woman her employer sent her to woo! Time may correct the course of the isle’s myriad misguided lovers, but not before the Bard bewitches all in his enchanting comedy. 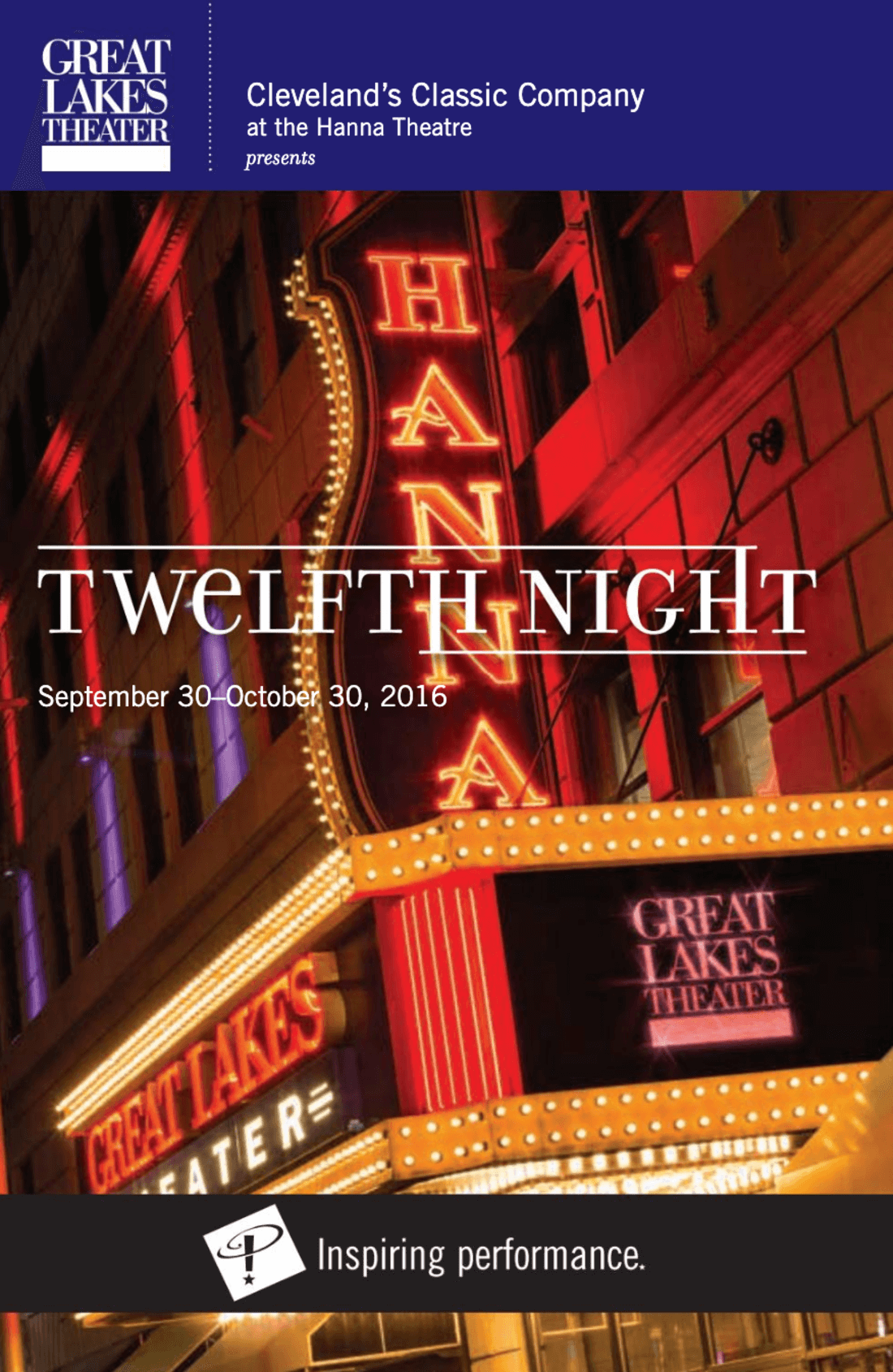 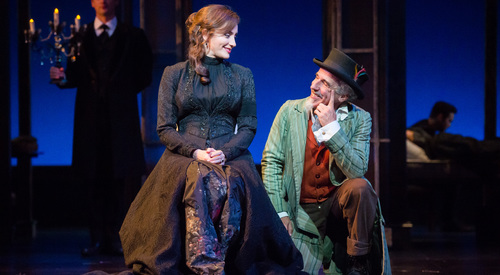 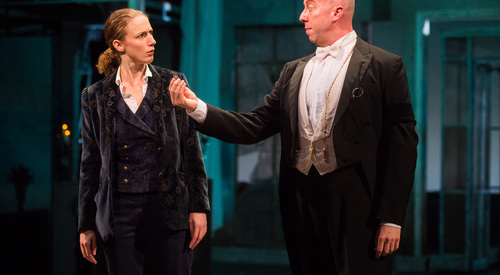 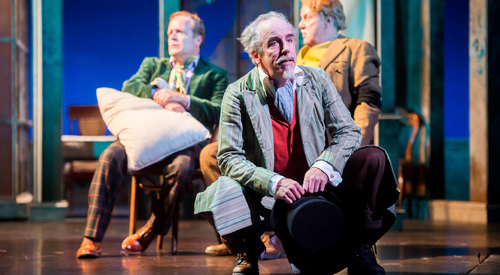 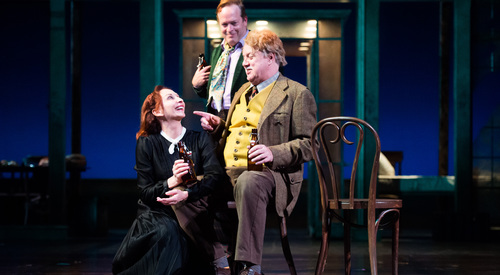 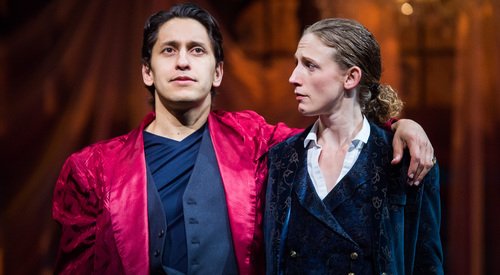 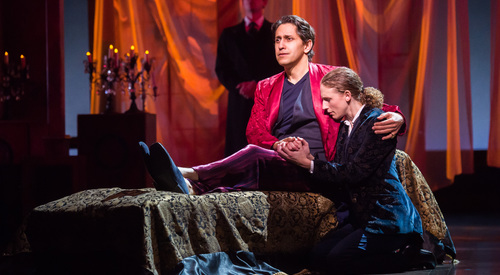 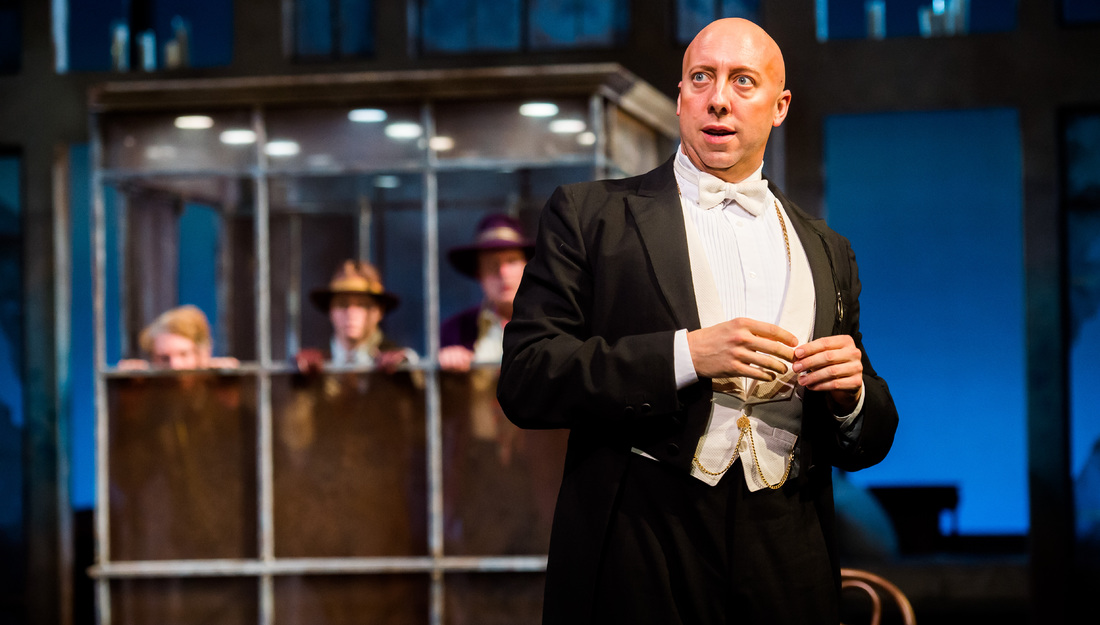 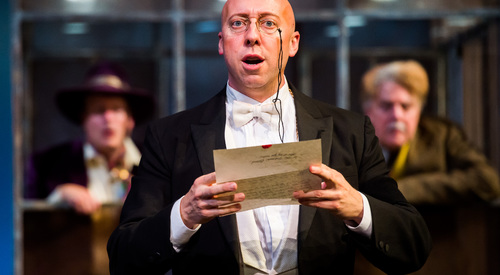 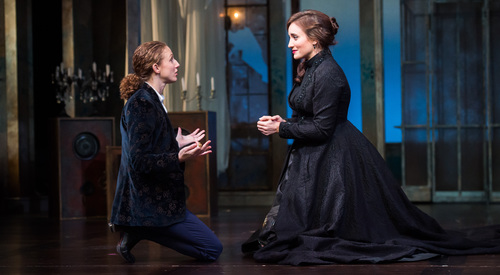 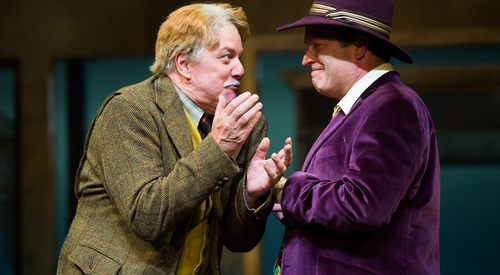 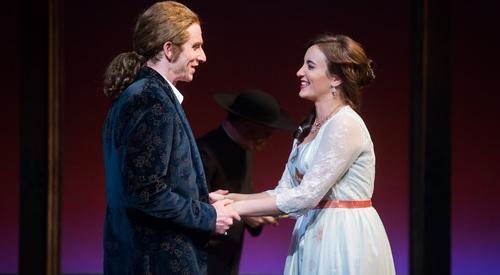 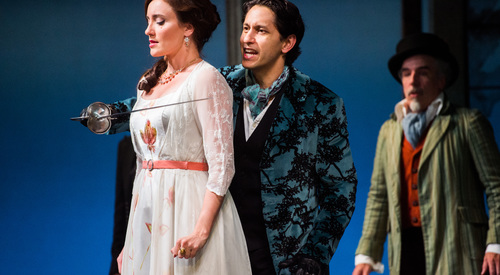 After the twins Sebastian and Viola survive a shipwreck, neither knows that the other is alive. Viola goes into service with Count Orsino of Illyria, disguised as a young man, "Cesario." Orsino sends Cesario to woo the Lady Olivia on his behalf, but Olivia falls in love with Cesario. Viola, in the meantime, has fallen in love with Orsino.

At the estate of Lady Olivia, Sir Toby Belch, Olivia’s kinsman, has brought in Sir Andrew Aguecheek to be her suitor. A confrontation between Olivia's steward, Malvolio, and the partying Toby and his cohort leads to a revenge plot against Malvolio. Malvolio is tricked into making a fool of himself, and he is locked in a dungeon as a lunatic.

In the meantime, Sebastian has been rescued by a sea captain, Antonio. When Viola, as Cesario, is challenged to a duel, Antonio mistakes her for Sebastian, comes to her aid, and is arrested. Olivia, meanwhile, mistakes Sebastian for Cesario and declares her love. When, finally, Sebastian and Viola appear together, the puzzles around the mistaken identities are solved: Cesario is revealed as Viola, Orsino asks for Viola’s hand, Sebastian will wed Olivia, and Viola will marry Count Orsino. Malvolio, blaming Olivia and others for his humiliation, vows revenge.

The first record of a production of Shakespeare’s Twelfth Night, or What You Will comes from the diary of John Manningham, a student of law, who saw the play performed in the hall of Middle Temple on 2 February 1602. It is unknown whether there had been previous performances of the play. One fact remains certain: the number of people since John Manningham who have seen, read, acted in, staged or analyzed Twelfth Night is essentially unfathomable.

Like the insatiable sea to which it alludes, the play attracts admirers with its beauty and humor; then it threatens to overwhelm them with the scope of its imagistic detail and mystery. The text’s erotically-charged mixture of romantic fantasy and domestic realism conjures a world of wonder-filled possibilities and status-imposed limitations. Juxtaposing exquisite pangs of loss and longing with exuberant declarations of carnal appetite, Shakespeare invites us to imagine a place called Illyria, where hope and fantasy collide with hunger and desire. What the protean citizens of Illyria do and say in one scene seldom adheres to their professed intentions in another. Bound together in service and society, they echo each other in provocative and perplexing ways.

Given its intrinsic mutability, Twelfth Night supports a wide variety of interpretations. In its history of performance, the play has seen more than its fair share of adaptations, rearrangements and abridgments. Star turns have been fashioned out of many of its characters, while specific bits of stage business have become so attached to certain scenes that actors and directors must take care to weigh the benefits versus risks of bucking tradition. Perhaps more than any of Shakespeare’s plays, it profits from exposure to multiple productions, as recollections from past experiences of the play haunt and inform the present. Besides the timely conversations the play provokes about gender identity and the fluidity of love, Twelfth Night, or What You Will confirms a shared humanity across the ages, linking audiences of today to the audience at Middle Temple in 1602. Imagine what John Manningham would have to say about that.