A Tony Award-Winning Musical for the Whole Family

An enchanting adaptation of a classic family novel, this acclaimed musical will inspire “the child” within audience members of all ages.

After being orphaned in India, 10 year-old Mary is returned to England to live with her melancholy uncle at his neglected estate. Haunted by the ghosts of her past and the secrets of her uncle, she innocently unlocks the forgotten gate to an untended garden on the estate grounds. From its soil, fertile with memory and “magic,” springs hope and healing for them both.

THE SECRET GARDEN is part of the Kulas Musical Theater Series at Great Lakes Theater. 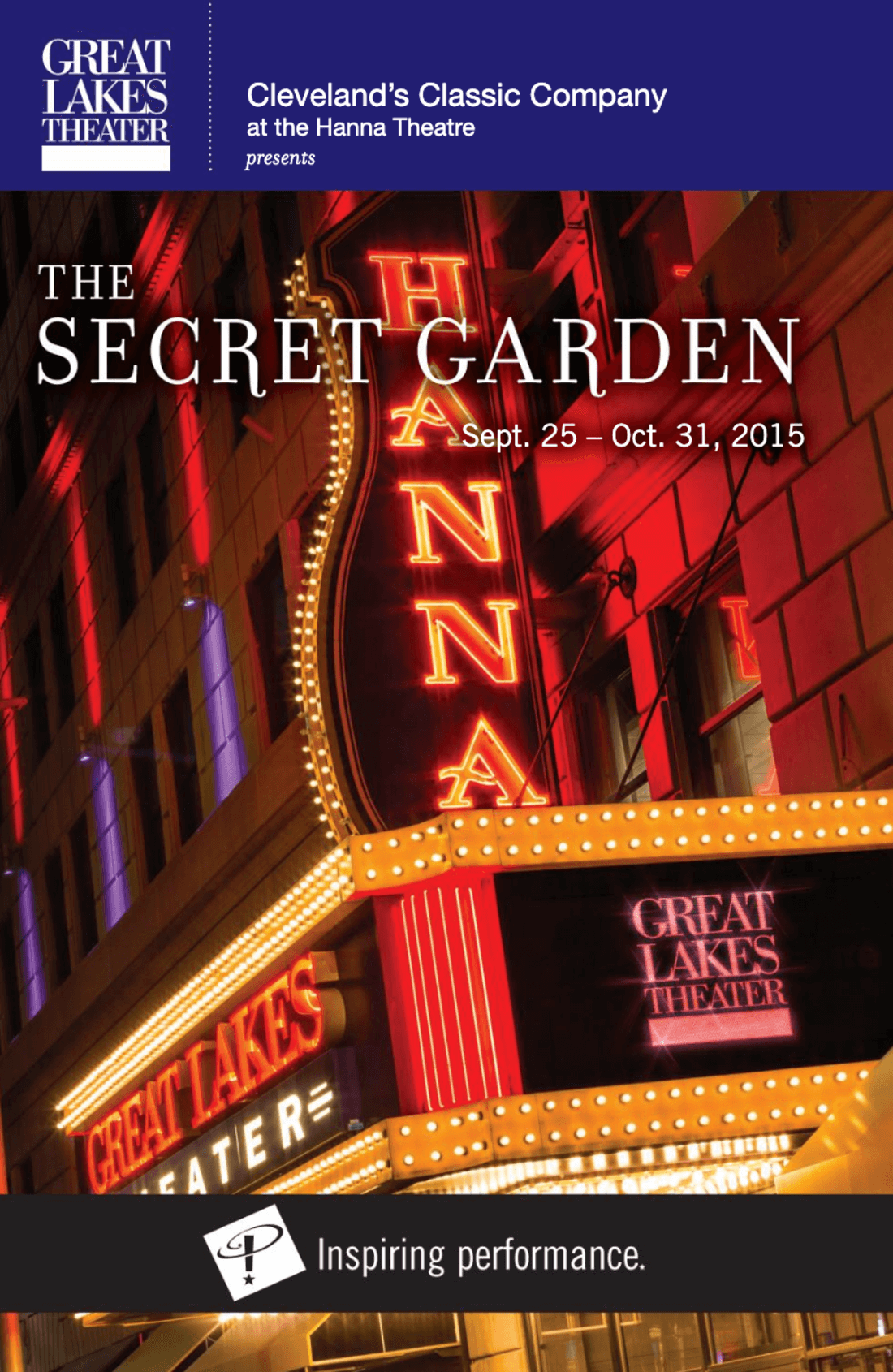 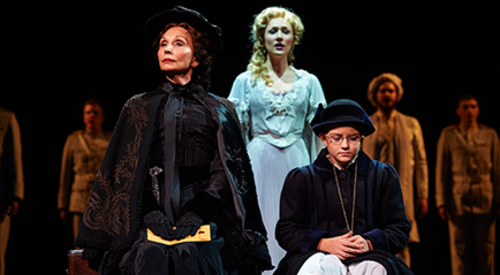 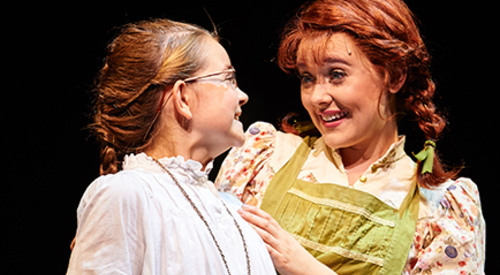 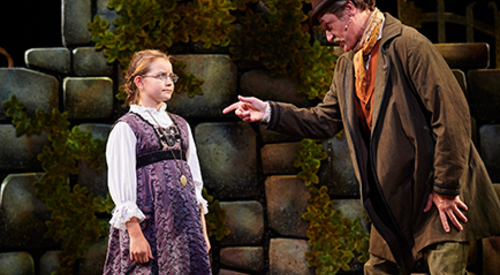 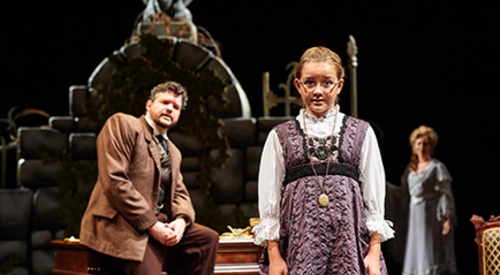 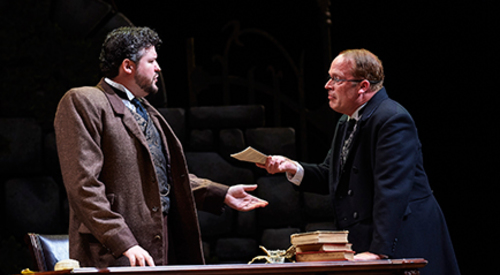 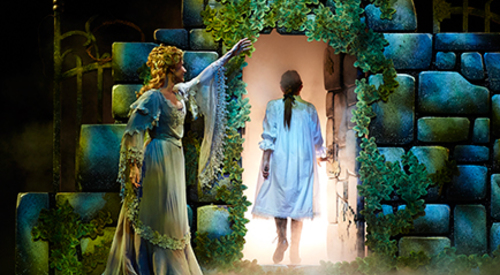 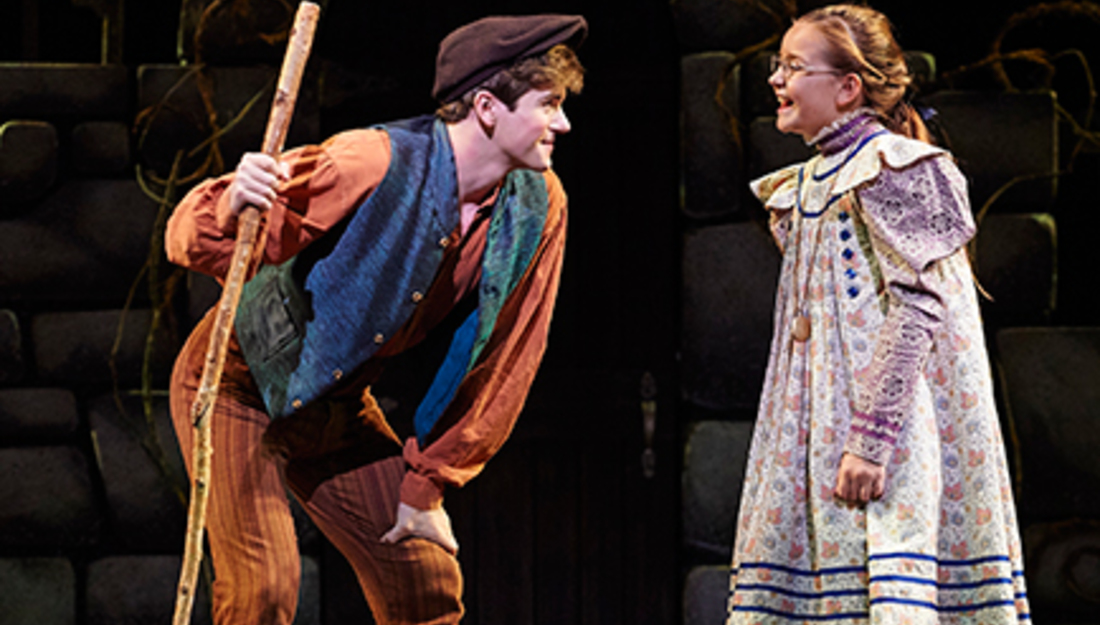 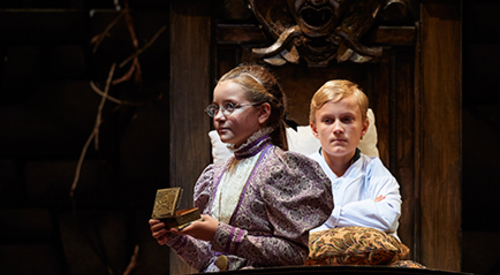 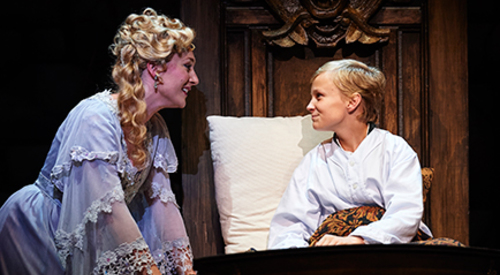 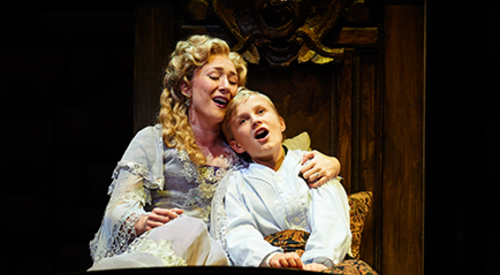 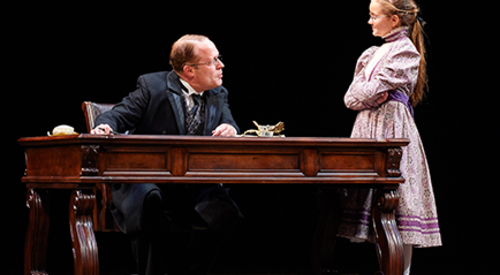 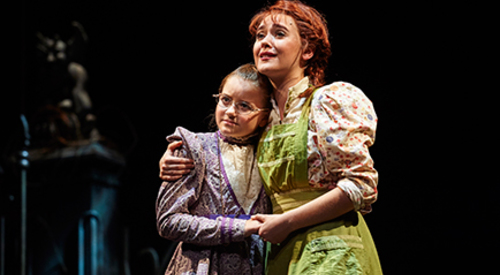 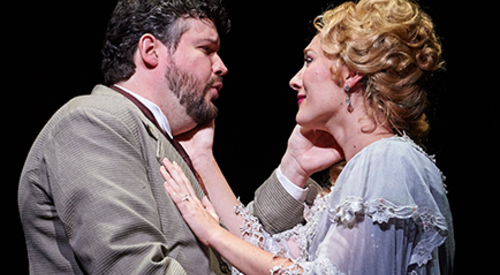 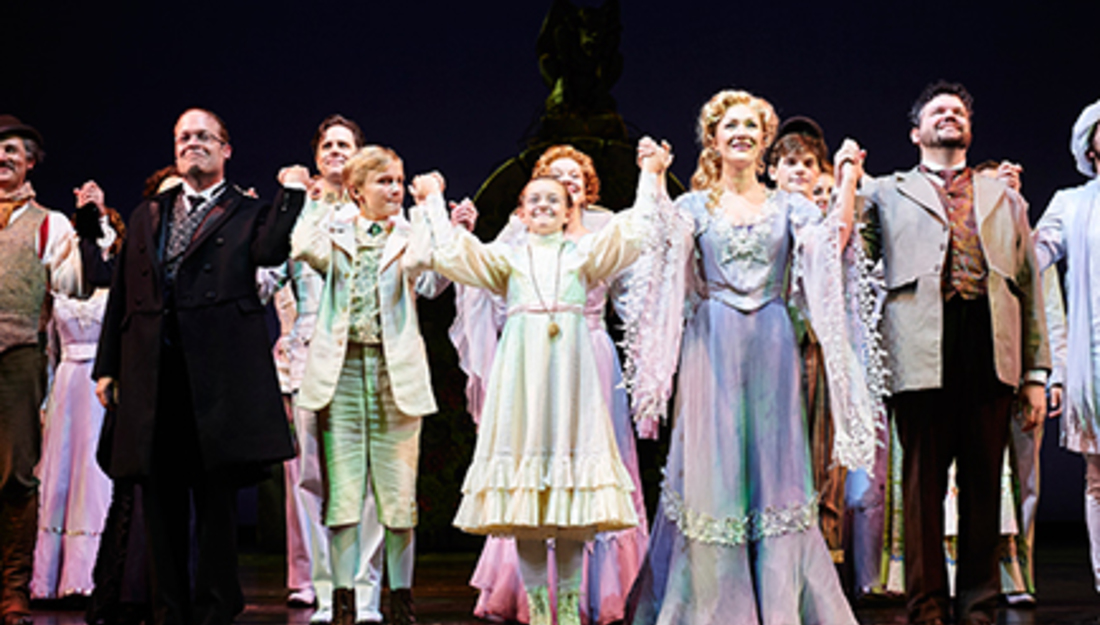 Frances Hodgson Burnett, author of The Secret Garden, was born in Manchester, England in 1849, the middle of five children. When she was just 3 years old her father passed away; at age 15 her mother moved her family to Knoxville, Tennessee where Frances began to write her short stories. A gifted writer from the start, her work earned enough money to move her family into a better home.

Frances returned to England for what was to be a visit, only to fall in love and marry her childhood neighbor, Swan Burnett, with whom she had 2 sons, Lionel and Vivien. In 1879, Frances met Louisa May Alcott, author of Little Women, and so began her interest in writing children's fiction beginning with Little Lord Fauntleroy. The book received good reviews and became a best-seller in the United States and England and ultimately was translated into 12 languages.

In 1890, tragedy struck Frances when Lionel, her eldest son, died from tuberculosis. This devastating loss caused her to turn away from her traditional Protestant faith and immerse herself in Christian Science and Spiritualism, shifting both her personal life and her writing. The Secret Garden has strong Christian Science themes; In fact, child protagonist Mary Lennox resembles Christian Science founder Mary Baker Eddy in many respects. At the beginning of the novel, Mary Lennox is a sickly girl who ‘has always been ill in one way or another’. When she comes to live with her uncle and cousin at Misselthwaite Manor in Yorkshire, Mary gradually begins to heal herself and then learns to cure others, much as Eddy did in the late 1860s and 70s. Mary’s recovery involves strenuous outdoor exercise and gardening, as she begins to cultivate her uncle’s abandoned rose garden.

Once she recovers, Mary helps rehabilitate her bedridden cousin Colin, and indirectly helps to cure Colin’s father, the hunch-backed recluse Archibald Craven, who never recovered from the death of his wife 10 years before. Neither father nor son has been helped by the medical community, which encouraged patients to dwell on their symptoms and prognoses. Colin, for instance, had been persuaded that ‘if I live I may be a hunchback, but I shan’t live’. Once Mary helps Colin to abandon these false beliefs, he begins enjoying good health. Colin’s case seemingly proves Eddy’s teaching that illness stems from ‘fear of the disease and from the image brought before the mind’ rather than physical causes.

Ultimately, The Secret Garden is a tribute to the human spirit, a celebration of resilience. The story reminds us that life follows a natural cycle; certain in its prospect of rebirth. At it's heart is the promise of "wick" as Dickon explains in his song:

"When a thing is wick
it has a light around it.
Maybe not a light that you can see.
But hiding down below
a spark's asleep inside it,
Just waiting for the right time to be seen."