Comic twists and turns abound in the fertile Forest of Arden, where a disguised Rosalind seeks refuge after being wrongfully banished by her uncle.

Her unfortunate exile is transformed into a charming adventure when she encounters some of Shakespeare’s most beloved characters - colorful fools, witty rustics, and the handsome, lovesick Orlando. A clandestine, gender-bending courtship ensues, changing the lost into unexpected lovers, in this timeless and transcendent romantic comedy.

Produced with generous support from Lynn and Tim Pistell. Our production of AS YOU LIKE IT is part of Shakespeare for a New Generation, a national program of the National Endowment for the Arts in partnership with Arts Midwest. 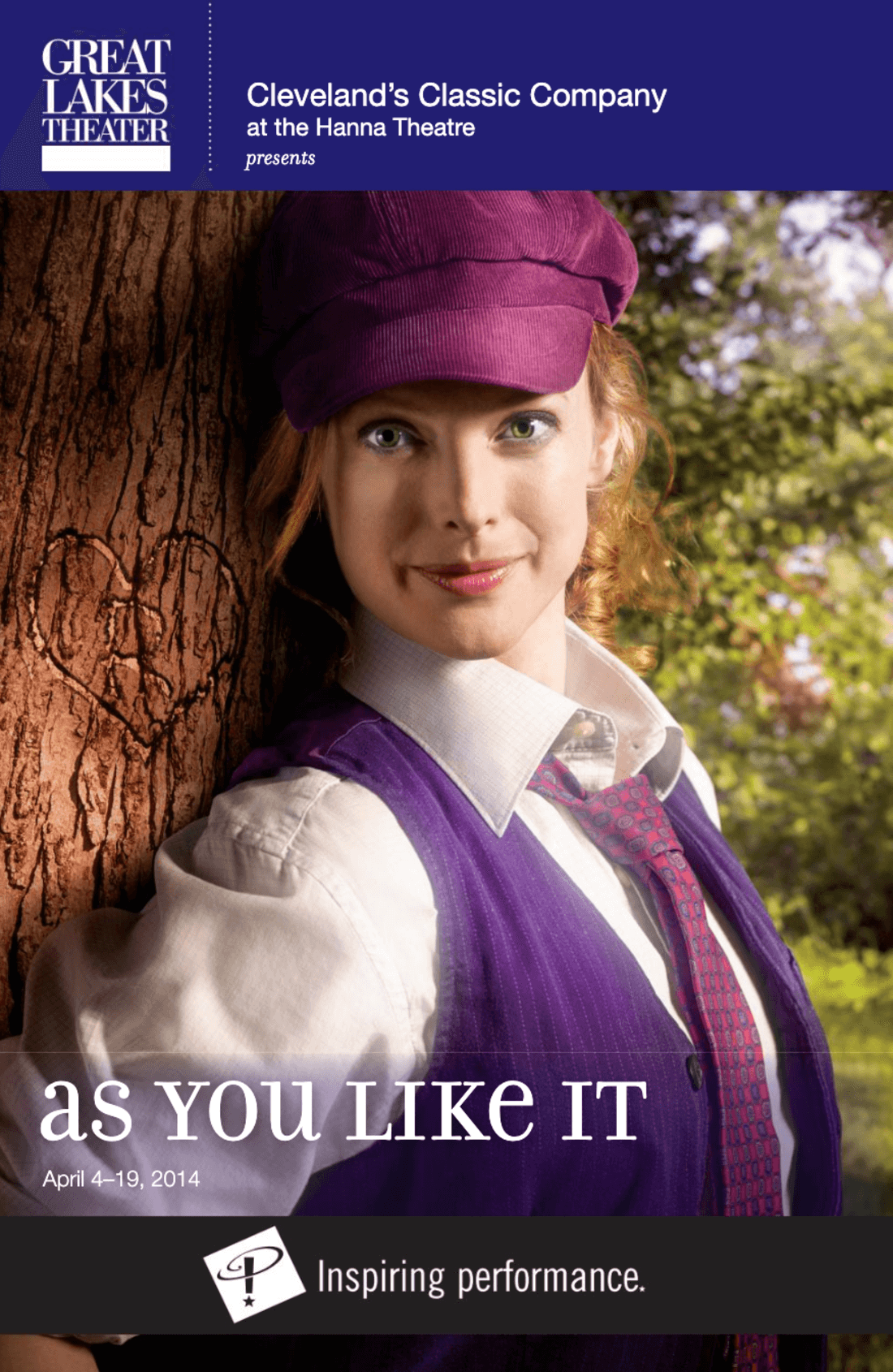 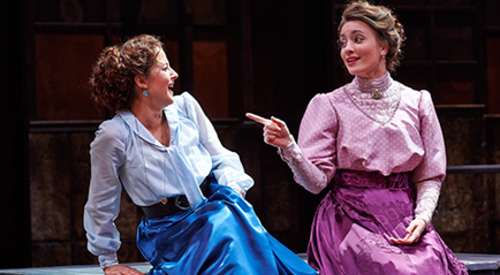 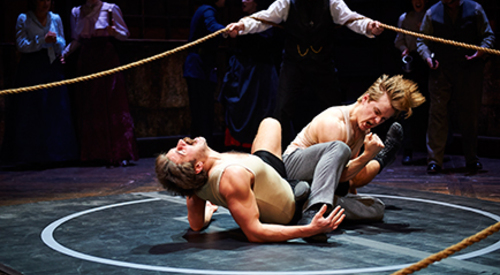 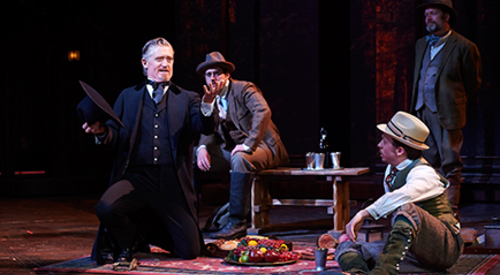 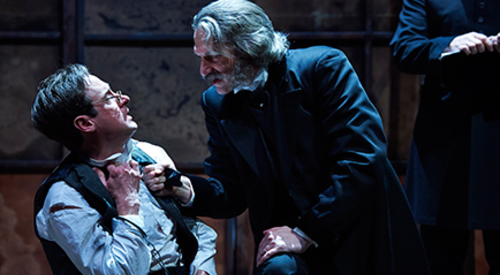 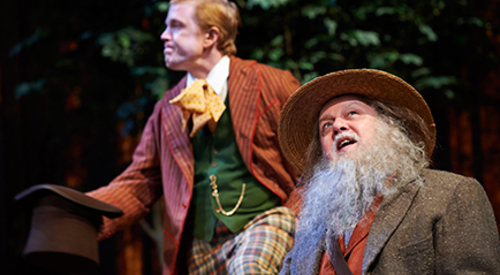 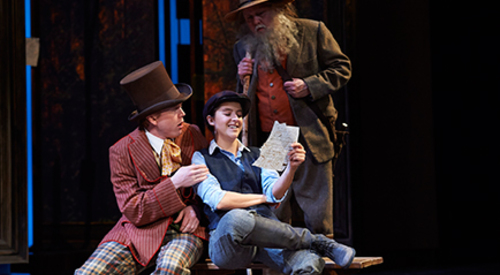 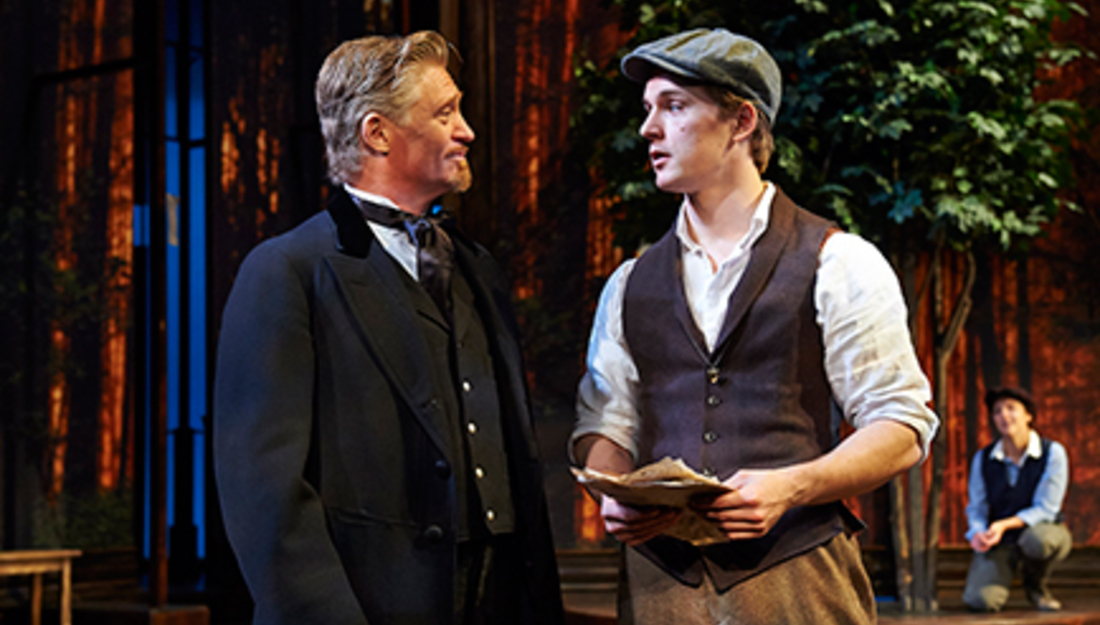 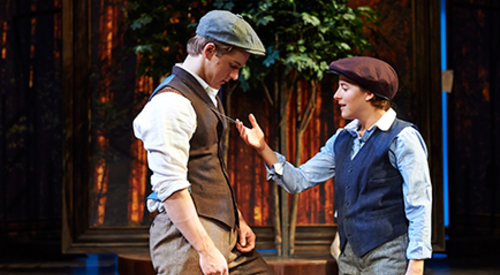 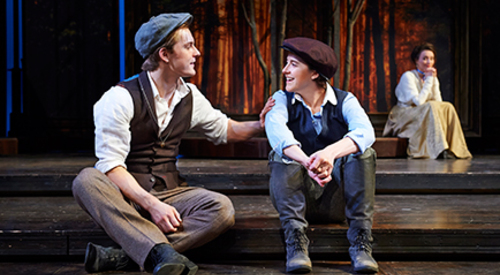 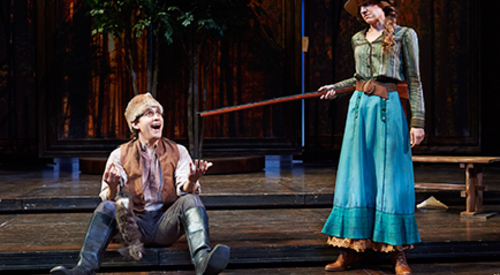 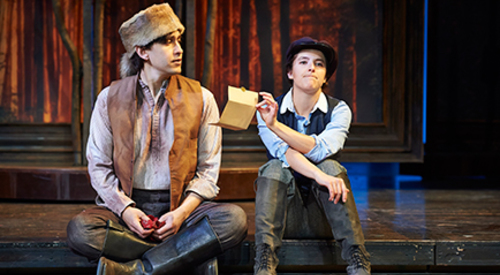 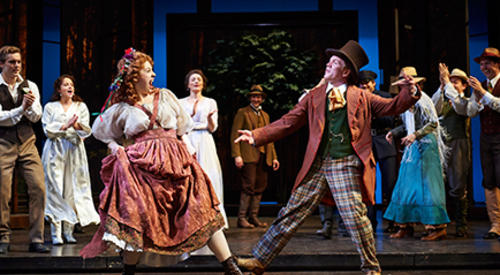 Duke Senior has been forced into exile from the court by his brother, the usurping Duke Frederick. He takes refuge in the Forest of Arden with a band of faithful lords. Rosalind, his daughter, is kept uneasily at court as a companion to her cousin Celia, Frederick’s daughter. Meanwhile, Orlando, the youngest son of the late Sir Rowland de Boys, has been kept in poverty by his brother Oliver since their father’s death. Orlando decides to wrestle for his fortune at Frederick’s court, where he meets Rosalind and they fall in love.

The Duke banishes Rosalind, fearing that she is a threat to his rule. Celia, refusing to be parted from her cousin, goes with Rosalind to seek Duke Senior in the Forest. For safety, they disguise themselves - Rosalind as a boy named Ganymede and Celia as his sister Aliena - and they persuade the fool Touchstone to accompany them.

Orlando returns from the court and learns of a plot by his brother to kill him. He flees with a loyal servant to the Forest and takes refuge with the exiled Duke. Still thinking on Rosalind, he begins posting love lyrics through the forest. Before long, he encounters her, but she is disguised as Ganymede. She proceeds to coach Orlando on how to woo his Rosalind, often playing the part of Rosalind herself.

Elsewhere in the Forest, Touchstone pursues Audrey, a goat-herd, and the shepherd Silvius dotes on his neighbor Phoebe, who has fallen for Ganymede (Rosalind in disguise). Meanwhile, Oliver has been sent to hunt down his brother and arrives in the Forest, where Orlando saves his life from a lion. Oliver repents his past abuse of Orlando and promptly falls in love with Aliena (Celia in disguise).

As Ganymede, Rosalind promises to satisfy Orlando’s longing and to resolve all of the love plots in one flourish. She does so, forsaking her disguise, reuniting with her father and joining at last with young Orlando. Then news arrives that Duke Frederick has had a conversion and renounced the Dukedom, so the exiles can return to civilization and their former lives. Only the melancholy Jaques will stay behind in the Forest.

On the surface, this play is a lyrical tale of exile and romance. The plot is simple: a young gentleman and two young noblewomen are driven from their homes. They flee into the forest where the rightful Duke and his followers have already been exiled. But instead of an empty wilderness, they encounter silly shepherds, wandering nobles, philosophers, hermits, deer, lions and snakes – a population Shakespeare borrows from the tales of Robin Hood, English pastorals, Italian romances and Greek poetry. This is the fabled Forest of Arden. Orlando.

Rosalind and Celia arrive in Arden and their dangers dissipate as if the forest itself has cast a benevolent spell around them. The wood becomes a haven and a playground wherein they take on new identities in life and love. Meanwhile, the exiled Duke and his followers explore and contemplate the natural state of man, and the country-folk mingle with their visitors. All of these threads are interwoven through language as elegant as any Shakespeare ever wrote, flowing scene to scene like a sunlit brook through dappled glades.

Yet beneath its sparkling surface, As You Like It is not merely froth. It juxtaposes civilized corruption with the life-giving force of the natural world. It gazes on mortality and the virtue of redemption. It mocks how urban and rural people view each other. It does gymnastics with gender roles and sashays with sexual ambivalence. And finally, it celebrates the threshold of a new era of individuality. With themes so strikingly modern, it’s astonishing to remember that this play premiered 415 years ago.

So what have we done with our production? We’ve set it in New England in the midst of the second Industrial Revolution, not long after the start of the 20th century. We’ve placed the Forest of Arden in the foothills of the Adirondack Mountains. The villains are greedy, thriving Industrialists. The exiled Duke is a follower of Emerson, a would-be Thoreau. Rosalind and Orlando are the new Americans. Fiercely democratic, they succeed by merit - not privilege - as they forge a new worldview and sense of equality. Indeed, in this context, the delightful, ever-resourceful Rosalind becomes a kind of metaphor for American womanhood, advancing from 19th century servitude through Gibson Girl glamor to the courageous insistence of the Suffragette, and beyond. And finally, since the true pulse of an era resounds in its music, we’ve replaced the Elizabethan songs with tunes that echo these themes through Yankee sentiment and syncopation.

It’s been fun transplanting this brilliant play to American soil. It’s given the text new resonance for us. We hope it does the same for you, and that our version is as you like it.