Mysterious twists and thrilling turns abound when a group of strangers stranded in a guest house during a snowstorm discover that a murderer is in their midst.

Whodunnit? Is it one of the suspicious newlyweds or the spinster with the curious background? Perhaps it’s the architect, the retired Army major or the strange man running from his past. Enjoy an evening of exhilarating intrigue as Agatha Christie’s greatest mystery unfolds to its surprising conclusion. 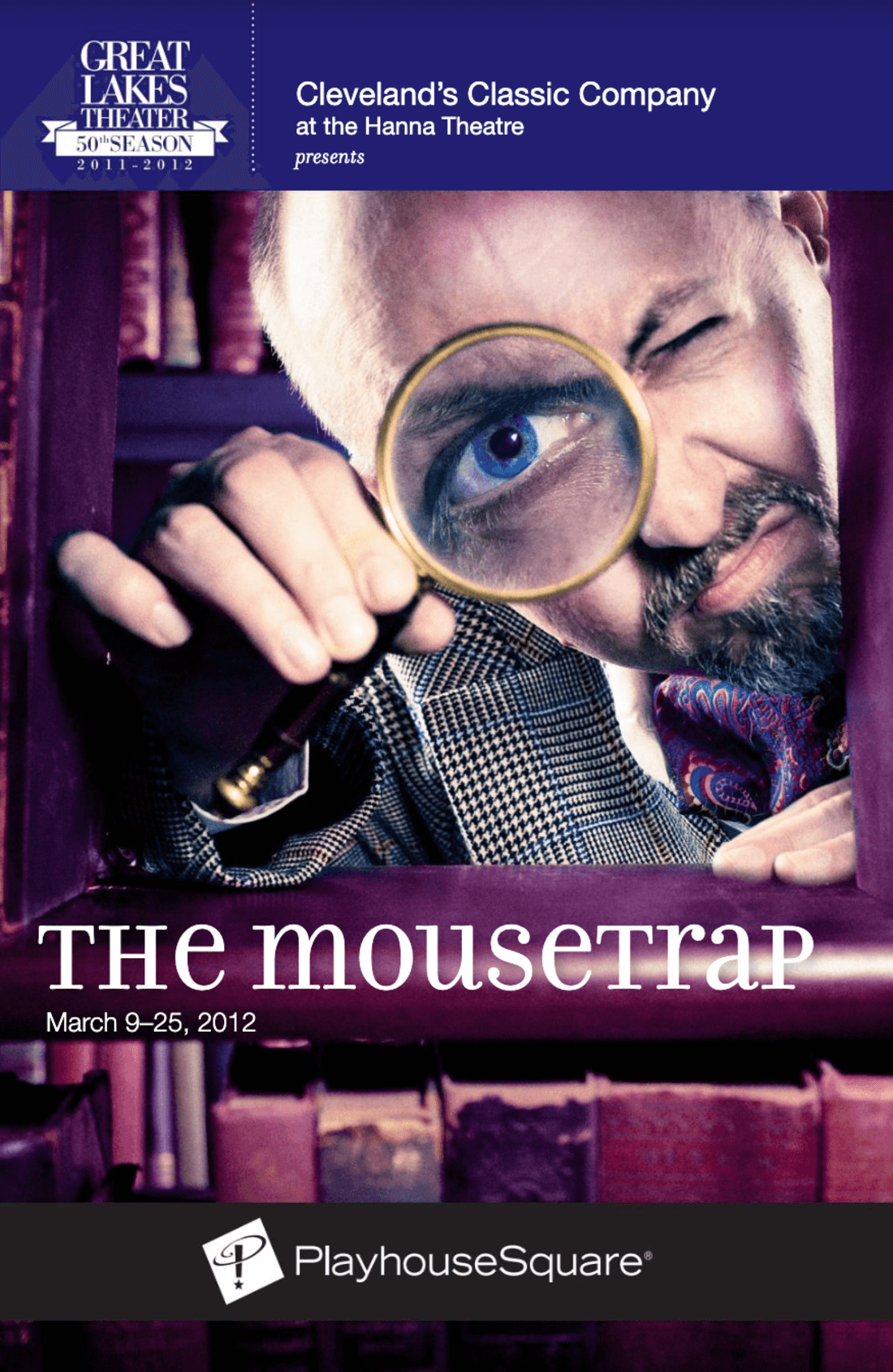 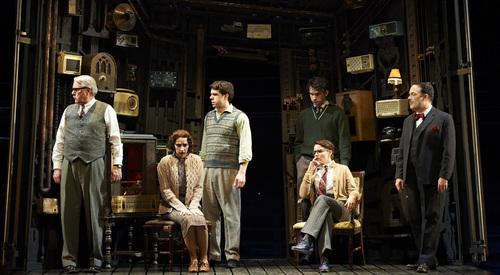 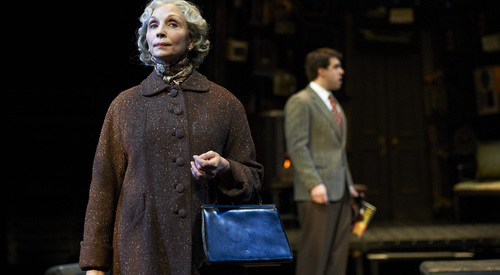 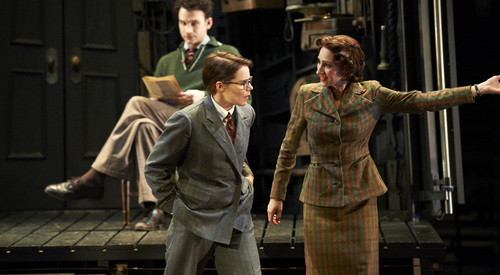 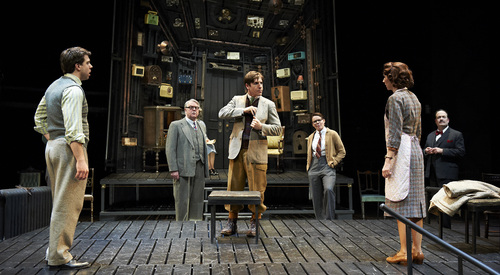 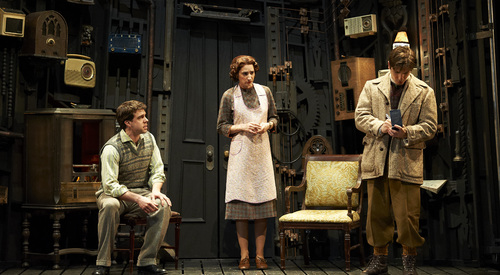 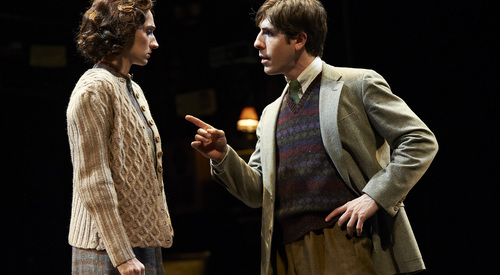 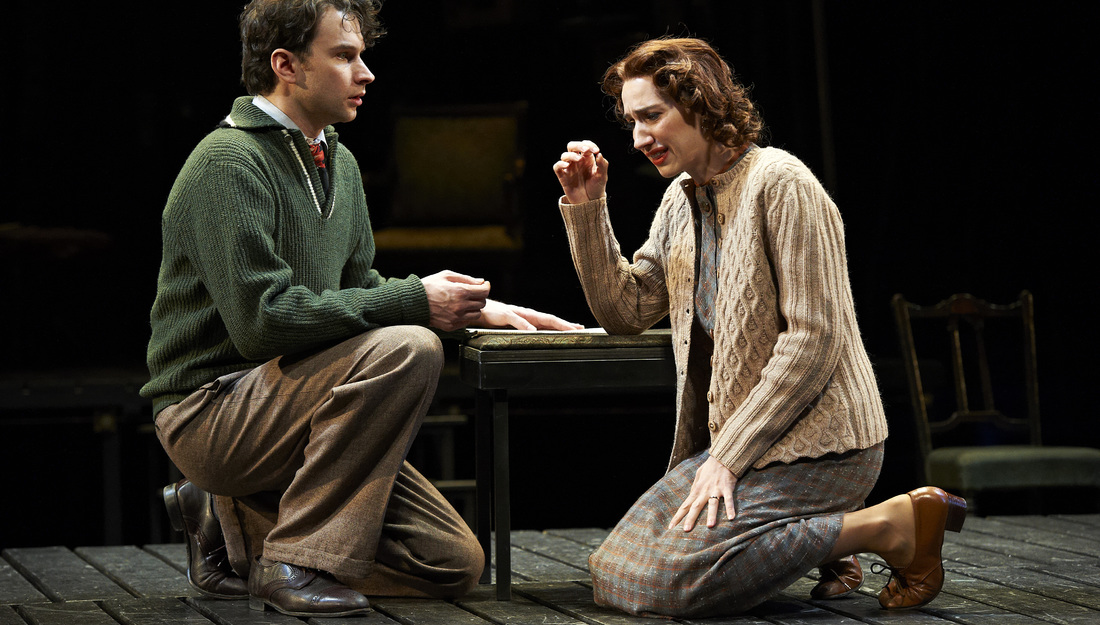 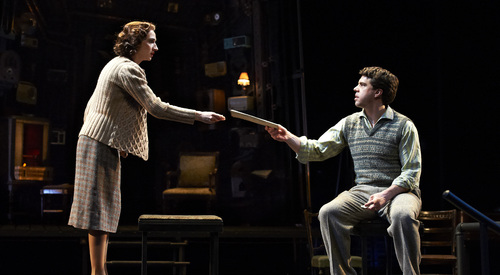 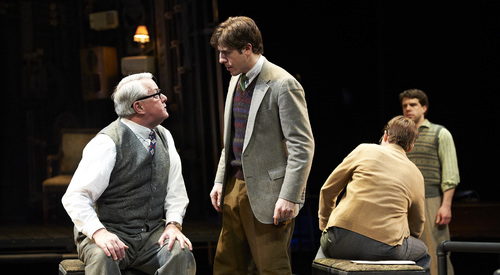 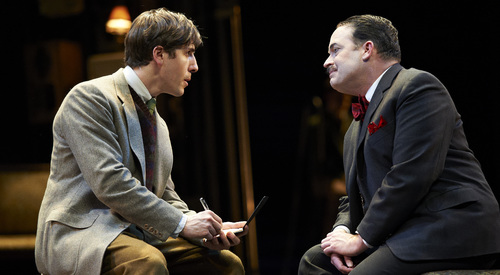 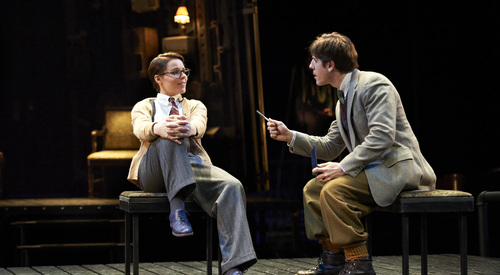 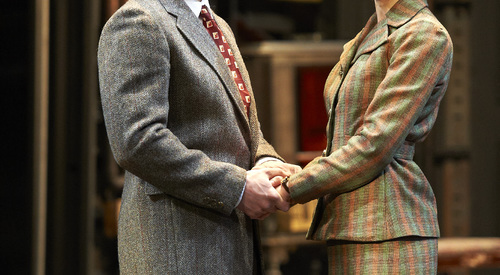 It was very cold. The sky was dark and heavy with unshed snow. A figure in a dark overcoat, with muffler pulled up round its face, and hat pulled down over its eyes, came along Culver Street and went up the steps of number 74. Hearing the shrilling bell in the basement below, Mrs. Casey, her hands busy in the sink, said bitterly,“Drat that bell. Never any peace, there isn’t.”Wheezing a little, she toiled up the basement’s stairs and opened the door. The figure standing silhouetted against the lowering sky outside asked in a whisper, “Mrs. Lyon?” “Second floor,” said Mrs. Casey. “You can go on up. Does she expect you?” The figure slowly shook its head. “Oh, well, go on up and knock.” She watched as the figure went up the shabbily carpeted stairs. Afterward she said it “gave her a funny feeling.” But actually all she thought was that they must have a pretty bad cold only to be able to whisper like that — and no wonder with the weather what it was. When the figure got round the bend of the staircase it began to whistle softly. The tune was “Three Blind Mice.”

Christie based her story on a radio play she hadproduced for the occasion of Queen Mary’s 80thbirthday in 1947. A few years later, she adapted thetwo versions of “Three Blind Mice” into a stage playcalled The Mousetrap. Still playing in London, 60years after it first opened in 1952, it is the longestrunning theatrical production in the history of themodern world. The identity of the killer inChristie’s play is a closely guarded secret and,famously, audiences for The Mousetrap must take apledge not to reveal whodunit.

All I previously knew of Christie’s play before beginning my work was its astonishing performance history and the legendary contract of secrecy forged between its performers and audience. As far as I was concerned, The Mousetrap epitomized theater for theater’s sake. It existed in an essentially timeless world where rooms have three walls (the classic “box set”) and murder is a nasty business that happens in the dark. I didn’t know the radio play took its inspiration from the 1945 headline-grabbing case of Dennis O’Neill, a young boy who died from mistreatment and neglect while in the foster care of a Shropshire farm couple. The brutal details of the abuse behind Dennis’ death, recounted in court by his surviving sibling, led to an extensive inquiry into the welfare of children in public care at the time and entirely changed my perspective on The Mousetrap.

I could no longer view the play as a theatrical shell game constructed for the sole purpose of maintaining a well-kept secret. With a real name and a real life story haunting the dramatic world created by Dame Agatha, my focus returned to that which is most compelling in working on plays: what people want and what they do to get it. I found myself more curious about and invested in the quirks and enigmatic lives of the people in the play: A group of lonely strangers, picking up the pieces of lives that had been disrupted, if not destroyed, by war. Each of them now forced to start anew by living in a guesthouse.

I thought about the number of guesthouses, opening up for business across the country and uncovered newsreel footage of cooking classes designed to help inexperienced proprietors, like Mollie and Giles Ralston of Christie’s Monkswell Manor, feed their boarding house guests. I became fascinated by life in England immediately following the second World War: the cruel and unusually cold winters, the housing and fuel shortages, the economic despair and psychological unease brought about by the end of an empire. I discovered the case of John Reginald Christie (no relation), a famed serial killer who lived at 10 Rillington Place, and whose trial gripped public attention throughout the first year of The Mousetrap’s run, before his execution at Pentonville Prison in 1953. (Coincidentally, Richard Attenborough, who starred as Sgt. Trotter for the first two-and-a-half years of TheMousetrap, played John Reginald Christie in a 1971 film called, 10 Rillington Place.) I stumbled upon the world of “Brit Noir”— a genre of crime fiction and films that flourished after WWII, feeding on and fueling the anxieties of a population living in closer proximity than ever before.

What is it that excites us so about stories of murder and revenge? Why do we seek out that “funny feeling” felt by Mrs. Casey as she watched the stranger ascend her boardinghouse stairs?

In the 60-plus years since Agatha Christie first told the tale of “Three Blind Mice,” audiences’ hunger for such material seems only to have grown more voracious and more sophisticated. Is it our ever increasing proximity to other people in a world that seems to shrink through over-population and mass communication that heightens our curiosity, and perhaps our understanding, of “the evil that men do?” As time has passed and our exposure to these stories intensified, has our empathy shifted ever so slightly from victim to murderer? The steadfastness of the millions of audience members who have maintained The Mousetrap’s secret notwithstanding, do we grow less curious about who commits a crime as we grow more titillated by why?