Our intimate Hanna Theatre home features 7 seating options where you are never more than 13 rows from the stage! 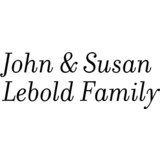 While everyone around her is pressuring marriage, the outspoken Elizabeth Bennet is barely interested - until she meets the handsome, enigmatic Mr. Darcy, that is.

Despite finding themselves unwittingly and unwillingly attracted to one another, will Mr. Darcy’s pride and Elizabeth’s prejudice undo the fledgling romance before the relationship blossoms? Fearless, funny and utterly irresistible, Jane Austen’s classic is sure to steal your heart!

Generous support for PRIDE AND PREJUDICE was provided by John and Barbara Schubert, in honor of their dear friend, Howard Gray, S.J. 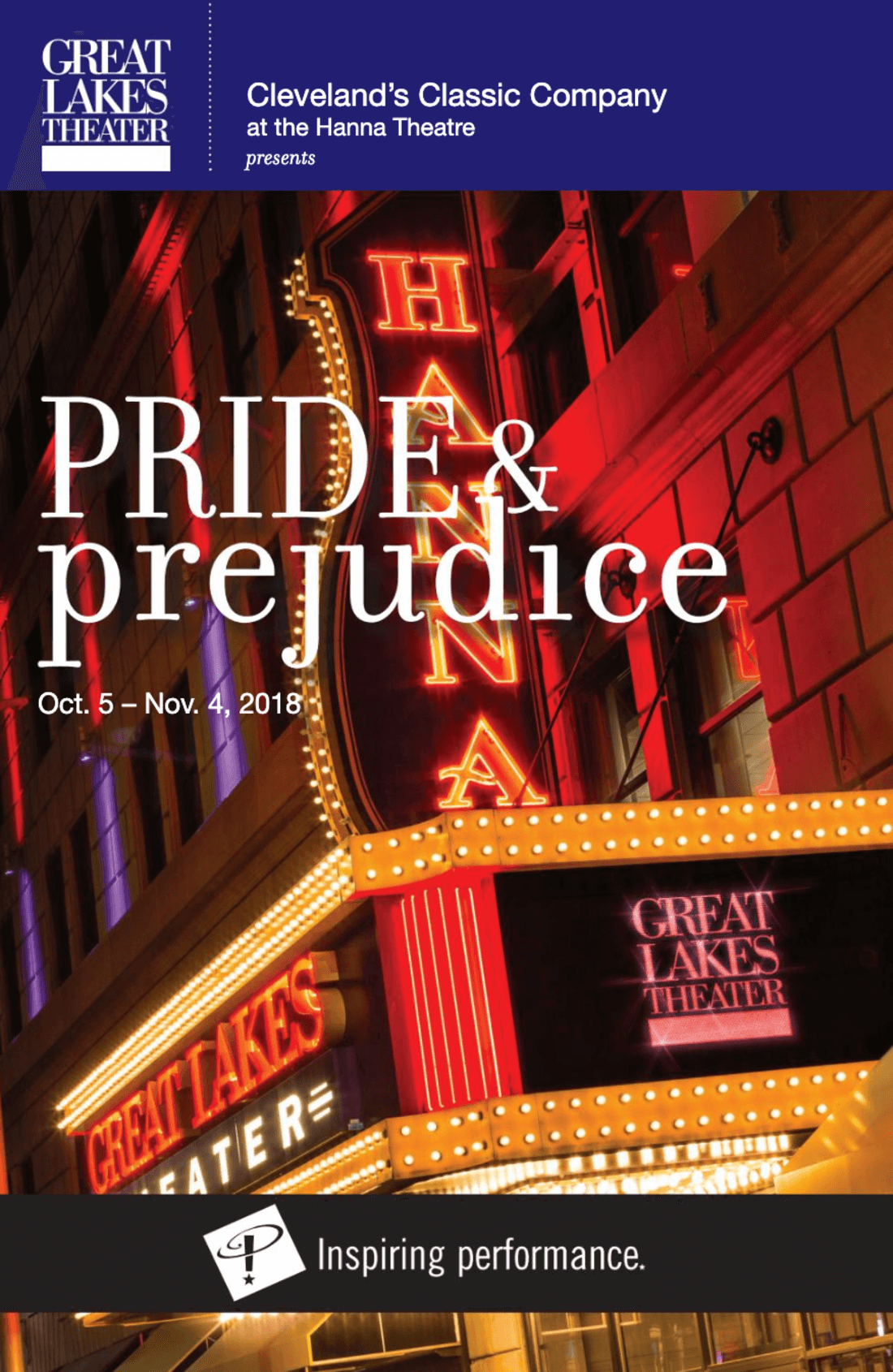 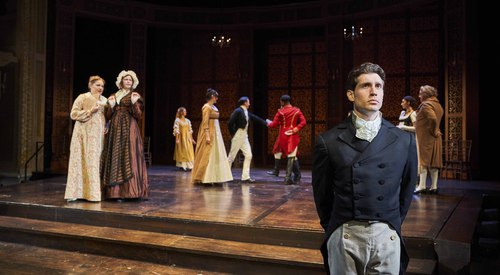 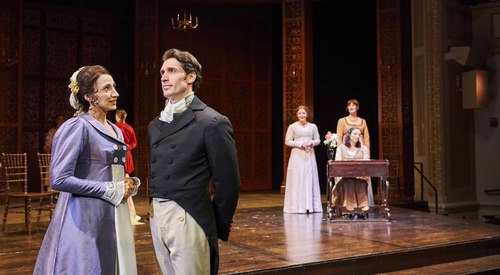 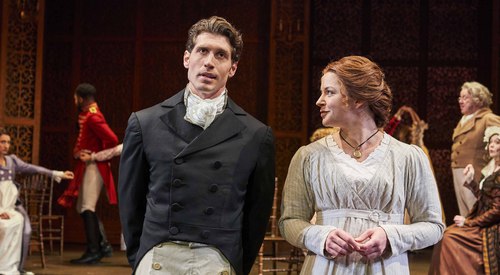 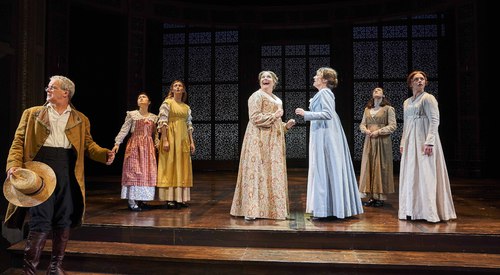 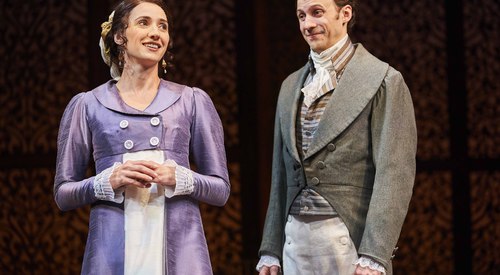 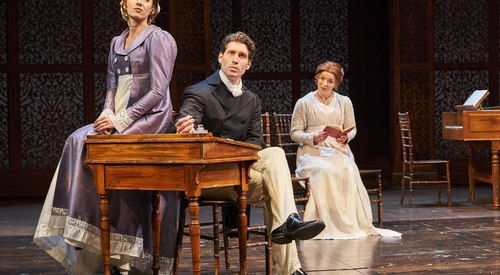 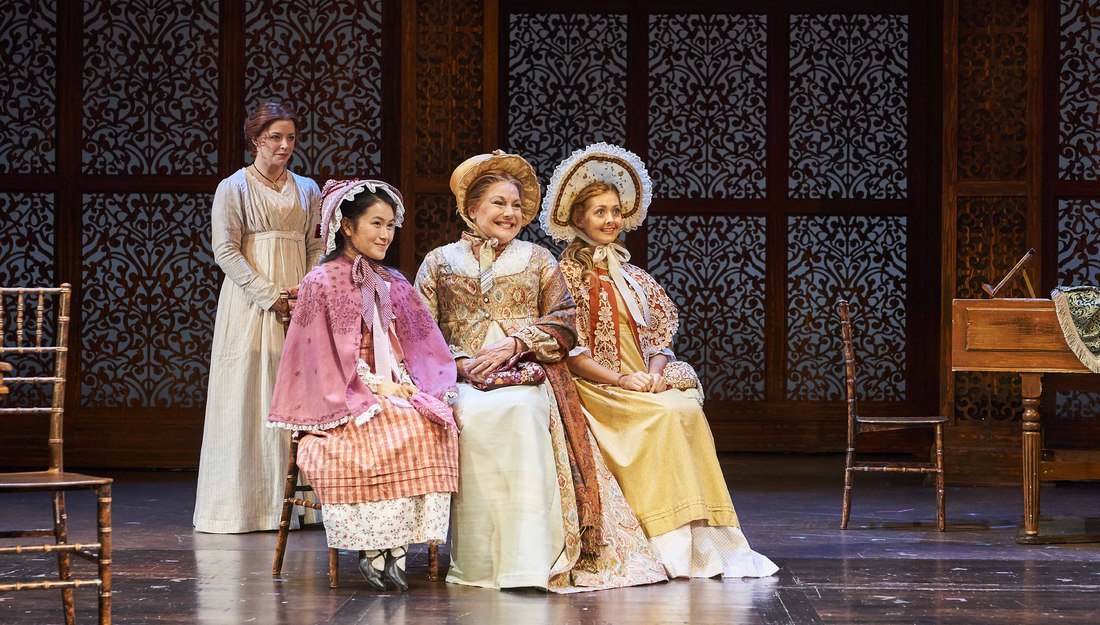 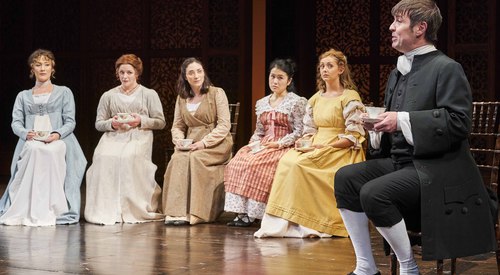 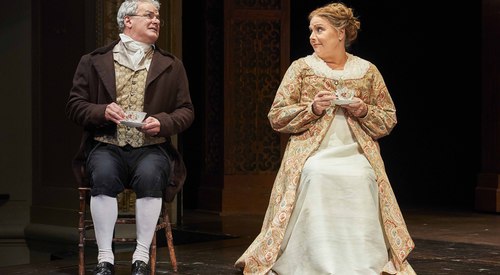 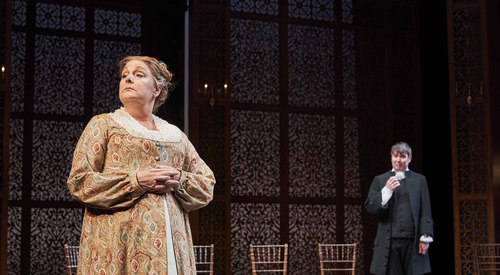 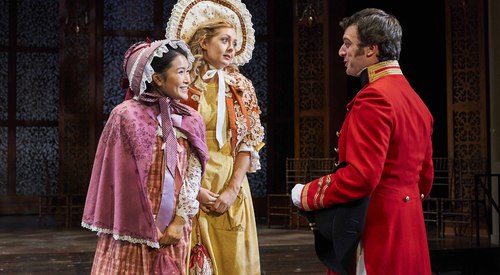 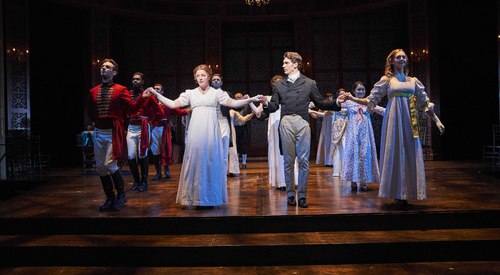 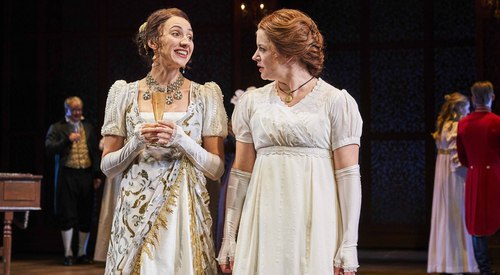 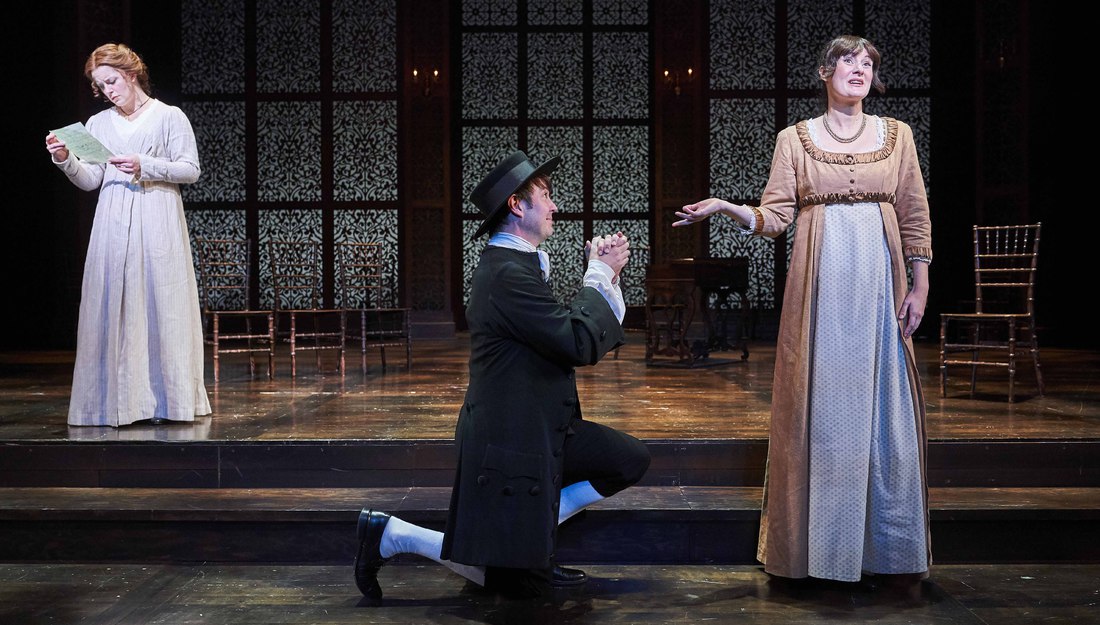 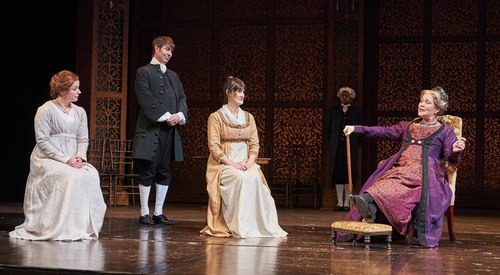 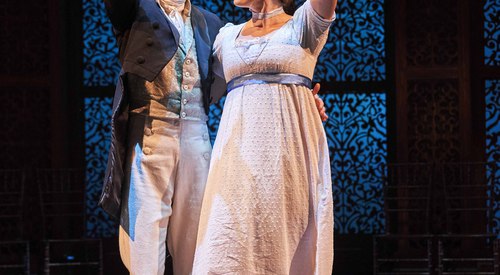 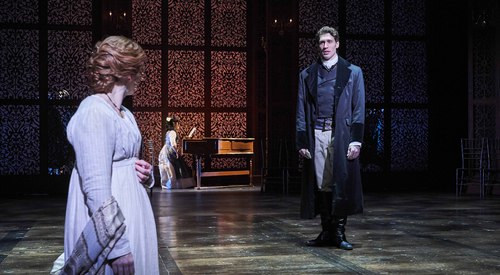 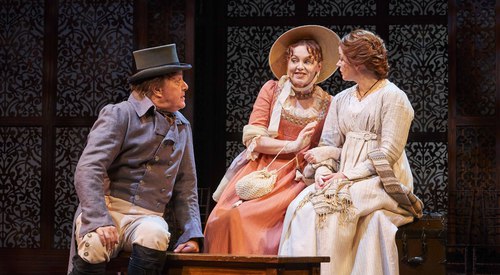 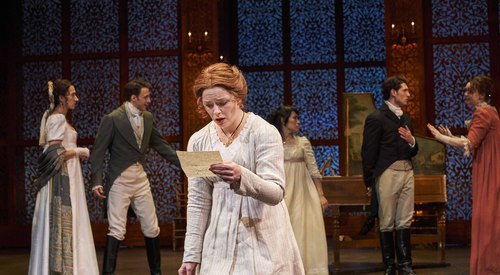 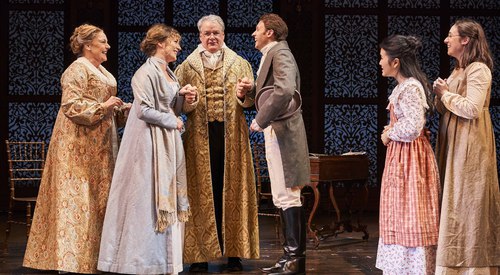 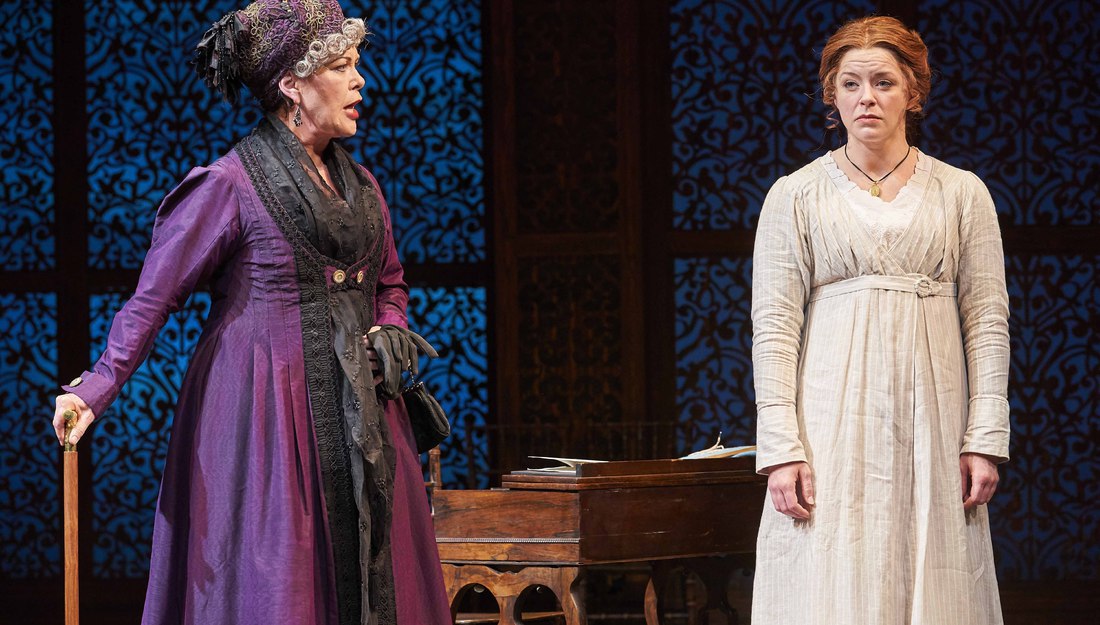 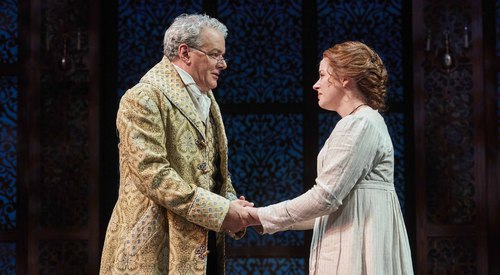 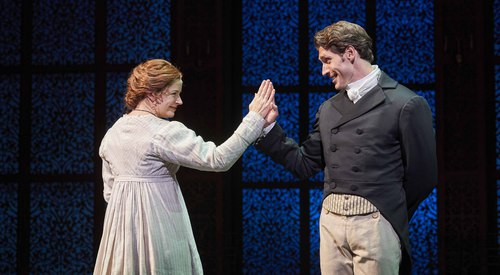 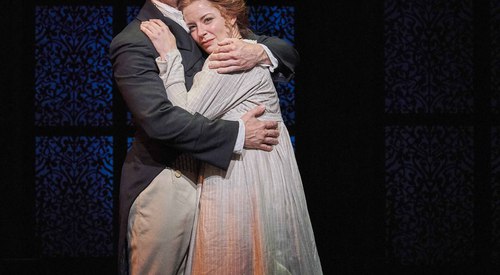 I first came to Jane Austen’s novels in the early 90s, middle aged, male, and in the manner of most of my education, by doing research for a play. In this case, it was Tom Stoppard’s Arcadia, half of which is set in an English country manor in 1809. A friend urged me to look at Austen, a writer I never had much motivation to read based on a hazy impression of her most popular book, a sentimental romance with an alliterative title beloved of young women, including one of my high school girlfriends. Soon after, I took a battered paperback of Persuasion from a “Take a book, leave a book” shelf at a Chicago commuter train station leaving, as I recall, a copy of David Foster Wallace’s Infinite Jest in its stead. Persuasion turned out to be exactly the detailed depiction of the social manners and mores of the Regency era I was looking for, and Austen’s nuanced, compassionate portrayal of lost love, regret and loneliness, spiked with her satirical, subversive, ironic humor was a revelation. Hooked, I binged my way through her other novels, including the crown jewel that I had so misjudged, Pride and Prejudice. Forward to 2009 and looking for a project for the Milwaukee Repertory Theater, where I was then the Artistic Director, I teamed with my friend Jim Sullivan to create this adaptation.

Pride and Prejudice is a perfectly written novel, one that is “sacred” to legions of readers. I initially went into the project enthusiastically, but with the dispiriting fear that anything that we changed as we envisioned it for the stage would inevitably make it less perfect, disappoint Austen’s zealous fans and worse, betray the author. A freeing revelation came when I discovered that Austen and her family were great lovers of the theater. Jane wrote and staged “theatricals” at home, attended plays in London and Bath at every opportunity, seeing some productions multiple times, and her letters are full of her reactions to the plays and players she liked and didn’t. With this thought in mind, I approached the writing imagining that she had always intended the story to be on stage and her perfect novel was a few hundred pages of extraordinarily detailed notes for a play that she intended to write but never got to, and that we had her blessing and the freedom to search out the play in these notes, editing, rearranging, and occasionally inventing details, so long as we remained faithful to her characters and journeys.

A Statement from Great Lakes Theater

We stand in support of artists, educators, audiences, and community members of color and in solidarity with those who are committed to eradicating racism, hatred and bigotry in all of its forms....