While he semi-consciously convalesces under her “care,” Annie secretly reads the unpublished manuscript of his new novel Misery and becomes enraged upon discovering that he has killed off her favorite character. When Annie demands that he rewrite his novel, Paul quickly realizes that the only way to avoid his own personal unhappy ending is to outwit the sociopathic bibliophile that seems bound and determined to keep him permanently bedridden. 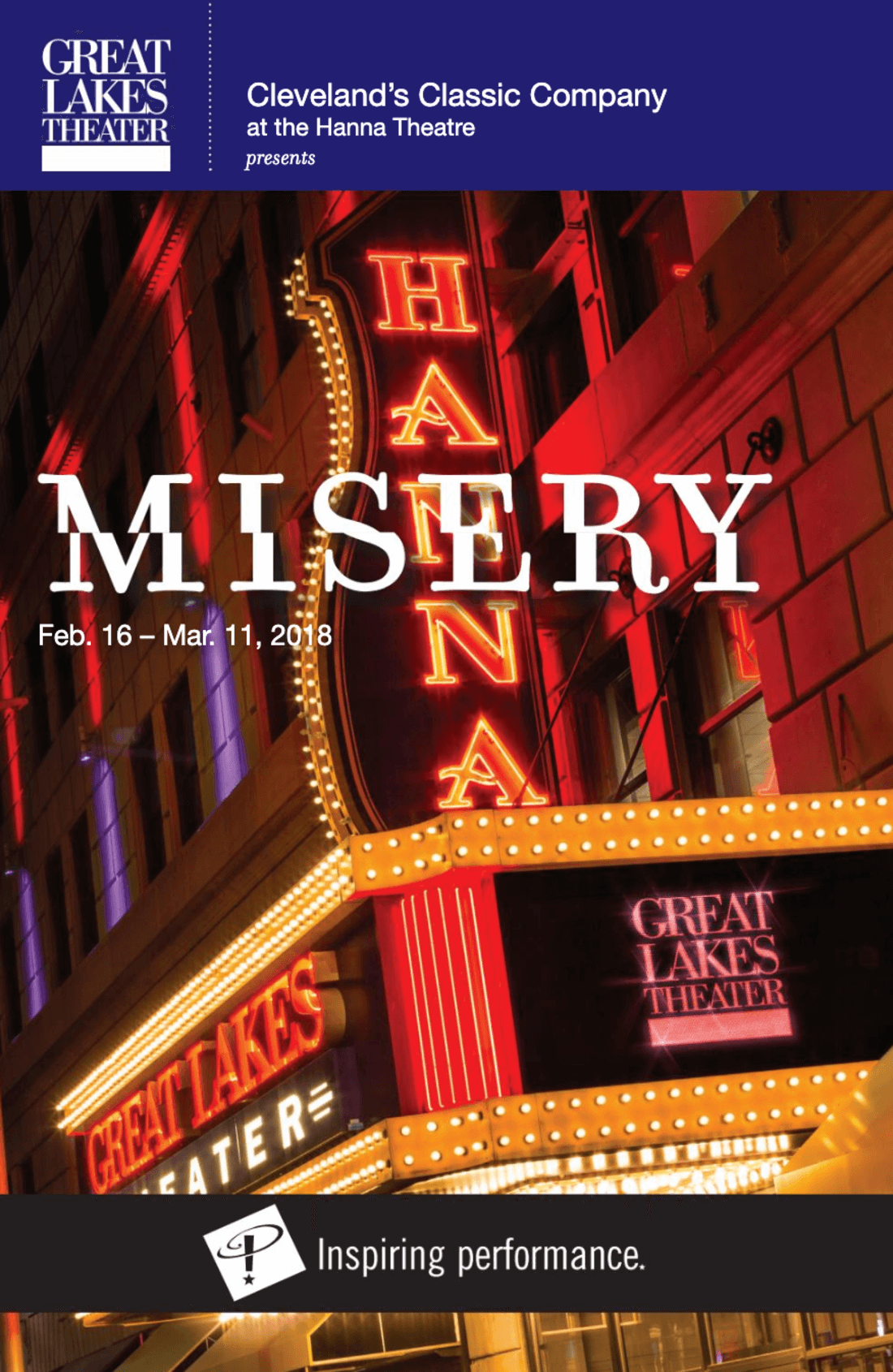 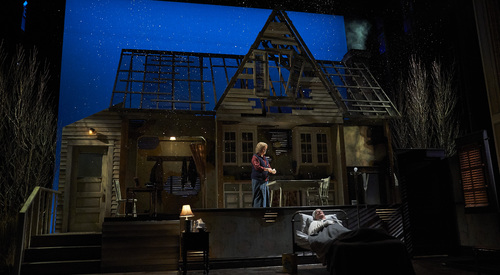 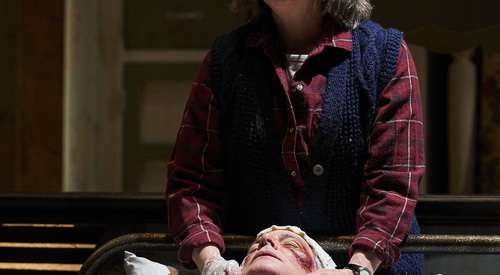 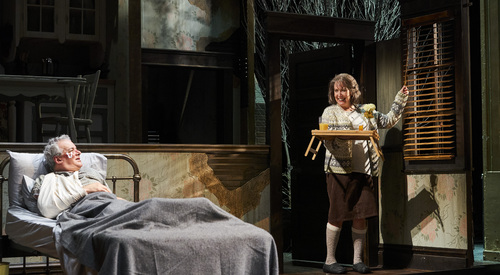 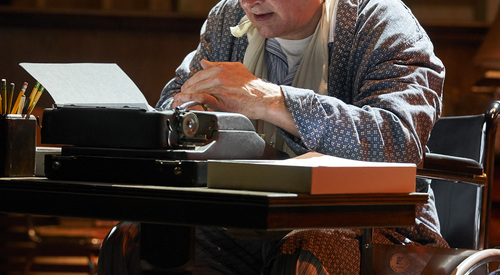 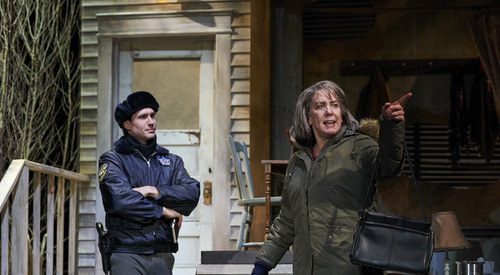 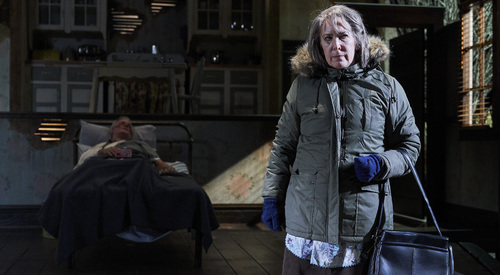 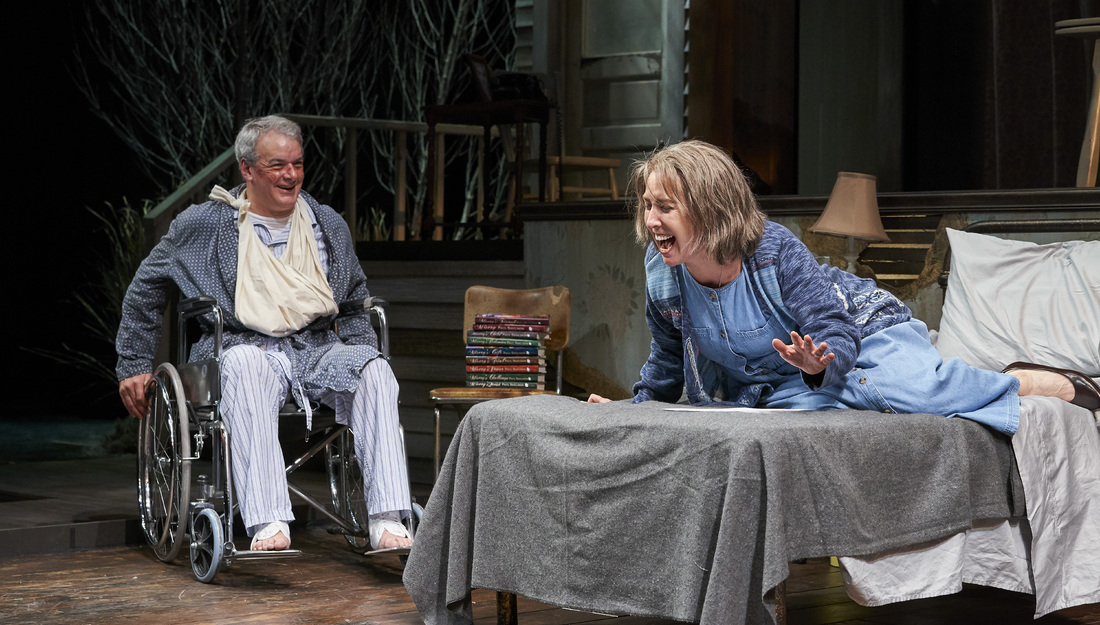 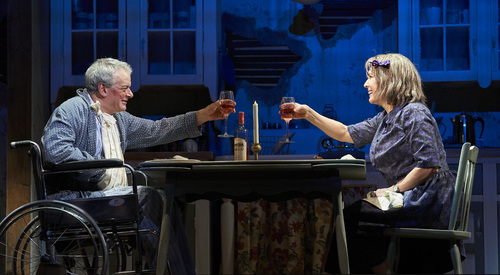 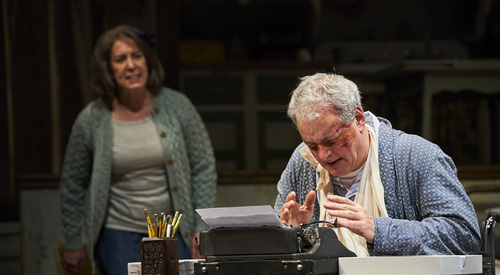 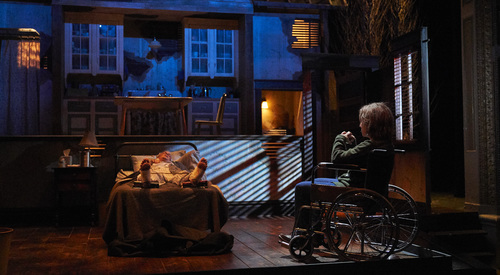 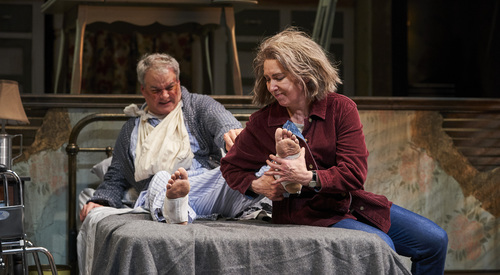 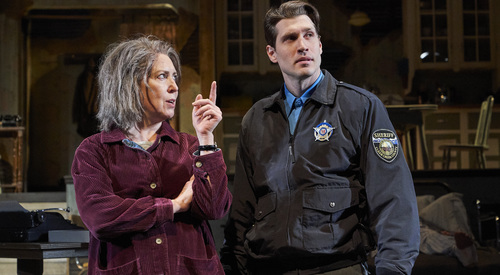 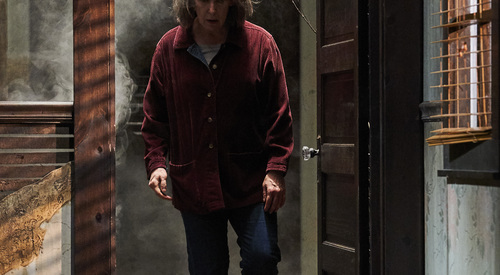 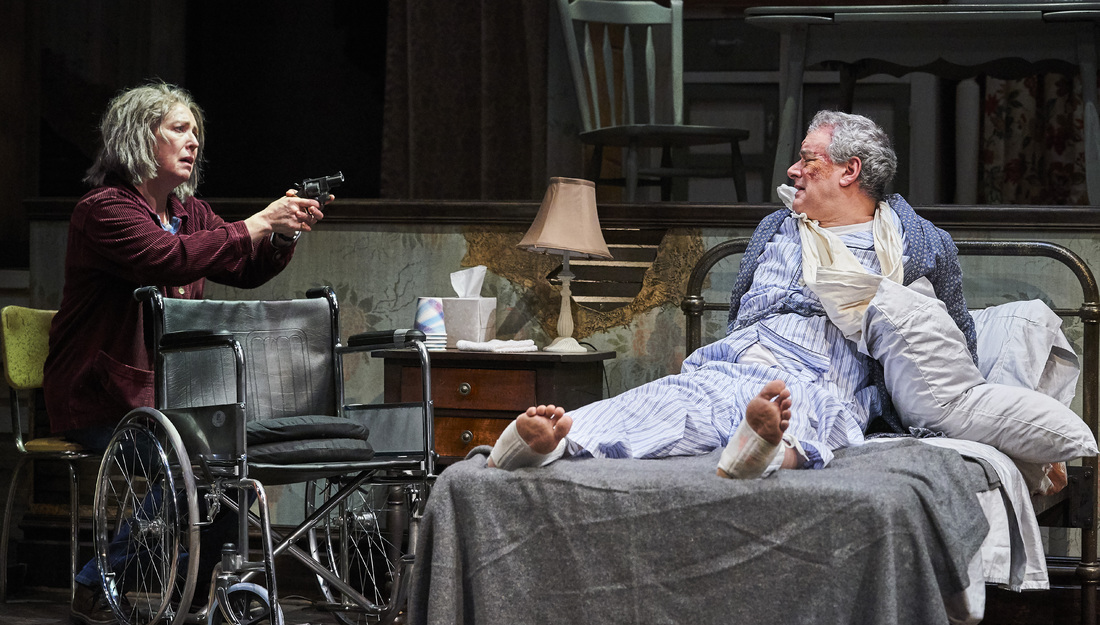 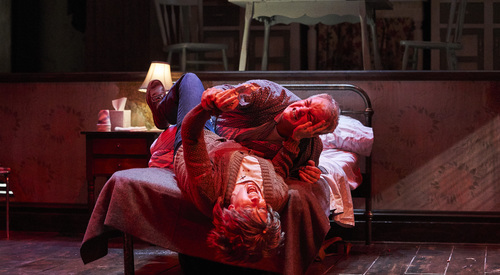 Misery follows successful romance novelist Paul Sheldon, who is rescued from a car crash by his “Number One Fan,” Annie Wilkes, and wakes up captive in her secluded home. While Paul is convalescing, Annie reads the manuscript to his newest novel and becomes enraged when she discovers the author has killed off her favorite character, Misery Chastain. Annie forces Paul to write a new “Misery” novel, and he quickly realizes Annie has no intention of letting him go anywhere. The irate Annie has Paul writing as if his life depends on it, and it does.

“There are no lulls in famed screenwriter William Goldman’s 90-minute stage adaptation of the Stephen King story, which Goldman himself translated into the 1990 film…Exposition that took a dozen pages in paperback and at least several minutes on screen plays out…faster than snow piling up in a Colorado blizzard.” —NBC New York.