In a maelstrom of politics and magic, Shakespeare's towering tragedy melds unforgettable characters and incomparable language in a fascinating drama of corruption and heroism.

We invite you to join us for an eerie evening of dazzling darkness, where specters and riddles foretell the futures of kings. But beware: "something wicked this way comes."

Consider ONSTAGE seating when planning your visit to enjoy the fullness of this unique production. (Onstage seats are padded benches with backs similar in style to church pews. The bench seat is padded. Seating is assigned.)

The National Endowment for the Arts in partnership with Arts Midwest presents Shakespeare in American Communities. Great Lakes Theater is one of 40 professional theater companies selected to participate in bringing the finest productions of Shakespeare to middle and high school students in communities across the United States.

Generous support for MACBETH was provided by John and Barbara Schubert. 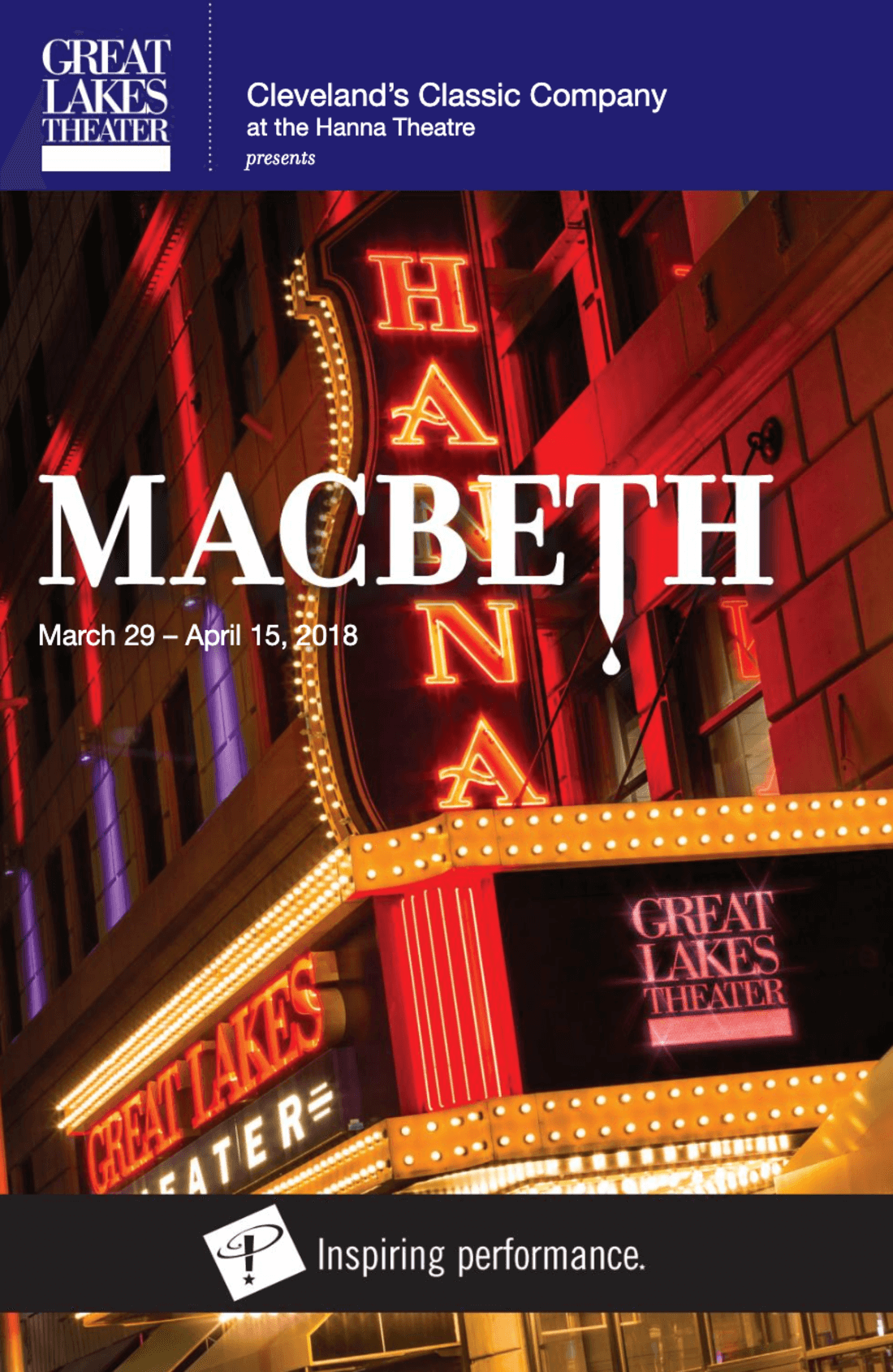 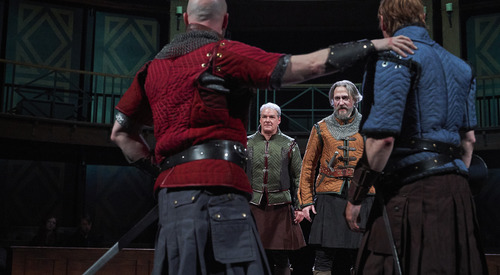 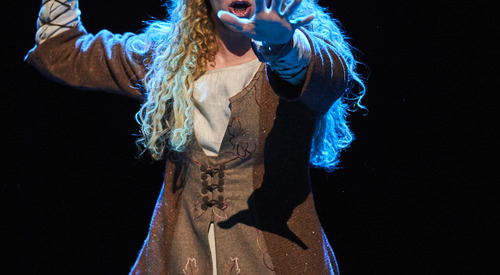 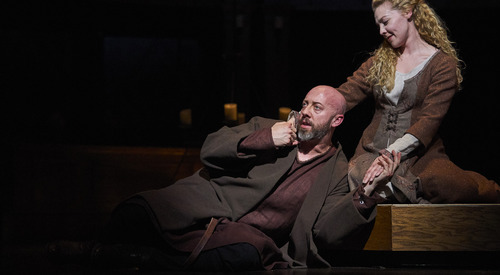 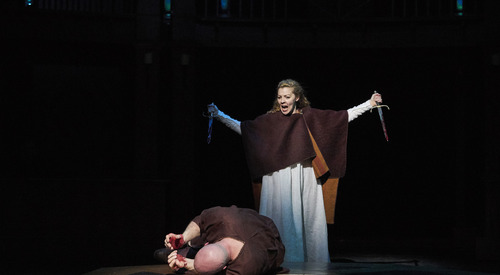 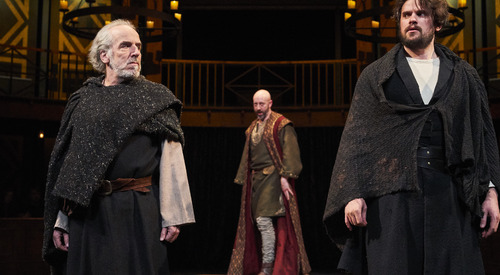 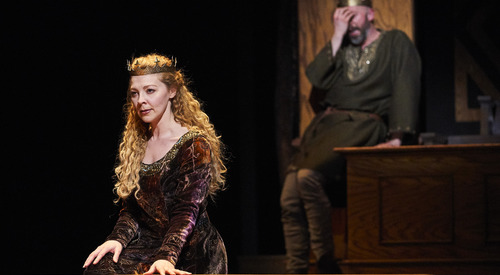 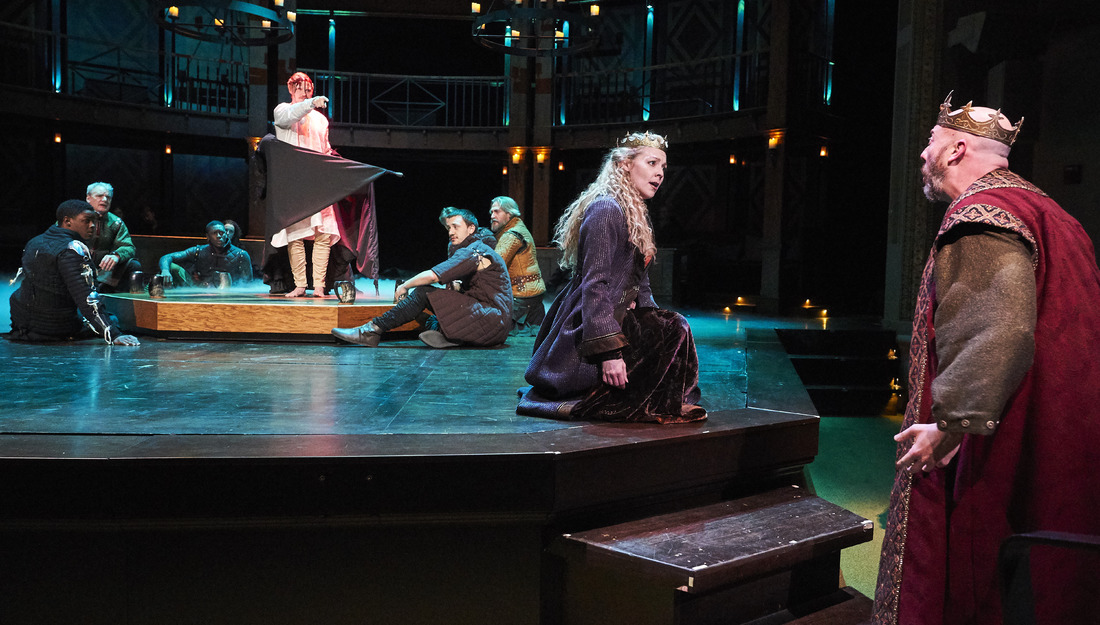 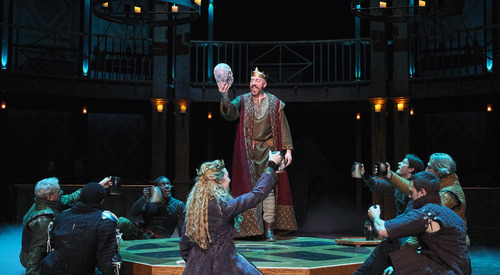 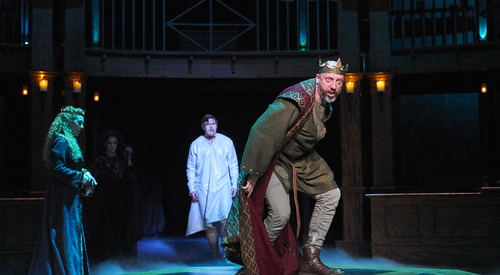 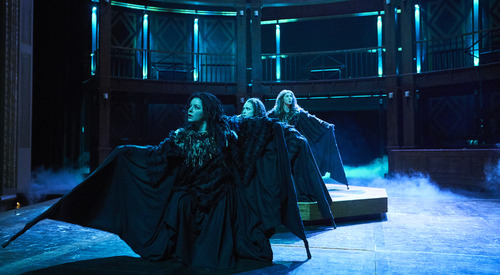 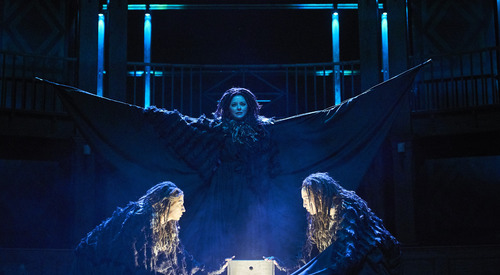 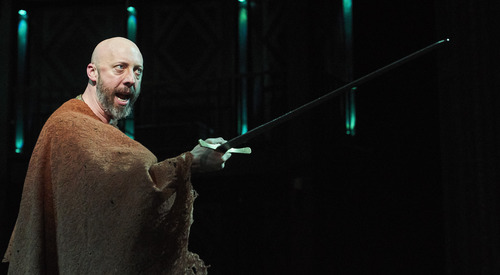 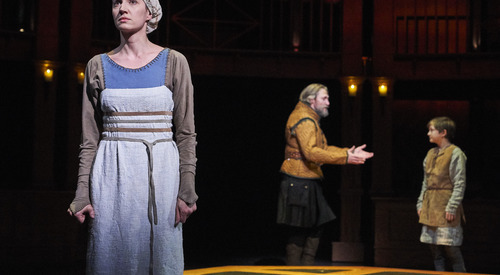 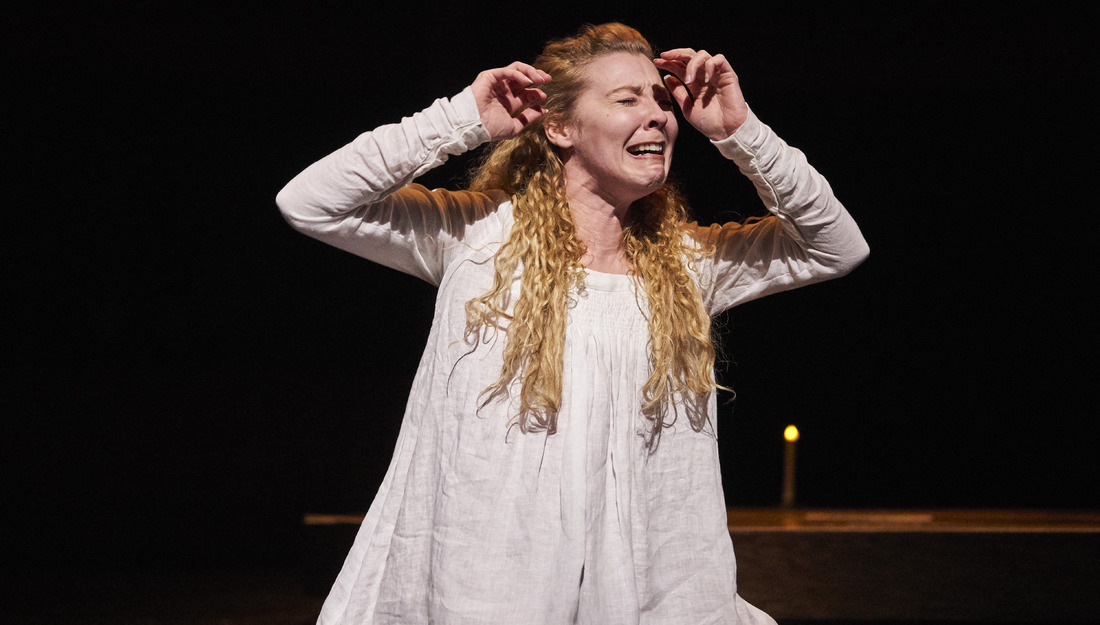 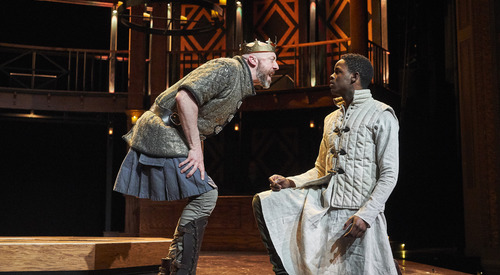 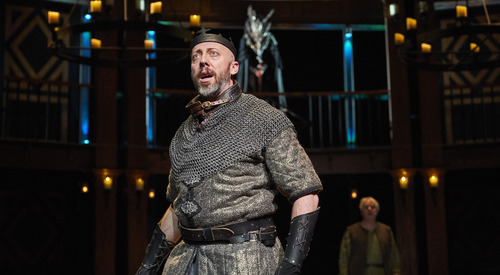 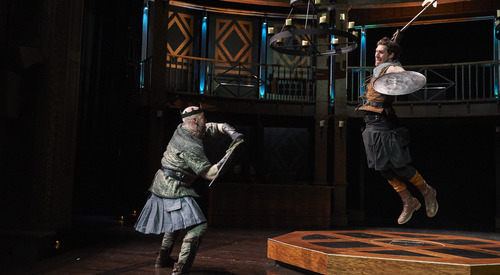 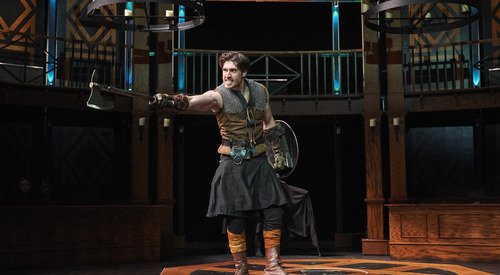 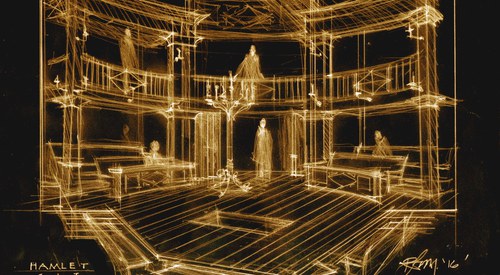 Macbeth, set primarily in Scotland, mixes witchcraft, prophecy, and murder. Three "Weïrd Sisters" appear to Macbeth and his comrade Banquo after a battle and prophesy that Macbeth will be king and that the descendants of Banquo will also reign. When Macbeth arrives at his castle, he and Lady Macbeth plot to assassinate King Duncan, soon to be their guest, so that Macbeth can become king.

After Macbeth murders Duncan, the king's two sons flee, and Macbeth is crowned. Fearing that Banquo's descendants will, according to the Weïrd Sisters’predictions, take over the kingdom, Macbeth has Banquo killed. At a royal banquet that evening, Macbeth sees Banquo's ghost appear covered in blood. Macbeth determines to consult the Weïrd Sisters again. They comfort him with ambiguous promises.

Macbeth confronts Malcolm’s army, trusting in the Weïrd Sisters’ comforting promises. He learns that the promises are tricks, but continues to fight.

Great Lakes Theater audiences familiar with our work may be surprised to see the physical space of the Hanna stage returned to the same configuration that we created last season for our production of Hamlet. Our intention to experiment with a fixed stage, reminiscent of Elizabethan playhouses and the Globe Theatre resulted in the stripping away of some of the trappings of contemporary scenic design – focusing instead on the language, characters and storytelling techniques inherent in Shakespeare’s texts. From the moment we began rehearsals on stage for Hamlet, we knew that we wanted to continue to explore this idea with another play – Macbeth. Fortunately, the audience was as enthusiastic about the idea as we were.

As with Hamlet, we are taking a somewhat historical approach to costume design in our production of Macbeth, a medieval Scottish world – serving the source material for Shakespeare’s play while affording audiences the opportunity to discover its own connections to contemporary life rather than transposing the play, through costumes, scenery and properties, into another time and setting. This is not to argue that more highly conceptualized productions of Shakespeare’s plays are not valid, or that we will not continue to explore “simile” and “metaphoric” approaches (as we have in most of our Shakespeare outings). But with both Hamlet and Macbeth, at least, we have taken a pause from contemporary references: no cell phones, video screens or contemporary music.

We hope you are enjoying this radical idea.

For discussion of the play, historical context and a peek at design research and sources, please read on through our Spotlight on Macbeth (located above inside our digital playbill) – an addition to this playbill curated/written by Margaret Lynch and made possible through the generosity of Donald F. and Anne T. Palmer.