When the opinionated linguistics professor and bachelor Henry Higgins wagers that he can convert a lowly Cockney flower girl named Eliza Doolittle into a lady of high society, he never bargains for the unexpected transformation that she will evoke within him.

Featuring such enduring Broadway favorites as “I Could Have Danced All Night,” “Wouldn’t It Be Loverly,” “The Rain in Spain,” “On the Street Where You Live” and “Get Me to the Church on Time,” this acclaimed musical is a joyful classic that the entire family will enjoy. 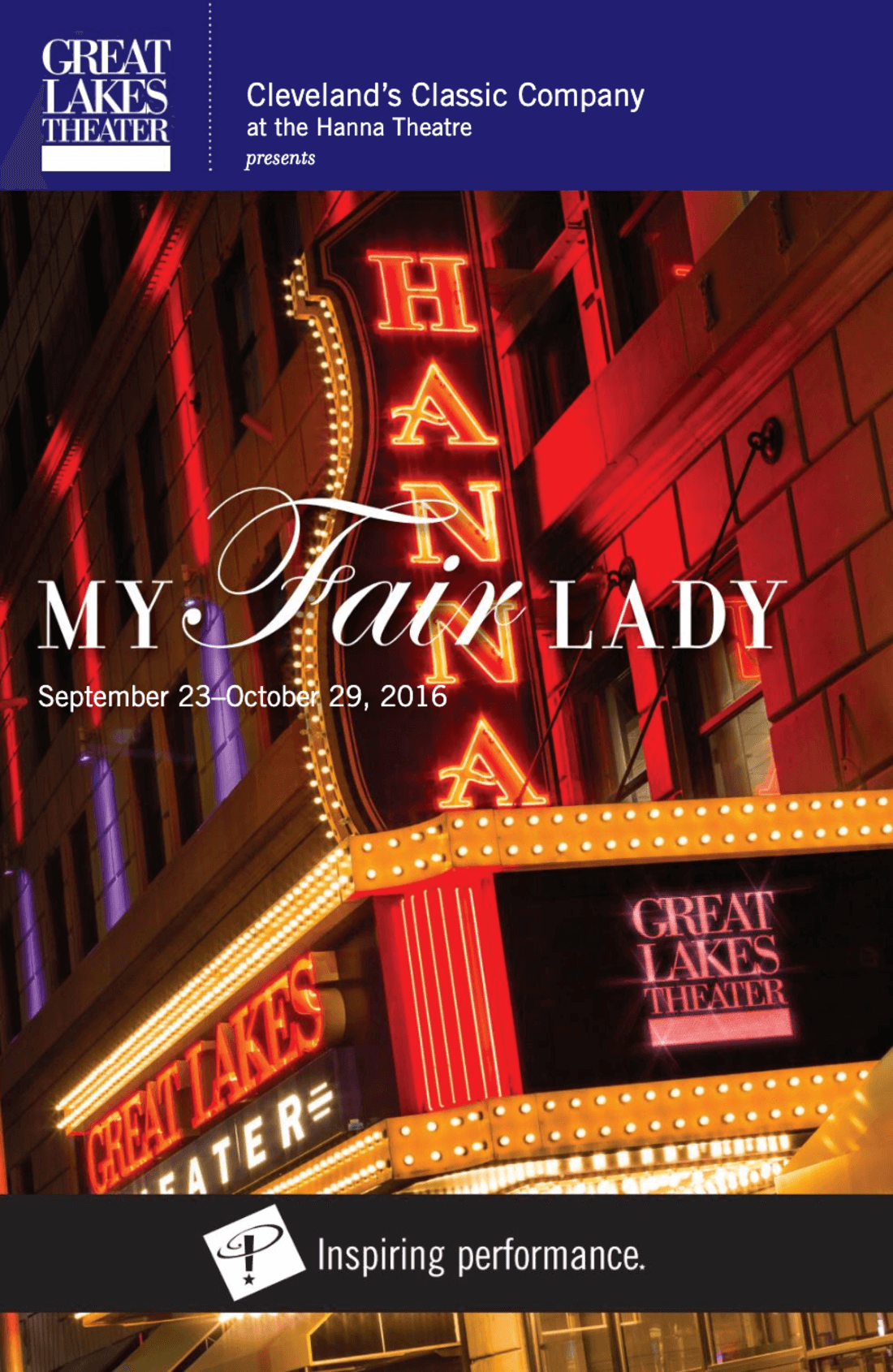 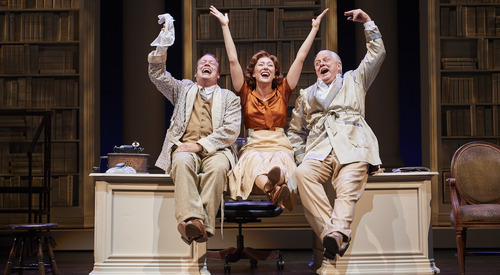 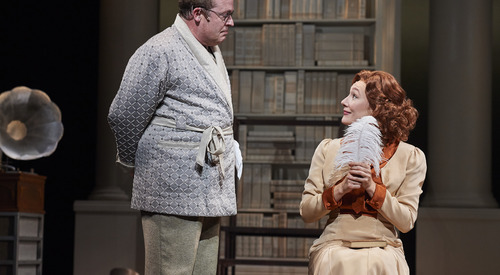 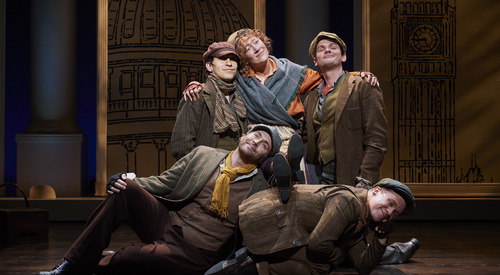 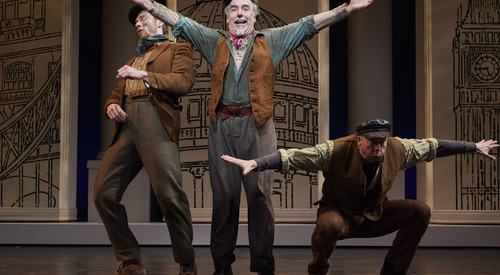 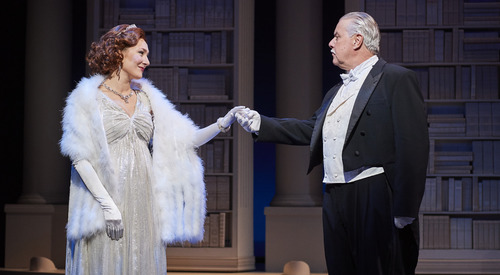 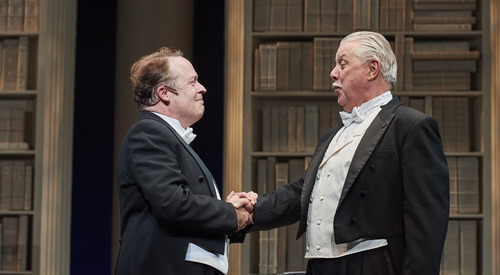 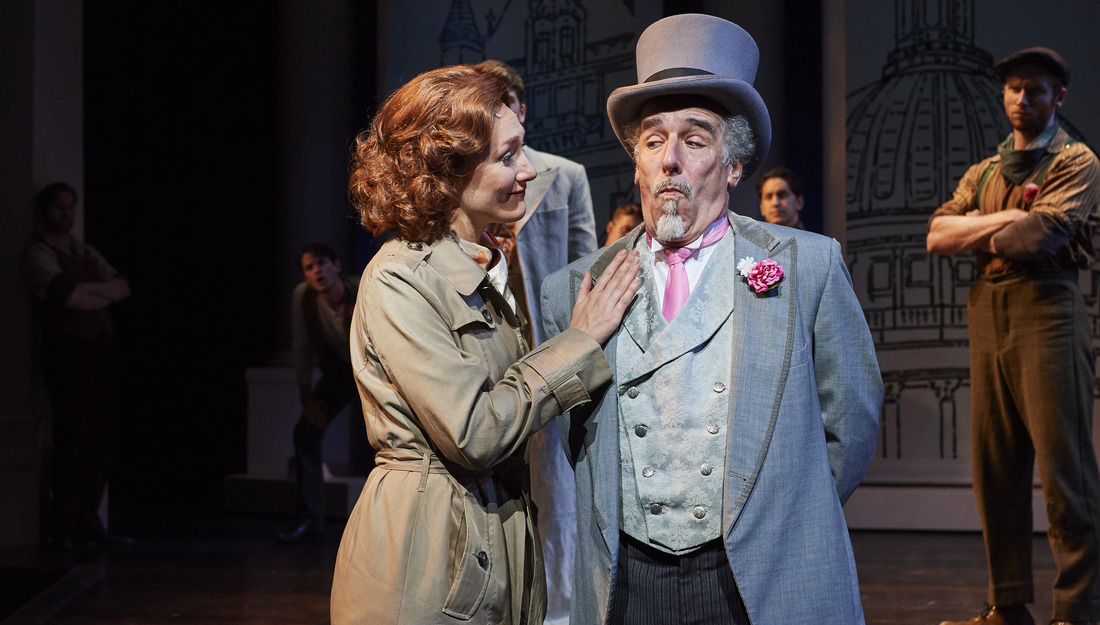 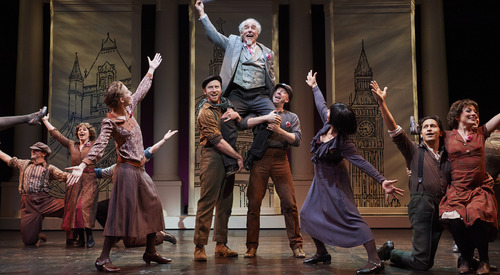 Hailed by critics and audiences for its heart and its wit, My Fair Lady is a beautiful musical about transformation, patronage, gender politics and class, based on George Bernard Shaw’s play, Pygmalion. Acclaimed Professor and confirmed bachelor Henry Higgins makes a wager with his linguistic colleague Colonel Pickering that in six months he can pass off “gutter snipe” Eliza Doolittle as a duchess at an embassy ball.

Through arduous training, day and night, Eliza learns how to speak English “properly,” and transforms into a lady respected and adored by all classes. Along the way she bewitches young Freddy Einsford-Hill into falling in love with her, and convinces a supposed linguistics expert that she is royalty. Through her transformation process, Eliza forges a deep connection with Colonel Pickering and most especially with Professor Higgins. However, she finds herself in a difficult position, now too refined to go back to her old life and not with any means or desire to live life as a lady of leisure – especially by herself.

When Higgins completely fails to acknowledge Eliza’s role in her own transformation, she leaves his home. It is only then that Higgins realizes that he cares deeply for Eliza. The play ends with Eliza’s return to Higgins’ home, and the ending is left ambiguous, yet it is beloved for being both one of the cleverest and one of the most romantic plays of all time. (Stage Agent.)

"A legendary evening." "Broadway will never be the same." "One of the best musicals of the century." "Don't bother to finish reading this review now. You'd better get your tickets." It sounds like these critics might be praising the current Broadway blockbuster, Lin-Manuel Miranda's extraordinary Hamilton; but in 1956, this praise was lavished on My Fair Lady, the musical that broke all box office records of that time. Alan Jay Lerner, who adapted the George Bernard Shaw play Pygmalion and wrote the lyrics, was convinced that "the right people at the right moment in their lives embarked on the right venture -- and rather than extending their talents to the limit, expressed them to the limit." The story of how this all happened is almost more exciting than the finished product.

Originally, the rights for a musical version of Shaw's play were offered to Cole Porter, Dietz and Schwartz, and Rogers and Hammerstein, all of whom declined. Richard Rogers noted that the drawing room ambience of Pygmalion and the text’s deliberate non-romanticism were drawbacks to a musical form. Alan Jay Lerner and Fredrick Loewe enthusiastically took up the challenge, but their initial excitement soon gave way to frustration. No matter how hard they tried they "did not seem to be able to tear down the walls of the drawing room and allow the play to unfold in a setting and atmosphere that suggested music." They struggled with trying to find a way to have a "singing ensemble," a requirement for any musical at the time. They went as far as setting the piece at Oxford with Henry Higgins as a Professor and the undergraduates providing the chorus -- an idea that inspired a two-year departure from their work. During the hiatus, an interesting shift occurred -- the "rules" of musical theatre were being re-written. Realism had begun to toughen up American musicals and emotional reality (already celebrated in the works of Kurt Weill) was the new trend. When they returned to work, Lerner and Loewe discovered that their adaptation did not require new characters or a change of local -- they embraced the play and the screenplay of the film, finding musical inspiration by fleshing out business that occurs between the acts such as the time between Higgins’ exit from Covent Garden and Eliza's arrival at Wimpole Street -- hence, "A Little Bit o' Luck".

The casting was a drama in itself. There was no doubt in Lerner's mind that the most interesting and complex character in Pygmalion was Henry Higgins, whom he believed to be a projection of Shaw in his articulateness, intellectual ardor, and wittily concealed loneliness. According to Stanley Holloway, the original Alfred P. Doolittle, Noel Coward was the top choice followed by Michael Redgrave, George Sanders and Sir John Gielgud. It was Coward himself that recommended Rex Harrison, whom he described as, next to him, "the finest light comedy actor in the world." Although Harrison had never appeared in a musical, Kurt Weill had proposed writing a new version of The Threepenny Opera starring the 1949 Tony Award winning actor. Lerner, a friend of Weill's, was startled by this news and asked the composer, "Does he sing?" Weill replied, "Enough." -- a remark that stuck with Lerner.

In the meantime, Mary Martin's husband, Richard Halliday, had caught scent of the project and pushed for his wife to be considered as Eliza. Although she seemed a rather strange choice for the role, Lerner and Loewe thought they had nothing to lose and agreed to share some of their early songs. Initially they played the songs for Halliday, and after his very enthusiastic response agreed to meet with Miss Martin one evening following her performances of Peter Pan. Shortly before midnight, the couple arrived at the apartment of Lerner's mother (neither Lerner nor Loewe lived in New York) and listened to five songs in silence. Two days later, Lerner requested a meeting with Halliday who related that Mary had been awake half the night saying over and over again, "How could it have happened? How could it have happened? Richard, those dear boys have lost their talent." With Mary Martin out, the writers went on to consider Deanna Durbin and Delores Gray, but finally decided to pursue the new young star of The Boy Friend on Broadway, 19-year-old Julie Andrews.

With the leads signed, the creative team in place, and rehearsals beginning, you would think it would be time for some smooth sailing -- not so. Harrison became out of sorts at the very first reading, believing his character had gotten lost in the second act -- this was only the first of many of Harrison's complaints. In terms of the leading lady, it was only five days into rehearsal when it became clear to the director, Moss Hart, that Julie Andrews was clearly out of her depth. He dismissed the entire company for two days and took his leading actress to the New Amsterdam Theatre, sealed off from all outsiders. There, he and Julie put the part of Eliza together bit by bit; later he recalled, "It was the sort of thing you couldn't do in front of a company without destroying a human being. We met in this silent, lonely, dark theatre, and I told her 'Julie, this is stolen time, time I can't really afford. So there can be no time for politeness and you mustn't take offense. We have to start from the first line and go over the whole play line by line."

By the second week, a new song had been added for Harrison in Act II, "A Hymn to Him" returning the focus squarely to Higgins, Andrews was processing her 2-day work session, transforming herself into a stunning Eliza -- but one thing was missing. A title. Originally the musical had been titled Liza; but with Harrison insisting on star billing above the title, "Rex Harrison starring in Liza" didn't have the ring to it. Other versions batted around included My Lady Liza, Mayfair Lady and even the strange Fanfaroon -- Loewe's favorite because it rhymed with his biggest hit to date, Brigadoon.

The final drama occurred at 4:00 on the afternoon of opening night -- Rex Harrison simply refused to go on. His agent was rushed to the theatre to negotiate with the actor, "I can't open. I just cannot open. I'm not ready." Finally, an hour before curtain, Harrison emerged from his dressing room and agreed to go on. Unfortunately, the company had been dismissed so the start time of 7:30 grew to 8:40 while the cast was rounded up -- but when the curtain rose, every single actor was in their place.

So what do My Fair Lady and Hamilton have in common? They are the groundbreakers of their respective eras, the ones that defied the rules and defied the odds. These are never easy pieces to birth -- each comes with their own drama, but they both stand as a unique part of the proud legacy of the American Musical Theatre -- and inspirations for generations to come.