On one stormy night in the 1960s, four eager singers known as The Plaids met their untimely ends in a cherry red, 1954 Mercury on the way to their first big gig.

In 2017, this quartet of comic crooners gets one last chance to return from the afterlife to do the show they never got to perform. The Plaids deliver delightfully with playful patter and angelic voices in an unforgettable show that will have audiences rolling in the aisles when they’re not humming along to the great nostalgic pop hits of the 1950s. 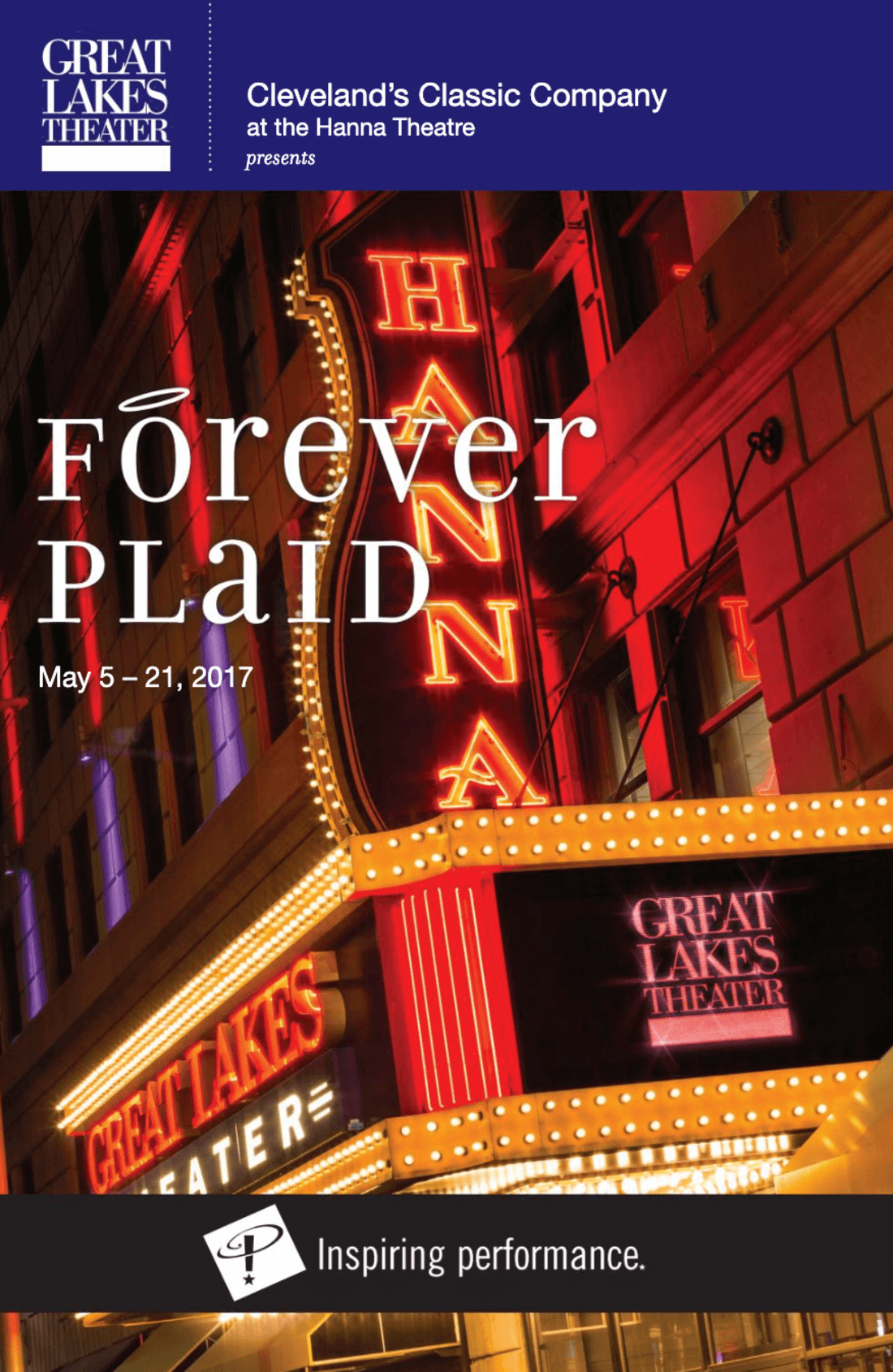 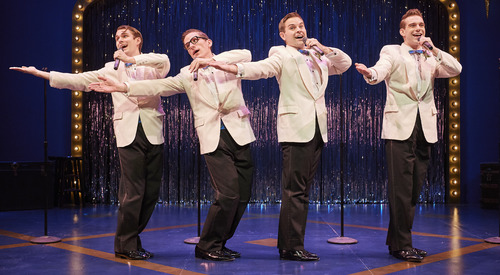 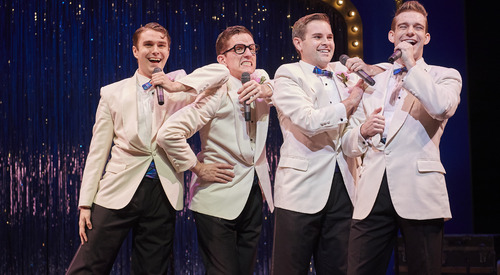 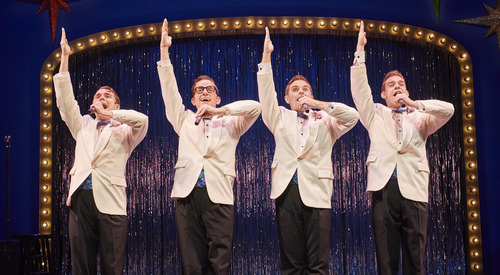 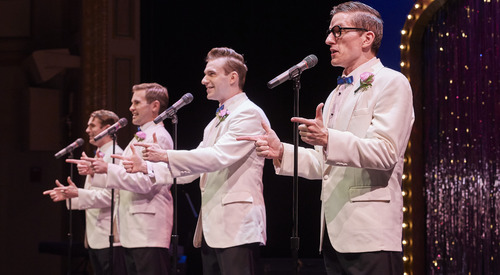 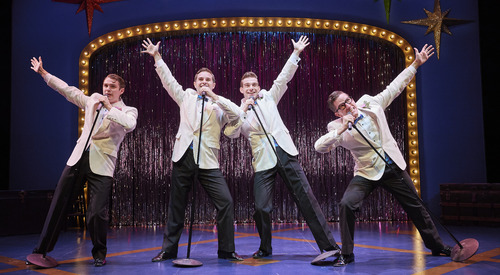 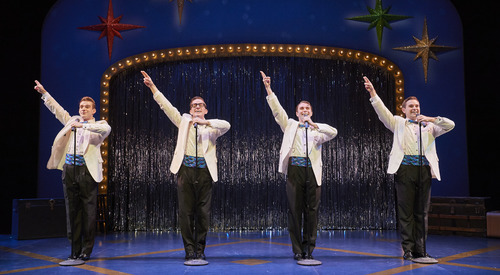 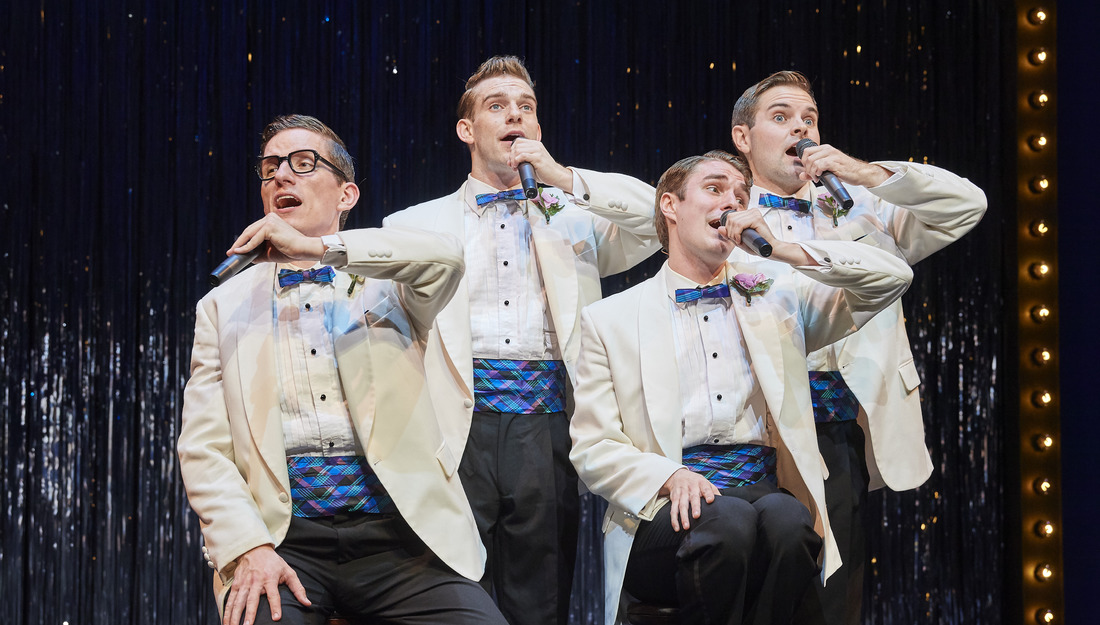 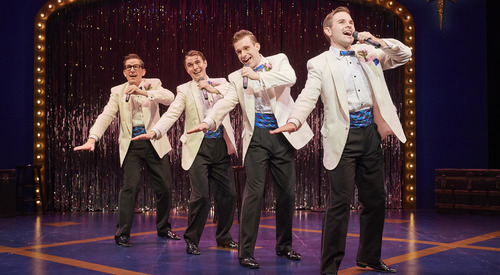 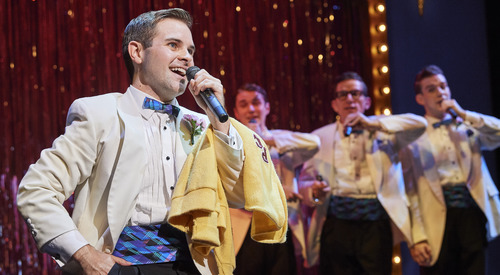 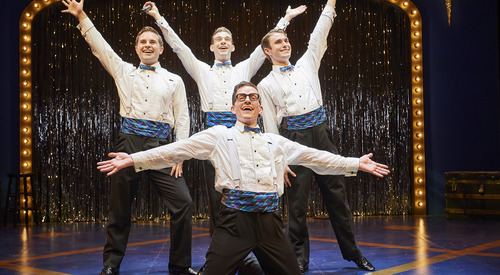 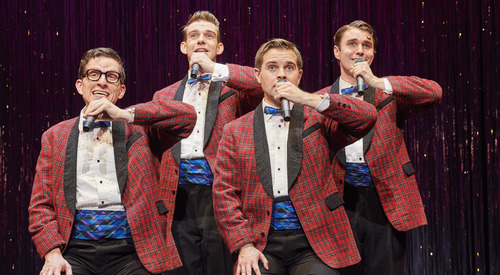 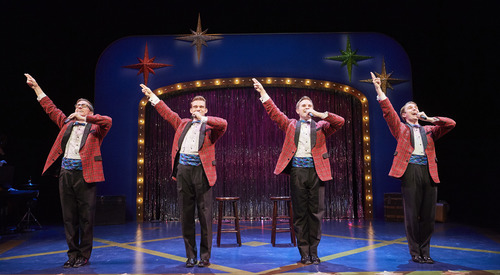 Forever Plaid is one of the most popular and successful musicals in recent memory. This deliciously fun revue is chock-full of classic barbershop quartet harmonies and pitch-perfect melodies!

Once upon a time, there were four guys (Sparky, Smudge, Jinx and Frankie) who discovered that they shared a love for music and then got together to become their idols – The Four Freshman, The Hi-Lo's and The Crew Cuts. Rehearsing in the basement of Smudge's family's plumbing supply company, they became "Forever Plaid". On the way to their first big gig, the "Plaids" are broadsided by a school bus and killed instantly. It is at the moment when their careers and lives end that the story of Forever Plaid begins....

Singing in close harmony, squabbling boyishly over the smallest intonations and executing their charmingly outlandish choreography with overzealous precision, the "Plaids" are a guaranteed smash, with a program of beloved songs and delightful patter that keeps audiences rolling in the aisles when they're not humming along to some of the great nostalgic pop hits of the 1950s.

SPOTLIGHT ON FOREVER PLAID
Stuart Ross, book writer and creator of Forever Plaid, was just a young boy of five years old in 1956 when his older brother went off to college and left him a collection of vinyl 45s. It included The Four Freshman, The Four Aces and the Four Lads. His parents also owned… wait for it… a diner! Who better to write a 1950s jukebox musical about a foursome of aspiring clean-cut, close-harmony singing, plaid-wearing young men?

Ross has written us the story of Frankie, Smudge, Sparky and Jinx, a quartet returning from the afterlife (they’ve been killed in a collision with a bus full of Catholic girls) to play their dream gig. With 28 songs such including Three Coins In A Fountain, Lady Of Spain and Shangri La we’re transported to a time where 4-part boy bands harmonized their way from gig to gig. The tightly arranged vocals are lush, romantic and swoon-worthy. It’s a style that personified romance and innocence, a style that both parents and kids listened to together in the 1950s.

It’s important to remember that Forever Plaid is not a spoof or parody. It is truly earnest and sincere: it just happens to be funny along the way. There’s innocence and charm in the notion that 4 high school chums might rehearse in the family basement, might talk of young love and squabble about dance moves and harmony parts. The true joy of a jukebox musical is that you could strip the set and lights, and enjoy a concert of 28 nostalgic tunes that transport you to a bygone era of music. Forever Plaid is no exception.