The Bard's Final Glorious Gift to the Theater

Tempted by spirits, teased by sprites, and tormented by a monster, a shipwrecked king and his party face the wrath of the betrayed conjurer, Prospero - a man they marooned on the enchanted island years ago.

But revenge yields to redemption in William Shakespeare’s final glorious gift to the world. Along the magically tempestuous journey, passions are unleashed, villainy is thwarted and a family is reunited in a comic and cathartic tale of romance and renewal.

Generous support for this production was provided by John and Barbara Schubert. 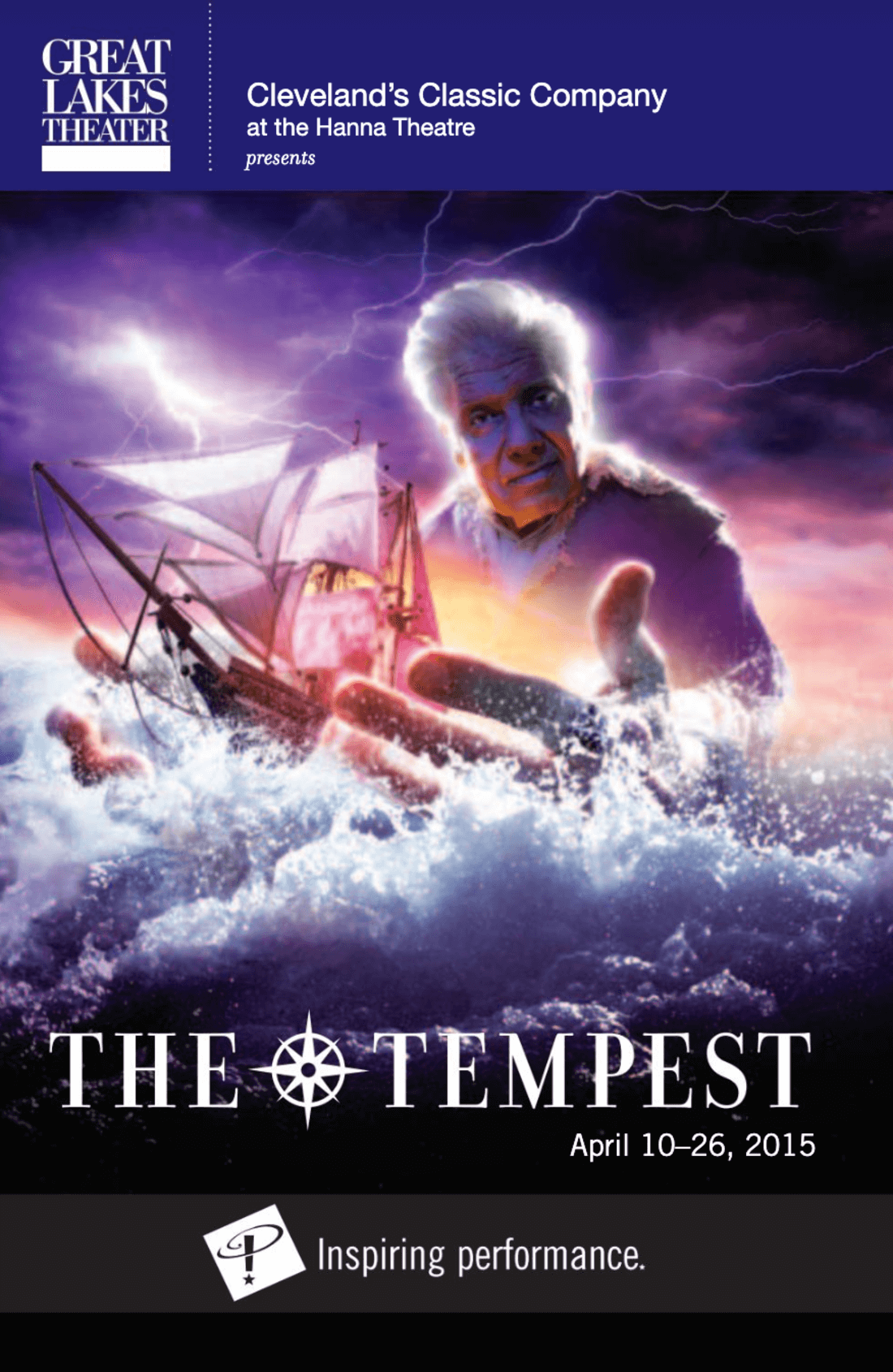 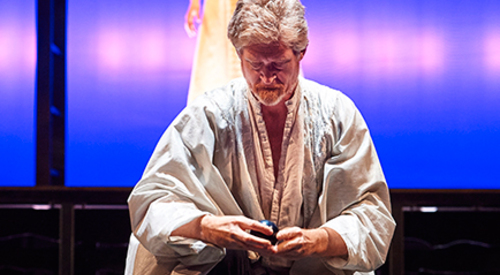 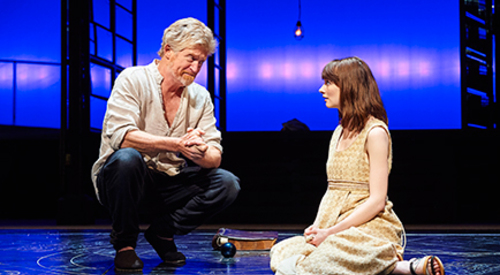 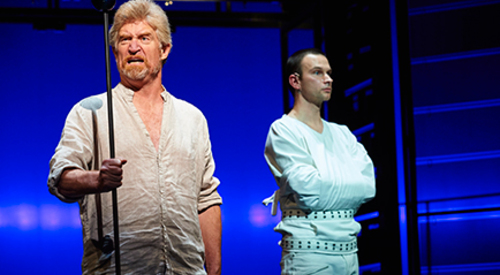 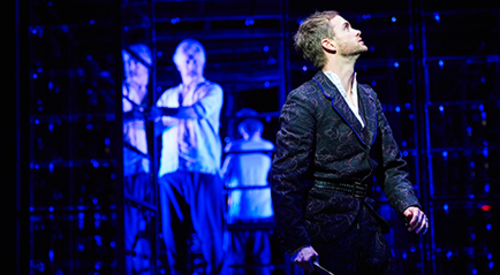 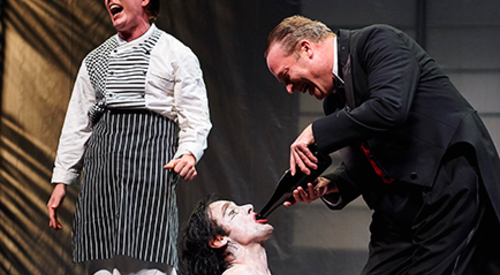 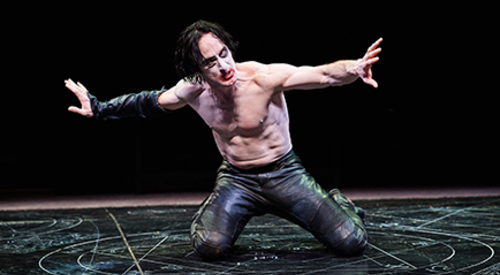 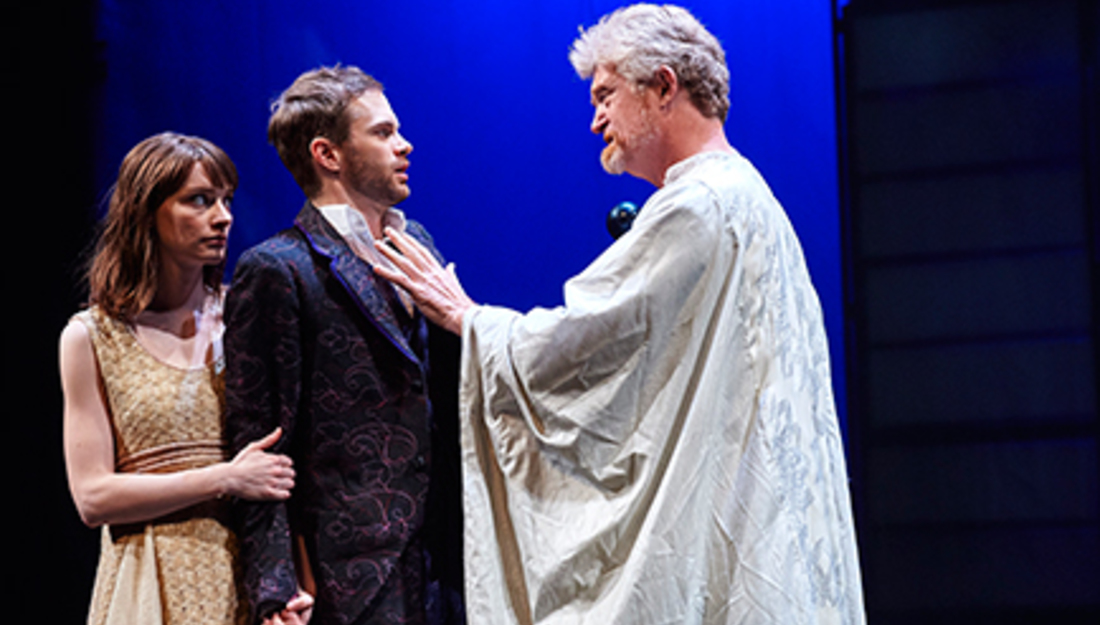 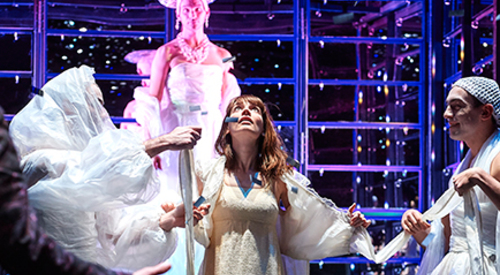 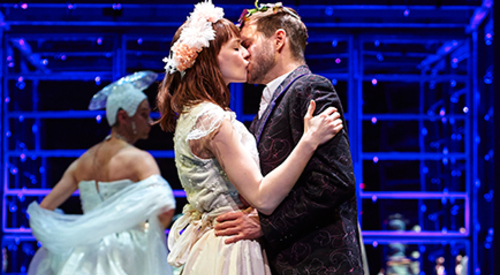 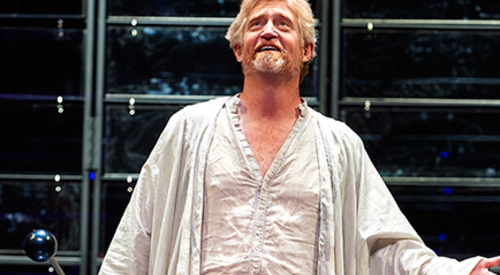 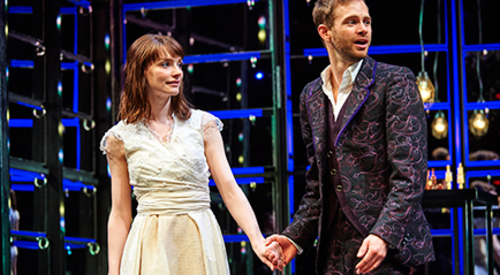 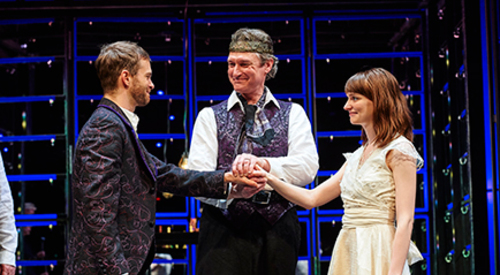 King Alonso of Naples and his entourage sail home for Italy after attending his daughter Claribel’s wedding in Tunis, Africa. They encounter a violent tempest. As their ship splits, everyone jumps overboard. The King and his party arewashed ashore on a strange island inhabited by the magician Prospero, who has deliberately conjured up the storm. Prospero is, in fact, the rightful Duke of Milan. Twelve years previously, his brother, Antonio, conspired with King Alonso to seize the dukedom. Prospero’s sole friend at court, Gonzalo, provided supplies, including some treasured books, for his enforced flight.

Prospero’s spirit-servant, Ariel, assures him the ship is intact, its crew and passengers safe, with Ferdinand, Alonso’s son and heir, separated from the others. The prince is brought to Miranda, Prospero’s daughter, and they fall in love. Prospero must act quickly to take full advantage of his favorable circumstances. He enforces hard labor on Ferdinand to test him, and, with Ariel’s help, spell-binds the court into deep slumber. But, Antonio and Alonso’s brother, Sebastian, do not succumb and they plot to murder the sleeping King and Gonzalo. Ariel foils their plan at the last moment. Meanwhile, two other survivors, Trinculo and Stephano, fall in with Caliban, who lived alone on the island before Prospero and Miranda’s arrival. Caliban believes he is the island’s rightful ruler, having inherited it from his mother, the witch Sycorax. He offers to make Stephano his king, if Stephano will kill Prospero. Prospero presents Alonso and his guilty courtiers with a banquet of delights which turns terrifying with the arrival of Ariel in the form of a vengeful harpy. Alonso, believing that his crime against the exiled duke has resulted in the death of Ferdinand, is deeply traumatized.

Prospero rewards the constancy of the lovers with a celebratory betrothal masque. At its climax, suddenly recalling Caliban’s conspiracy, he transforms the spirit-actors into dogs who hound the miscreants. The sense of danger narrowly averted and the power of human compassion evoked by Ariel prompt Prospero to renounce his magic. He brings everyone together, thanks to Gonzalo for his fidelity, and confronts his enemies. Ferdinand is reunited with his grateful father, who breaks the pact with Antonio and obliges him to restore the dukedom to Prospero. Caliban regrets his misplaced confidence in Stephano. As the royal and ducal groups prepare to return to Italy, Ariel is given his freedom and Caliban regains the island.

From as far back as Aristotle to the forefront of modern neuroscience, we have linked our fundamental conception of humanity to the notion of consciousness - the spark of awareness that makes us us. Consciousness fuels our innate curiosity about the world, as well as provides the window through which we perceive that world. It establishes both the “I” and the “eye” of the beholder. In The Tempest’s spare and tantalizing allusiveness, Shakespeare delves deeper into the thrilling mystery of life than in any of his earlier plays. Written at a time when new learning was remapping the frontiers of human knowledge, The Tempest explores a paradox of human consciousness: awareness of one’s self in the world can prevent one from feeling connected to the world.

Albert Einstein once wrote:
"A human being is a part of the whole, called by us “Universe,” a part limited in time and space. He experiences himself, his thoughts and feelings as something separated from the rest—a kind of optical delusion of his consciousness. This delusion is a kind of prison for us, restricting us to our personal desires and to affection for a few persons nearest to us."

Prospero, who has devoted his life to knowing all there is to know about the universe, must confront the extent to which he does not know himself and can never fully know others. In recognizing the limits of his comprehensive power, Prospero learns how to broaden the scope of his empathic ability and prepares for a journey that will enable him to rectify the misdeeds of his selfish past. Yet, as its title implies, The Tempest is ultimately concerned with much more than one man’s evolution.

Shakespeare, whom Ben Jonson called “the Soul of the age” —an age that considered the soul to be the seat of both thought and feeling—at once celebrates the awesome curiosity and capacity of the human mind and exposes the fears, anxieties and selfserving impulses that threaten to overwhelm it. That which makes us human, as Shakespeare shows us time and time again, is our struggle to reconcile the enormity of our dreams with the exquisite vulnerability of our brief lives.

The characters in The Tempest confront physical and emotional landscapes that force them to question fundamental truths about who they think themselves to be. Fatigued and isolated, having been traumatically ripped from their everyday world, Prospero’s prisoners stumble through dizzying states of consciousness, uncertain whether they can trust what they see, hear or feel. Haunted by memories of their past and tempted by visions of an imagined future, the people of The Tempest struggle to comprehend the insistent present at work in Prospero’s plan.

The island, with its mysterious sights and sounds, becomes a physical manifestation of the human mind—a lens that both reveals and obscures. In Shakespeare’s day, magicians gazed for hours by candlelight into obsidian mirrors. This occult art, called “scrying,” transported its practitioners into the supernatural realm. The terra incognita of Shakespeare’s The Tempest facilitates a similar magic, bestowing upon its audience the power to participate in both sides of the act of knowing. Our need to understand leads us to identify with both the ruler and the subject; we are both the observer and the observed.

As he reveals the extent to which human beings are enslaved by their senses, Shakespeare offers glimpses of the transformative power of perception: how the unknown can be turned into monster or god and how brief moments contain lifetimes of experience. We wonder at what it is to wonder and marvel at our capacity for the marvelous. We appreciate, in the midst of our tempestuous lives, how rare and precious are those moments when we can truly see, can truly touch, can truly feel the humanity of those around us.

There’s something resonantly modern in Shakespeare’s exploration of human consciousness. Writing twenty years before Rene Descartes shook the philosophical world with his foundational assertion, “I think therefore I am,” and three hundred years before Albert Einstein formulated his theories of relativity, Shakespeare dramatized the power of the mind both to imprison and to liberate. Like his contemporary, John Donne, Shakespeare reminds us that “No man is an island;” The Tempest dares us to open our hearts and minds fully enough to drown with all the world in the deluge of our senses.