A Royal Epic of Shakespearean Proportions

Monstrously Machiavellian and theatrically thrilling, Richard III recounts the rise of Shakespeare's most diabolical villain - a homicidal hunchback on a bloody campaign to seize the English crown.

To steal power is one thing…but to retain it is another. Will cunning and charisma enable a murderous monarch to maintain his throne? Or will the ghosts of Richard’s past rise up to ruin his rule? A bloody battle to the death delivers astonishing answers during a cathartic conclusion when once and future kings collide.

Produced with generous support from John and Barbara Schubert. 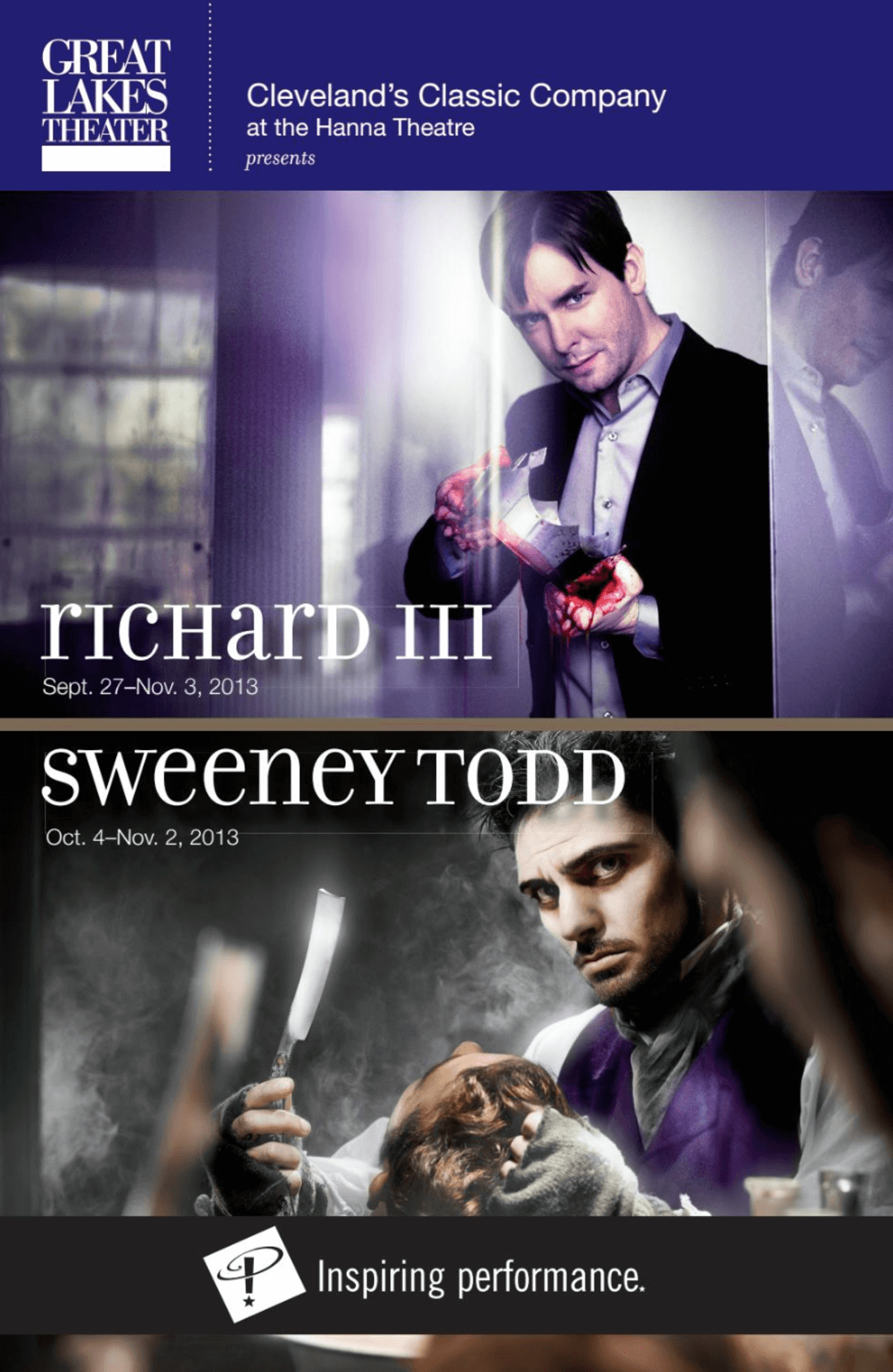 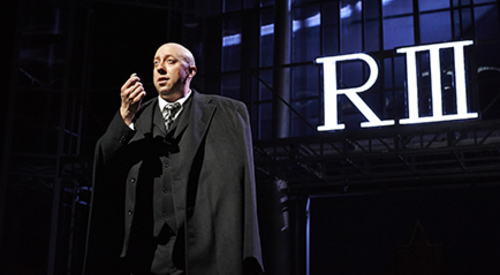 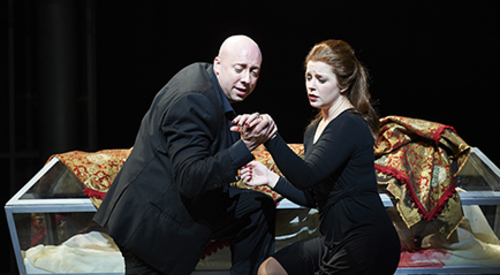 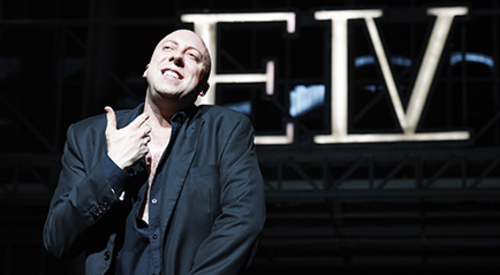 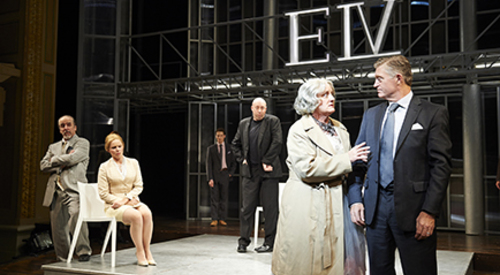 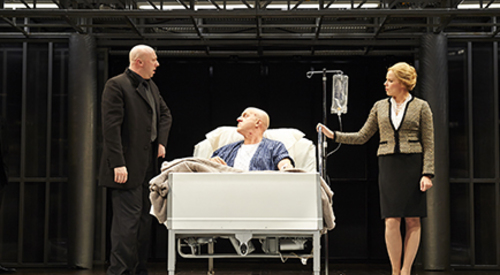 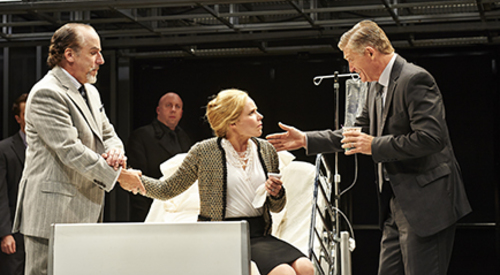 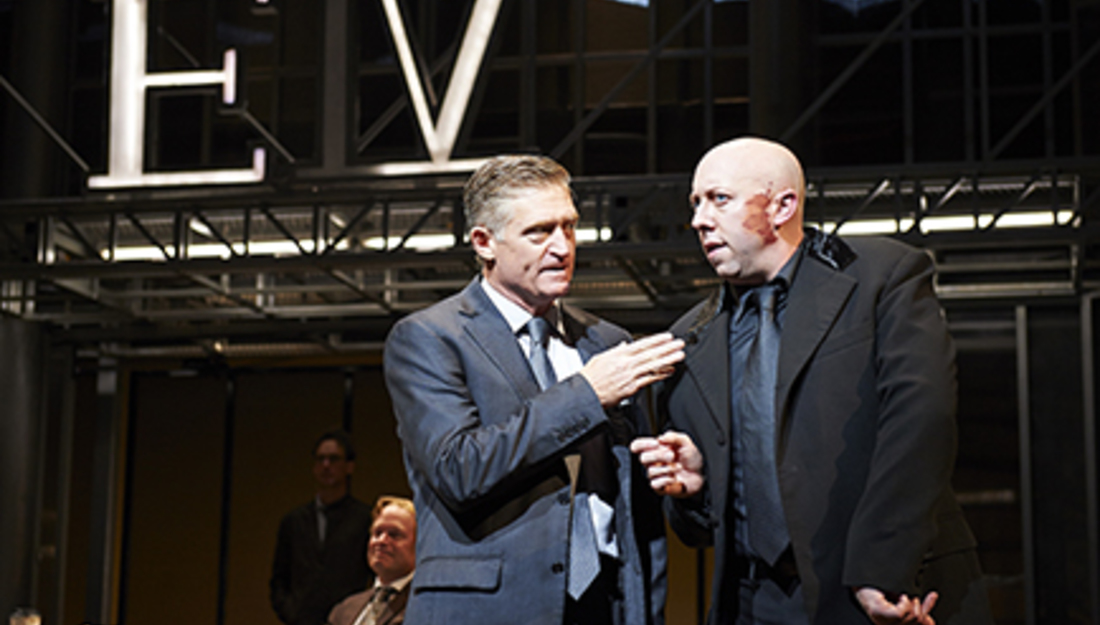 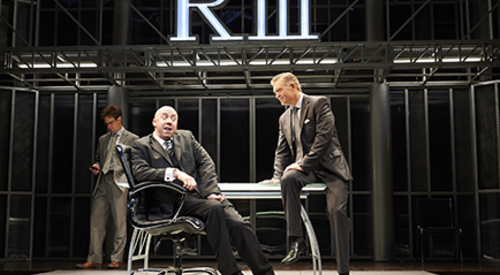 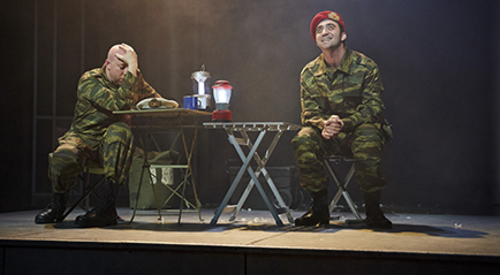 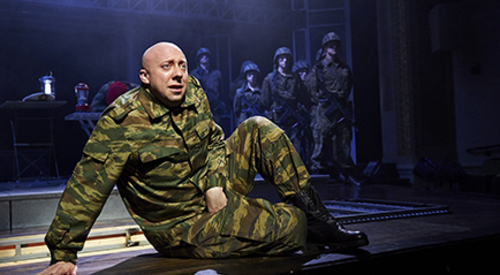 With the Henry VI trilogy, a young Will Shakespeare emerged onto the Elizabethan London theater scene, and with Richard III he had scored his first big hit while still in his 20s. The saga of the scoliosis-stricken, unloved son of York who schemes and slaughters his way to the English crown went on to become the most performed of Shakespeare’s plays during his lifetime. From the time Richard Plantagenet opens Henry VI, Part 3 shaking the severed head of the Duke of Somerset at Henry VI’s defeated army and berating the forever silenced cranium to “Speak thou for me and tell them what I did,” it’s clear that the author had struck gold with the character who will go on to become Richard, Duke of Gloucester and, finally, Richard III. From that point forward, the future king’s force of personality, flashes of wit and flair for warfare in spite of his physical infirmity are increasingly irresistible—as if the character will not be denied more and more stage time and ultimately demands that his author place him center-stage in his own play.

Shakespeare went on to write four more plays that, with the Henry VI’s and Richard III, would encapsulate the 100 years (of bloody slaughter in the name of divine right) known as the Wars of the Roses. The writing of the plays was done out of order, the Henry VI’s and Richard III preceding Richard II, the Henry IV’s and Henry V— potentially confusing for his audience, but no more or less so than our willingness to follow Star Wars or Game of Thrones. With the exception of Prince Hal carrying out his dying father’s advice “to busy giddy minds with foreign quarrels,” in the romanticized and nationalistic Henry V, each of the epic historical tragedies follows a similar trajectory beginning with a struggle for the crown and ending with the monarch’s death by assassination and/or psychic implosion and the coronation of the usurper. Each of the kings begins his reign by turning his back on the nobles who helped him to the crown. This is followed by more and more murders as the increasingly isolated monarch kills first his enemies, then his former allies, and finally any and all possible claimants to the crown. When the tyrant’s support is sufficiently weakened by paranoia and misrule, a young pretender returns from banishment bringing new hope for the besieged kingdom—but every step to power continues to be marked by betrayal and butchery and the new ruler assumes the throne every bit as hated as his predecessor. And so the great wheel turns. Shakespeare scholar Jan Kott called this repetition the Grand Mechanism—“a great staircase on which treads a constant procession of kings. Every step upwards is marked by murder, perfidy and treachery. From the highest step there is a only a leap into the abyss.”

Although Shakespeare’s chronicles of regicide are categorized as histories, the plays are not “real” history in the sense that they objectively or accurately portray events as they are likely to have happened. Shakespeare’s dramatic license includes complete fabrication in the interest of telling a good story and willful misrepresentation in order to honor (and not anger) his own monarch, Elizabeth I. The primary source for Richard III was Thomas More’s, History of Richard III, undoubtedly written with little aim other than to please and support the legitimacy of More’s monarch and Elizabeth’s father, King Henry VIII—the son of Richard’s conqueror, the Earl of Richmond, King Henry VII. Elizabeth’s claim to the crown through her Tudor lineage was a very open question and her reign was plagued with constant plots of insurrection. By portraying Richard, as literary critic Richard Greenblatt describes, “a monster of evil, a creature whose moral viciousness was vividly stamped on his twisted body,” Shakespeare was continuing a smear campaign on the usurped house of York and, more importantly, reinforcing the Tudor claim to the crown. Elizabethan theater was a powerful shaper of public sentiment and Elizabeth was doubtless aware and appreciative of this young author’s efforts on her behalf. Her gratitude would be shown through her protection and patronage as his reputation and prominence grew.