The World's Most Enduring Love Story

The greatest love story ever told, Shakespeare’s powerfully poetic tale of love and loss will steal your heart and leave you breathless.

Transcending the hate of warring families, two star-crossed lovers risk all they have to be together.

Presented with generous support from John and Barbara Schubert. 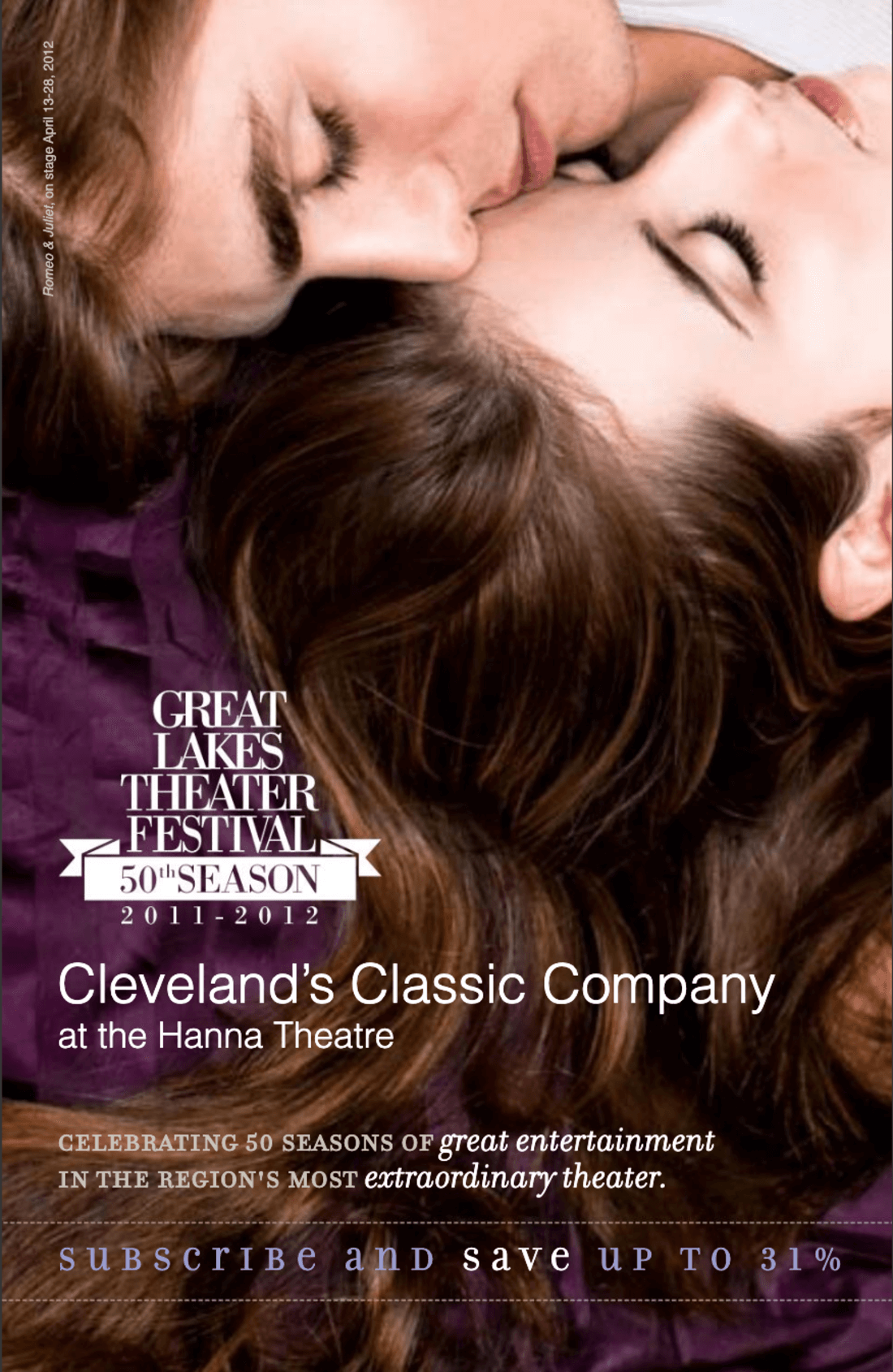 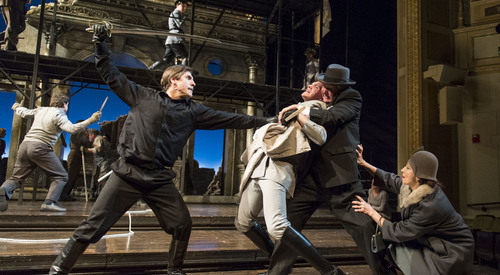 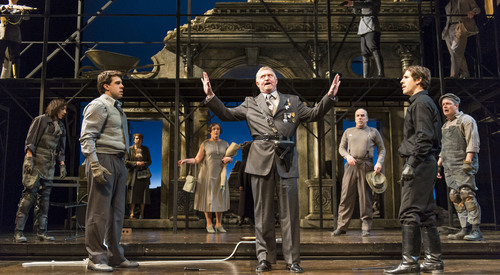 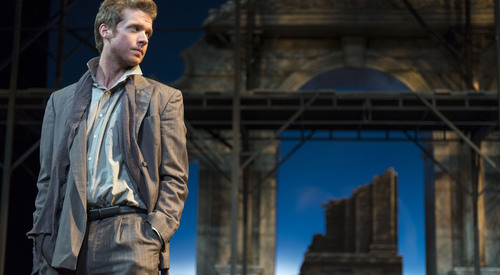 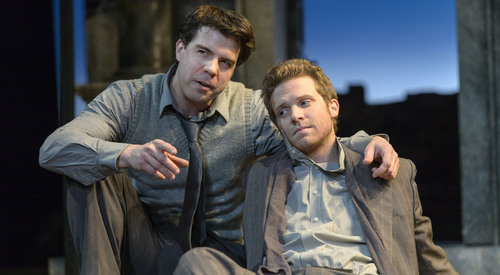 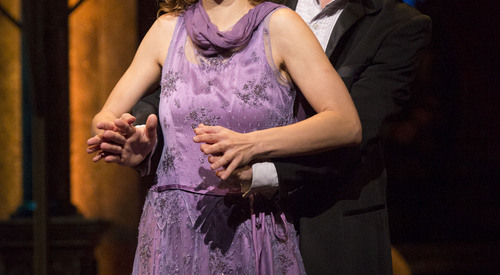 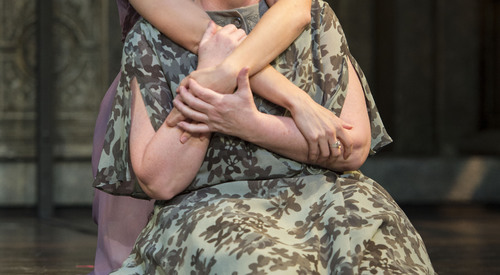 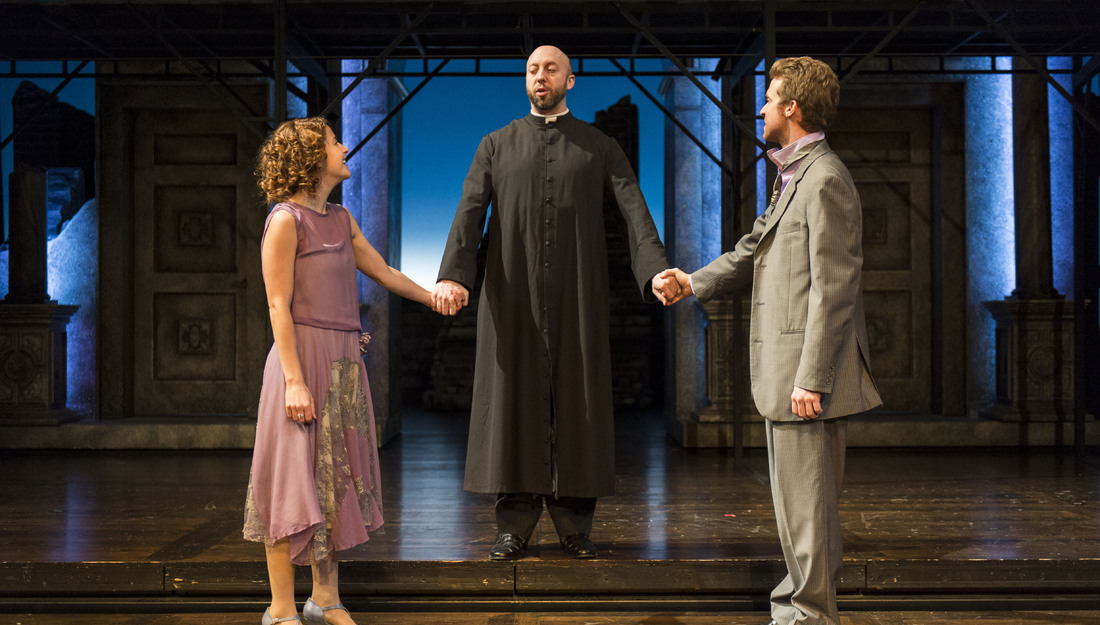 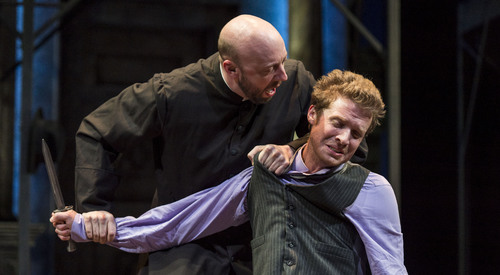 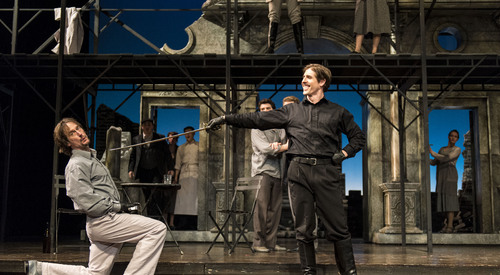 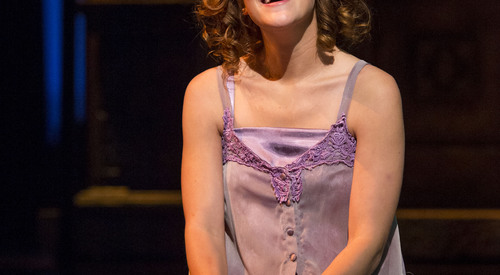 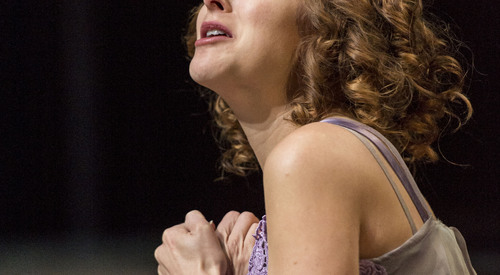 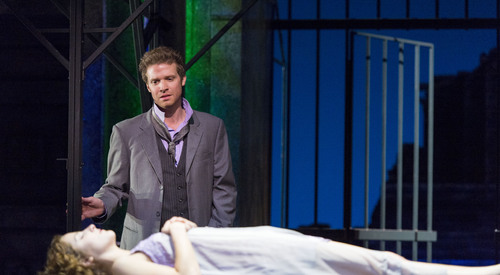 Verona is home to two feuding noble houses, the Montagues and the Capulets. In response to the constant brawling between members of these families, the Prince of Verona has issued an edict that will impose a death sentence on anyone caught dueling. Against this backdrop, young Romeo of the house of Montague has recently been infatuated with Rosaline, a niece of Capulet. Rosaline is quickly forgotten, however, when Romeo and his friends disguise themselves and slip into a masquerade ball at Capulet’s house. During the festivities, Romeo catches his first glimpse of Juliet, Capulet’s daughter. Romeo steals into the garden and professes his love to Juliet, who stands above on her balcony. The two young lovers, with the aid of Friar Lawrence, make plans to be married in secret.

Tybalt, Juliet’s cousin, later discovers that Romeo has attended the ball, and he sets out to teach the young Montague a lesson. Romeo is challenged by Tybalt, but tries to avoid a duel between them since he is now married to Juliet (making Tybalt a kinsman). Mercutio, Romeo’s best friend, takes up Tybalt’s challenge and is killed in the ensuing fight. Enraged, Romeo slays Tybalt. As a result, the Prince banishes Romeo from Verona. Romeo bids farewell to Juliet, though he hopes to be reunited with her once the Capulets learn that they are man and wife.

The Capulets, meanwhile, press for Juliet to marry Paris, a cousin to the Prince. Juliet, relying again on Friar Lawrence, devises a desperate plan to avoid her parents’ wishes. She obtains a drug that will make her seem dead for 42 hours. While she is in this state, Friar Lawrence will send word to Romeo of the situation so that he can rescue her from her tomb. Unfortunately, the letter from Friar Lawrence is delayed. Romeo instead hears second-hand news that Juliet has died. Grief-stricken, Romeo purchases poison and hastens to Juliet’s tomb to die at her side. Meanwhile, Friar Lawrence has discovered to his horror that his letter did not arrive, and he means to take Juliet away until he can set things right.

At the tomb, Romeo encounters Paris, who mourns for Juliet. Romeo slays Paris, then enters the tomb and drinks his poison. As Friar Lawrence comes upon the scene, Juliet awakens only to find the lifeless body of her beloved Romeo. Juliet takes the dagger from Romeo’s belt and plunges it into her heart. Upon this scene, the Prince arrives — along with the Montague and Capulet parents — demanding to know what has happened. Nothing can be done, nothing can be saved. The families look in horror at the tragic consequences of their fatal feud.

“Three civil brawls bred of an airy word ...” For Shakespeare’s audience, the experience of civil strife (central to the plot of Romeo and Juliet) was as palpable as the bloody heads of the political and religious dissidents festooning London Bridge. Queen Elizabeth I reigned over a nation engaged in a bitter sectarian conflict — pitting Protestants against Catholics — which began when her father, Henry VIII, severed ties with the Roman Catholic Church and declared himself Supreme Head of the Church in England. With that, Henry ushered into England the movement known as the Protestant Reformation, as well as a period of horrific sectarian feuding. Elizabeth I succeeded to the crown following the blood bath of “Bloody Mary’s” Counter-Reformation and began her reign by executing nearly as many Catholics as Mary had Protestants.

By the time Romeo and Juliet played before an audience in London, Elizabeth had been on the throne for 37 years, not one of which had passed without some fresh attempt to overthrow the government or murder the Monarch herself. For her part, the Queen rarely let a season pass without the public execution of a political rival or enactment of yet another law to enforce loyalty to the crown and the Church of England.

It is in this context that one must imagine Romeo and Juliet. The Prince’s arrival in the first scene of the play would have sent a chill down the spines of every member of the theater, as he admonishes the fighting families with a speech clearly understood by Shakespeare’s contemporaries,

Rebellious subjects, enemies of peace ... On pain of torture from those bloody hands Throw your mistemper’d weapons to the ground And hear the sentence of your moved Prince.

This was no idle threat to a theatergoer of the day, nor was it a dramatic flourish on Shakespeare’s part. Torture was a very real punishment for rebellion, and the rack was a favored instrument of coercion used by Elizabeth’s secret police to extract confessions. Elizabeth’s rule has been characterized by some scholars (most recently, Clare Asquith in her intriguing book, Shadowplay) as a period of “unprecedented authoritarianism, a police state ... an age of terror ... torture and brutal execution.” For Shakespeare and his audience, the sword fights onstage cut dangerously close to the bone, driving home the relevance of this old tale of star-crossed lovers and feuding families.

But this is not an argument to suggest that the Prince is really Queen Elizabeth, trying to keep her quarrelsome Protestants and Catholics (Capulets and Montagues) from killing each other off. I’ll leave that provocative discussion to Ms. Asquith! Rather, I am trying to build a case for understanding what has always seemed one of the many difficult problems in producing this extraordinary play: namely, to create an experience of true danger in Verona’s streets, a sense of the nearness of death and destruction that haunts every moment of the play. For it is against this backdrop of extreme danger — so present in Shakespeare’s theater — that the wild rush of emotions and the desperate urgency that drives the action of the play become clear.

Most important of all, in this play that Harold Bloom describes as “the largest and most persuasive celebration of romantic love in Western literature,” is that the danger surrounding the characters of Romeo and Juliet acts to intensify our experience of their love, and that the real danger surrounding Shakespeare’s theater would have amplified that already intense event!

Is it possible that the world we live in today has become too dangerous to serve as a backdrop even for this play? We may risk overwhelming the play with too direct a reference to our own experience. Shakespeare’s technique is to create distance from the events of his day by choosing well-known stories set in exotic lands and allowing the audience to connect the dots. Our work on Shakespeare’s plays often leads us to draw a comparison with something we recognize but still have some theatrical distance from, a simile that helps underscore what we find potent or relevant for our audience. The simile gives the director and the design team (and, ultimately, the acting company) a common point of reference, an anchor in the sea of decisions that must be made when creating a production. Sometimes, the point of reference is a specific historical moment (our recent production of The Taming of the Shrew is an example). Other times we refer to a set of conventions or stylistic devices we believe appropriate to the play (Japanese theatrical conventions in our Macbeth). In every case, our success or failure is measured not by the cleverness of the simile but by the experience our audience has of the play.

Our work on Romeo and Juliet has lead us to these decisions: Verona must be a city of danger, a war-torn city just recovering from the first World War (images of the bombed ruins of Italy and Europe after both World Wars have been used in our research, as have more recent images of the ravages of war in the Middle East). The scenic design shows a fragment of a Renaissance wall being supported by scaffolding — a metaphor we all respond to: a 400 year-old piece of art supported by a contemporary framework! The feud of the Capulets and the Montagues must feel all encompassing, not just two households but a broader, political conflict that the Prince is grappling with. Our discussions include the rise of Mussolini and the Fascist party after World War I, which locates the costume designs in the late 1920s. Our intention is that the world of Verona will reflect elements of totalitarianism, a police state, with Prince Escalus and the Montagues representative of an older, aristocratic order and the Capulets as rising industrialists, perhaps aligning with the Fascists; Tybalt as a “Black Shirt.” As with any production at this point in development — one month before rehearsal starts, decisions may change … but this is our starting point.